"Born and raised in Tehran, Iran, Aida Shirazi is a composer of acoustic and electroacoustic music. Shirazi’s music is described as “deliberately unfolding” by The New York Times, “well-made and affecting” by The New Yorker and “unusually creative” by San Francisco Classical Voice.  In her works for solo instruments, voice, ensemble, orchestra, and electronics she mainly focuses on timbre for organizing structures that are often inspired by Persian and English languages and literature, as well as Iranian classical music.

Currently, Shirazi is a Ph.D. candidate of composition at the University of California, Davis and works with Mika Pelo.  She has studied with Pablo Ortiz, Kurt Rohde, Yiğit Aydın, Onur Türkmen, Tolga Yayalar, and Hooshyar Khayam, and attended masterclasses by Kaija Saariaho, Raphaël Cendo, Mark Andre, Claus-Steffen Mahnkopf, and Riccardo Piacentini among others.  Shirazi holds her B.A. in classical piano performance from Tehran University of Art (Iran), and her B.M. in music composition and theory from Bilkent University (Turkey).  In the years 1998-2004, she studied santoor (traditional Iranian hammered dulcimer) with Parissa Khosravi Samani."  Shirazi is a participant of IRCAM's Cursus program in the academic year 2020-21. 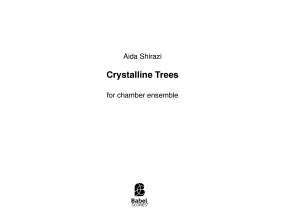 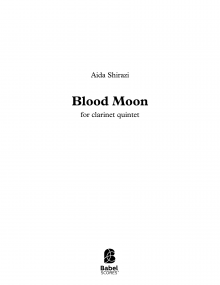 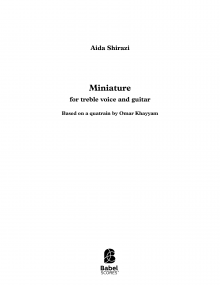 Instrumentation
What The Wind Will Do When You Aren't Looking for a Thousand Years (2019)
for soprano, tenor, and prepared piano
Aida Shirazi 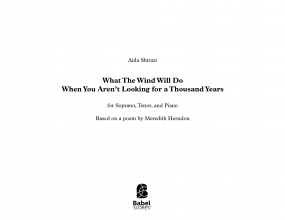 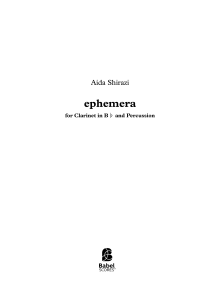 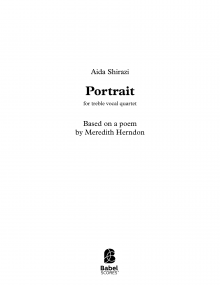 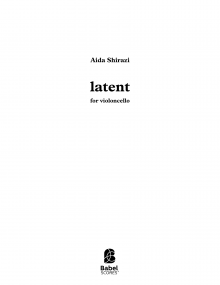 Instrumentation
A Girl (2017)
for treble voice and piano
Aida Shirazi 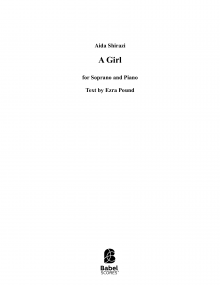 Instrumentation
(Re)Visiting the Land of (Un)Known (2017)
for clarinet in B flat, violin, and piano
Aida Shirazi 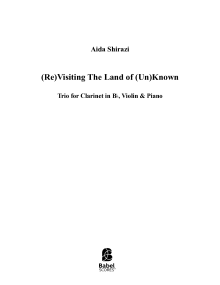 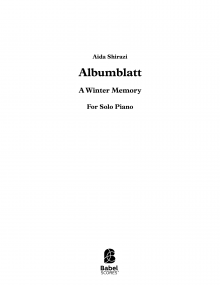 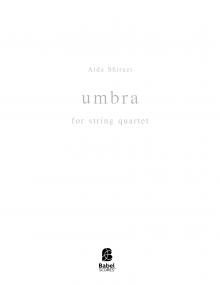 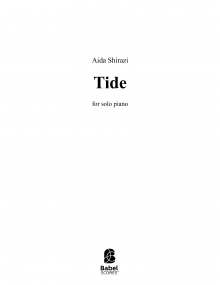 What The Wind Will Do When You Aren't Looking for a Thousand Years for soprano, tenor, and prepared piano (2019)