Benjamin Lavastre was born in 1987 in Aix en Provence.

He studied composition at the CRD in Noisiel with Valéry Aubertin, at the Haute Ecole de Musique de Genève with Michael Jarrell, Luis Naon, Eric Daubresse and Pascal Dusapin and at the Hochschule für Musik in Weimar, Germany with Michael Obst and Ulrich Kreppein.

During his training, he met Helmut Lachenmann, Tristan Murail, Francesco Filidei, Philippe Leroux, Franck Bedrossian and the Ensemble Intercontemporain during Masterclasses. He participated in the Impuls festival in Graz in 2019.

In 2016, he was selected by the Archipel festival in Geneva and presented his piece Raptime for rapper, percussion and electronics. . His electroacoustic pieces are performed and broadcast in the city of Geneva as part of the Mirrors 2015 and Mobility 2018 projects. His works were performed by MDR orchestra, TANA quartet, Ensemble 21 and conductors Ulrich Kern, Kanako Abe, Michele Spotti and Marcel Ortega.

Holder of a Bachelor's degree in composition from the Haute Ecole de Musique of Geneva, he obtained a Erudition Prize awarded by the Conseil d'Etat de Genève.

Also a guitarist, he performs and specializes in contemporary music, taking lessons from Mats Scheidegger, Dusan Bogdanovic and Arnaud Dumond.  His pieces Suite de Gobi for 2 guitars and electronics or L'aire du Verseau for 4 guitars, ensemble and electronics were performed in 2018.

In 2019, he was selected for the ARCO Composition Academy in Marseille and presented his quartet überschritten played by the TANA string quartet. As part of the Bauhaus 100th anniversary celebrations, he composed Variationen über ein geometrisches Thema nach Kurt Kranz based on the artist's film with the MDR Leipzig Radio Symphony Orchestra. The piece was premiered on November 28 in Leipzig conducted by Ulrich Kern. 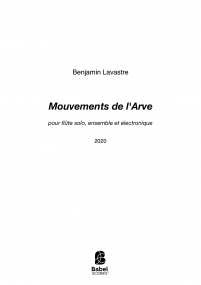 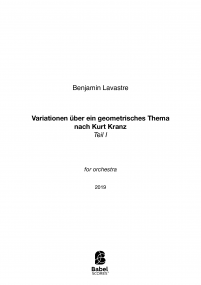 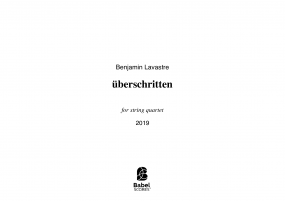 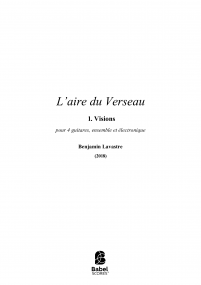 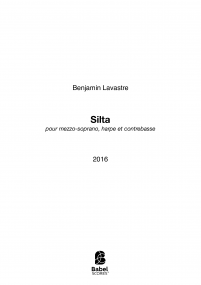