Play all audio recordings
Demian Rudel Rey (Buenos Aires, Argentina - 1987), composer and guitarist.
Demian is currently pursuing a Master’s degree in Instrumental Composition at the Conservatoire National Supérieur Musique et Danse de Lyon with Martín Matalon and Philippe Hurel (composition) as well as with Michele Tadini (musical technologies). In addition, he was selected to take part in the "Barcelona Modern Project - Institut Français" with José Manuel López López, the Mixtur Festival Workshop with Tristan Murail and the IDEA Masterclass with Franck Bedrossian. He has also participated in masterclasses and followed conferences by Francis Dhomont, Horacio Vaggione, Michaël Levinas, Annette Vande Gorne, Robert Normandeau, Hans Tutschku, Hèctor Parra, Wolfgang Heiniger, Mario Mary, among others.
In Argentina, he obtained his Higher Diplomas in Musical Arts specialized in Guitar at the "Astor Piazzolla" Conservatory where he studied with Walter Ujaldón and Luis Caparra, and at the EMBA (Escuela de Música de Buenos Aires). Demian holds a Bachelor's Degree in Composition and a Master's Degree in Combined Arts from the National University of Arts, where he studied with Santiago Santero.

He defines his music as "a dynamic and explosive time experience as a sort of supernova". The notion of an irregular temporality, sometimes dilated and sometimes contracted, is very important in the structure of his works. In a similar way, the rhythm and the harmony are inseparable from the temporal development of his pieces; they form a discontinuous line that changes by different musical processes.
Within his compositions, each musical idea must be linked to a unique temporality and also to a timbre of its own. At the same time, he is particularly interested in sounds that have a fragile and unpredictable sonorities. Many of his compositions are inspired by literature or pictorial sources and he often work on the idea of the oxymoron in my music, featuring antagonistic musical elements that are connected.

Demian Rudel Rey is the coordinator of the Bahía[in]sonora Festival. He received the “Gisela Timmermann” Scholarship from the Mozarteum Argentino and the support the support of BECAR from the Argentine Cultural Ministry. His works are published by BabelScores (France), Métamorphoses (Belgium), Taukay Edizioni Musicali (Italy) and CMMAS (Mexico). 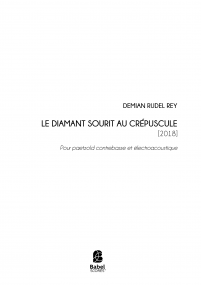 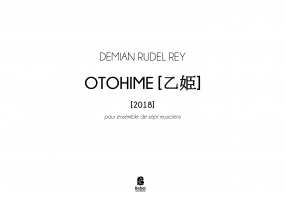 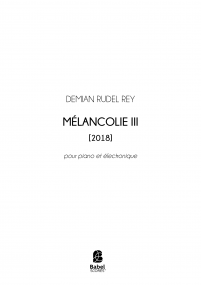 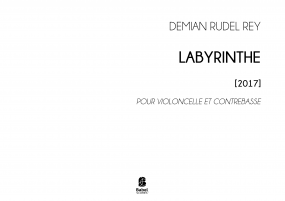 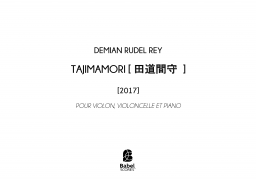 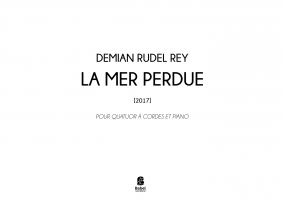 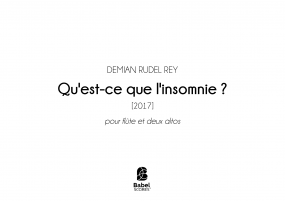 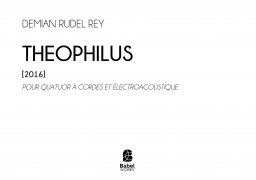 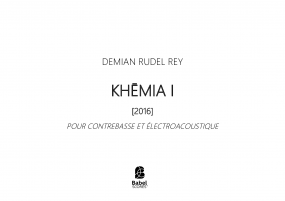 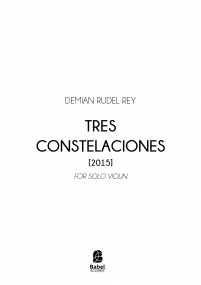 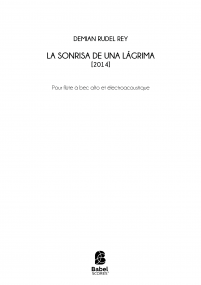 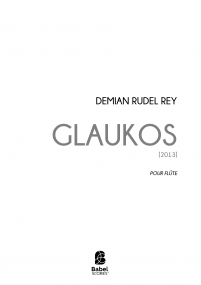 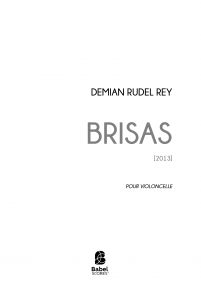 Theophilus for string quartet and electronics (2016)