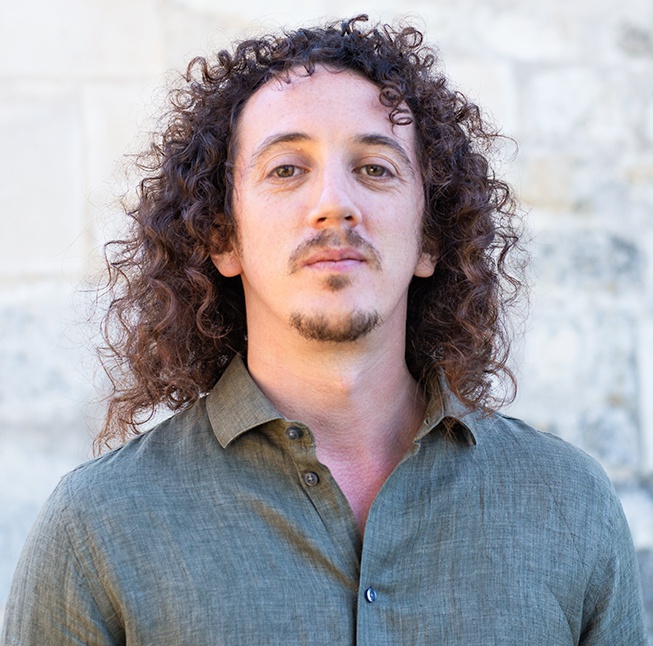 He has been an artist-in-residence at Villa Medicis (2015) and Casa de Vélazquez (2017-2018). As a composer, he has written for the ensembles Intercontemporain, MusikFabrik, Modern (Moscow), Links, Divertimento, NeueVocal Solisten, the CNSM Laureates Orchestra, the Ensemble Orchestral Contemporain, the Diotima quartet, Tana quartet, Ensembles Regards, Proxima Centauri, Hantsu Miroir, Paramirabo, etc. As a pianist, he played in France and abroad and has performed with orchestra, including Prokofiev's 3rd Concerto or Rachmaninoff's 3rd Concerto.

His language transposes the traditional timbric tension-relaxation, ranging from the noisiest performance modes to the smoothest frequencies, in a delivery that often emerges with reduced intensity. Indeed, his universe was built on musical scales patiently developed over time and my encounters, integrating micro-intervals in an extremely natural manner. This research has been recognised with several distinctions : his work Polychromies 1 won the 1st prize at the 2011 Jurgenson Competition, and was also awarded at the 2016 Franco Donatoni competition, alongside his string quartet Fragrances (2nd prize in the 2016 Sorodha competition).

In his pieces with electronics, such work may appear like a "degradation" of instrumental performance as in Strophe 1 for piano and electronics (Chevillond-Bonneau Prize of the 2014 Orleans Piano Competition), "Strophe 3" for flute and electronics (2016) or, more recently, "Catharsis" for 2 pianos and 2 percussion instruments, commissioned by IRCAM for the Manifeste 2018 festival. This particular work also explores the "concrete" deformation of physical instruments by means of sensors and vibrators arranged on the piano soundboard, and on the membranes of the percussion instruments, becoming thus hybrid ones.

These notions have also pervaded his vocal works, where his highly discursive language allows rendering the literary argument in an original and relevant way. This is indeed the case of the opera "Maudits les Innocents", of which he composed the Act III "Le monde est devenu sombre"on a libretto by Laurent Gaudé, premiered in 2014 at Opéra Bastille, but also of his second opera project "La Dame Rouge", on an original libretto by Brigitte Athea, currently being written, the instrumental prologue of which was performed in 2018 in Rome, Paris, Madrid and Marseille by the Ensemble Orchestral Contemporain. These vocal productions are often recognised, such as 'Instants Mêlés' which received the Salabert foundation prize in 2014. In 2017, he received the commission by the Divertimento Ensemble and the Neue VocalSolisten to compose "D'un Soleil Arachnide" on texts by M. Kaïr- Eddine, published by Impronta Verlag.

Today, this implication of instrumentalist's gesture in connection with writing is exemplified by his current partnership with the ensembles Regards and Proxima Centauri, where he serve in a dual capacity as both pianist and composer. These collaborations have given birth to major projects such as Mogari, for hybrid instruments (Festival Presences 2022) and Ravages, piano concerto for a Franco-Canadian tour bringing together three ensembles. In 2022, he is selected for the PhD program SACRe (Paris) with ENS, PSL and CNSMDP in music composition. 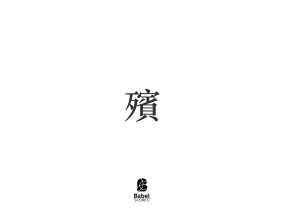 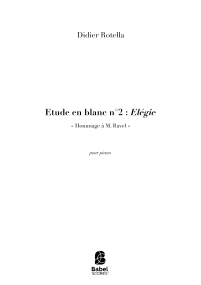 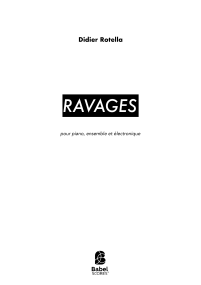 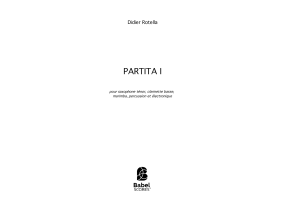 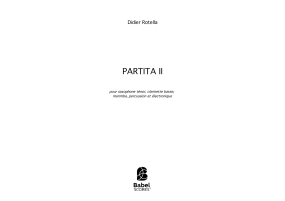 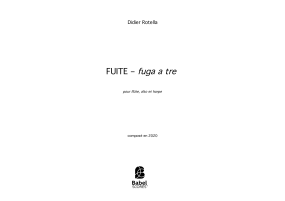 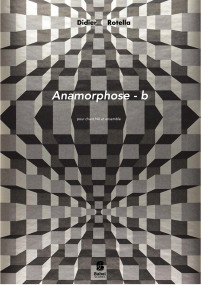 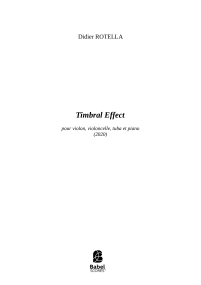 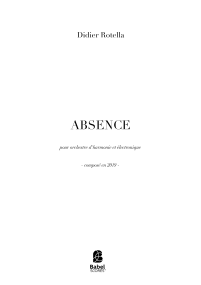 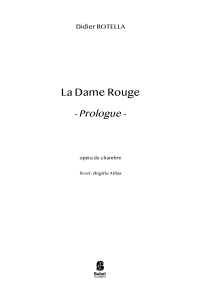 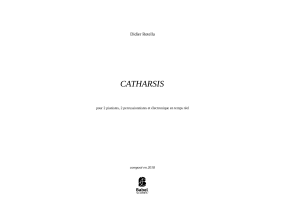 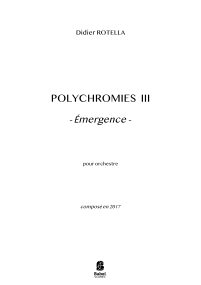 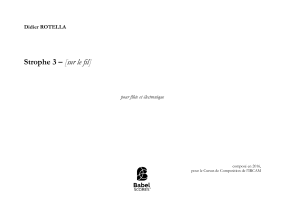 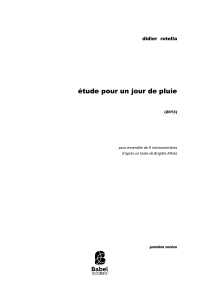