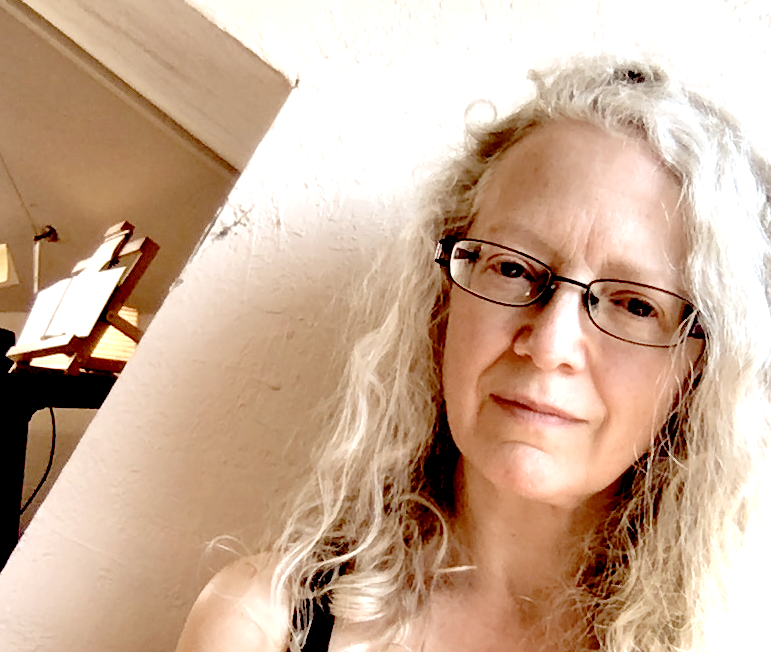 Play all audio recordings
A dual citizen (UK/USA), Evelyn Ficarra has been an active composer and sound artist for over thirty years. Her roots as a composer are in electro-acoustic and collaborative work including music for dance, film, theatre, music theatre/opera, radio, installation and the concert hall. Her music has been heard in concert halls, theatres, music festivals, film festivals, on television and in radio broadcasts in the UK, Europe, the Americas, Australia and the Far East. Her solo CD Frantic Mid-Atlantic is available on the Sargasso Label www.sargasso.com. Recent commissions include strange birds for fixed electronic sounds (Rainy Days Festival, Luxembourg 2021) and Submerged for solo cello (Royal Academy of Music 200 project, London 2021). Past projects include Deuce for flute, harpsichord and electronics, vagues / fenêtres for string trio with electronic sounds, (premiered at the 2009 MANCA Festival) and The Arbitrariness of Language for solo piano, performed in the USA and Switzerland by Eva-Marie Zimmerman, all available through Babelscores.  She is an active improvisor and has on-going collaborations with video artist Ian Winters, composer/improvisor Myra Melford, performance artist / composer Chris Evans, composer Heather Frasch,  and choreographer paige starling sorvillo, among others. Evelyn holds a PhD in Music Composition from the University of California, Berkeley, and also studied at the University of Sussex and the National Film and Television School.

Evelyn's recent interests in robotic performance lead her to initiate a Robot Opera research project at the Centre for Research in Opera and Music Theatre at the University of Sussex. This project investigates robotic embodiment, performance and vocality through both practice based projects and scholarly reflection. She has produced three short robot operas within the project; O, One for two Nao robots (Softbank Robotics) and cello (2017); Here, Kittykitty for a singer, cellist, Pepper Robot (Softbank Robotics), robot cello (adapted by Sam Bilbow) and a robot cat (2019); and Robo_Op for Cleo (a realistic Mesmer robot designed and build by Engineered Arts), singer, cello, and a bucket head chorus (2021). O, One and Robo_Op were directed and co-devised by Tim Hopkins; Robo_Op  also featured choreography by Janine Fletcher. All three short operas were given workshop performances at the University of Sussex where Evelyn is a Senior Lecturer in Music.

Evelyn interest in robots and robot voice is a natural outgrowth of her work as a sound artist, with a focus on the recorded sound object.  This initially expressed itself through acousmatic music in earlier pieces such as Source of Uncertainty and Those Roads (featured on her solo album, Frantic Mid-Atlantic).  In more recent years this has morphed into explorations re-embodied sound (using transducers attached to objects in audiovisual installations such as Piano Bench Variations and Ghost Cup) and in laptop improvisation, featuring both re-animation of recorded sounds through Max MSP and live sound object performance. Further information, including links to videos and recordings, can be found on Evelyn's website https://evelynficarra.net/ .
Website:
Ordered by year. Most recent works appears first 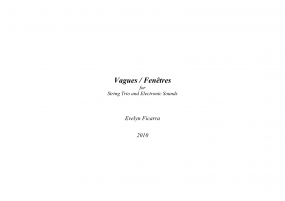 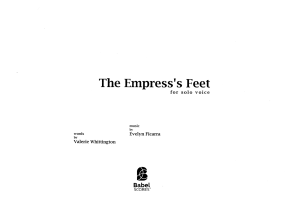 The Arbitrariness of Language (2013)