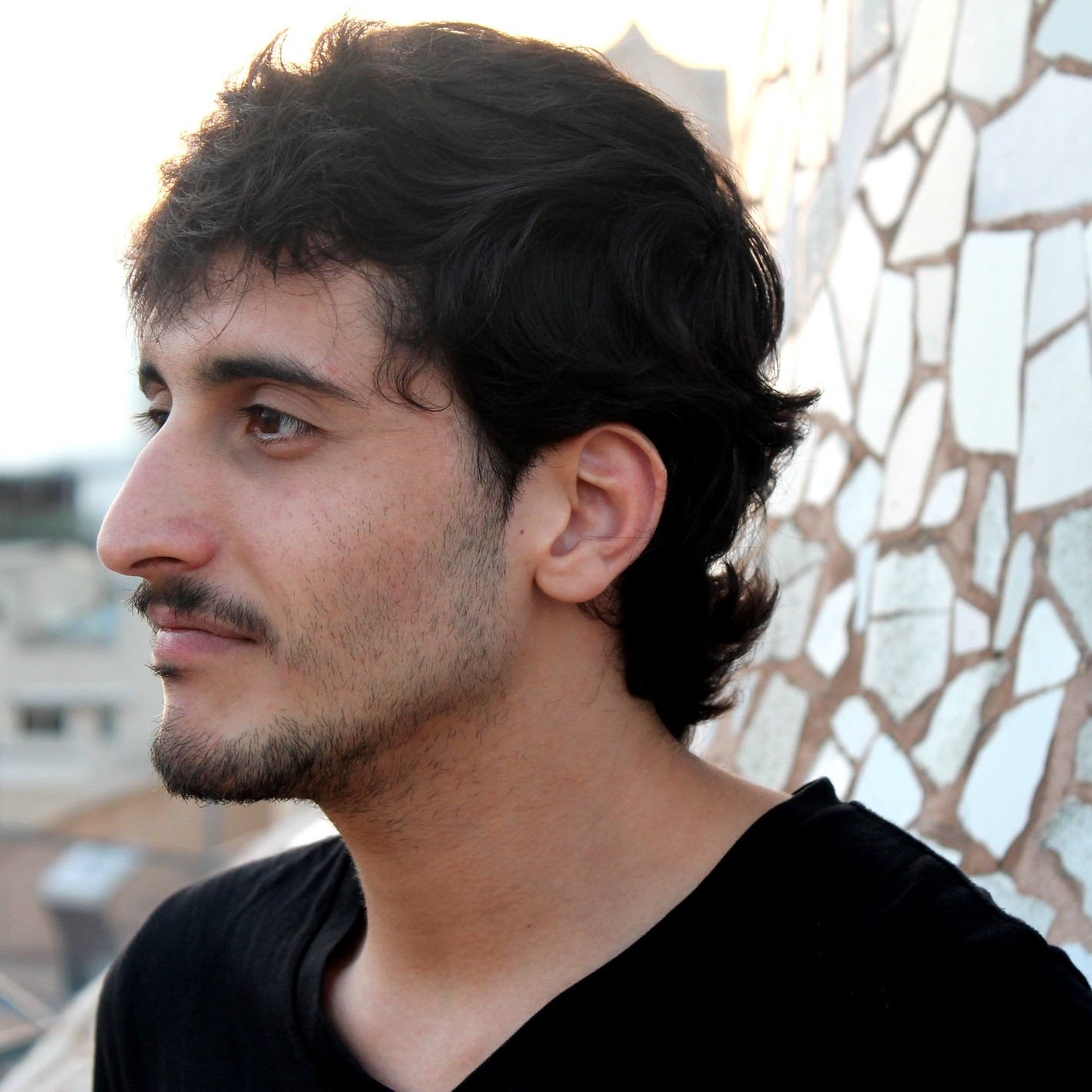 Play all audio recordings
Fabià Santcovsky (Barcelona, 1989) began playing the guitar during his teens, and the compositional approach was present from the very first moment in his relation to the instrument. He first studied Physics at the Universitat Autònoma de Barcelona, and then entered the Escola Superior de Música de Catalunya to study Composition in 2009 with Gabriel Brnčić and Mauricio Sotelo. He later studied under Marco Stroppa at the Staatliche Hochschule für Musik und darstellende Kunst Stuttgart. He now lives in Berlin and is studying for a Masters in Composition (Specialty Music Theatre) at the Universität der Künste under Daniel Ott.
He has received tuition from George Benjamin and Chaya Czernowin during the ManiFeste Academy organized at IRCAM in 2014 and from Beat Furrer, Pierluigi Billone and Clemens Gadenstätter at IMPULS Academy 2015 in Graz. He also attended master classes by Helmut Lachenmann, Klaus Huber, Salvatore Sciarrino, Hilda Paredes, Ramon Lazkano, Aureliano Cattaneo, Mauro Lanza, Marc Sabat, Elena Mendoza and Iris ter Schiphorst in different music universities.
His work has been recognized in competitions such as Toru Takemitsu Composition Award (Japan, 2015), International Composer Pyramid (UK & France, 2012), 'Francisco Escudero' Composition Competition (Spain, 2011) and 'Creación Joven' (Spain, 2011): and he has been commissioned by the Aldeburgh Festival (UK), the Universitat Pompeu Fabra (Spain) and the Association Contrebassensembles (France). His music has been part of the opera-installation 'Ödipus Lost' premiered at the Musiktheatertage Wien festival (Austria, 2015). He holds the 'Wardwell' grant from the Alexander von Humboldt Foundation for his studies of Master in Germany and has received several grants from the Catalan Government for his artistic creation and formation.
His music has been performed by the Tokyo Philharmonic Orchestra, Orchestre Philharmonique de Radio France, Ensemble Intercontemporain, Exaudi Vocal Ensemble, Arcadia Quartet, Ensemble BCN-216, ICP Ensemble, Duo Arena and Zahir Ensemble among others, and his music sounded in Spain, France, United Kingdom, Germany, Portugal, Austria and Japan.
Ordered by year. Most recent works appears first