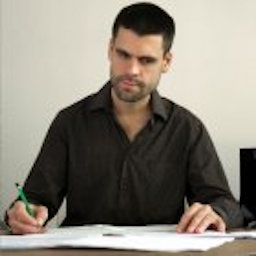 Play all audio recordings
was born in 1980 in Paris.
He studied at the Paris Conservatoire of Music and Dance (CNSMDP), where he obtained : - a Master's degree of Composition (with the best distinction, class of Frédéric Durieux)
and seven other Prizes of : - Composition, Orchestration (class of Marc-André Dalbavie), Musical Analysis (class of Alain Louvier),
Musical Culture (class of Brigitte François-Sappey), Harmony (class of Cyrille Lehn), Counterpoint (class of Jean-Baptiste Courtois) and XXth Writing (class of Edith Lejet).
He is also qualified by the University of Paris IV-Sorbonne (Bachelor’s degree of Musicology) and by the Regional Academy of Music (CRR) of Paris (4 first Prizes in Orchestration, Musical Analysis, Harmony and Counterpoint).
Since 2004, he has been a teacher of Musical Theory at the Academies of the Vth and VIIth districts of Paris.
His works have been played in Europe, United States and Japan by : - the Philharmonic Orchestra of Radio France, the Choir of Radio France, the Tokyo Philharmonic Orchestra, the Philharmonic Orchestra of Luxembourg (under the conducting of Peter Eötvös), the National Orchestra of Lille, the Orchestra of Caen and the Paris Conservatoire Orchestra (CNSMDP).
He also worked with ensembles such as : - the Ensemble Itinéraire, the Ensemble Cairn, the Ensemble Linea, the Smash Ensemble, the OrchestrUtopica, the Instant Donné, Proxima Centauri, the Neue Vocalsolisten.
He received commissions of Radio France, of French Ministry of Culture (commissions of State) and of private foundations (Mécénat Musical Société Générale).
These works, broadcasted at many times by France Musique radio, were played during various forums or festivals :
- Voix Nouvelles (Royaumont), Acanthes, Aspects des musiques d’aujourd’hui, City of London Festival, Sounds New, forums of the International Society for Contemporary Music (ISCM).
Since 2008, he has obtained several awards : - 1st Prize of the Toru Takemitsu Composition Award (2012, Tokyo Opera City)
under Salvatore Sciarrino's chair - Prizewinner of the Banque Populaire Corporate Foundation (2012) - Pierre Cardin Prize (2011, Académie des beaux-Arts, Institut de France) - 1st Prize of the competition Appassionato (2010, Caen)
under Gilbert Amy’s chair - Prize of the 55th International Rostrum of Composers (2008, Dublin)
(International Music Council, Unesco) - 1st Prize of the competition Tactus (2008, Belgium)
members of the jury : J.Anderson, J.-P.Dessy, M.Jarrell, H.Kyburz, C.Ledoux, B.Mantovani - Prize of the Salabert Foundation (2008, given as prizewinner of the Paris Conservatoire, CNSMDP)
From 2010 till 2012, he has been in residence in Casa de Velázquez (Academy of France in Madrid).
Ordered by year. Most recent works appears first 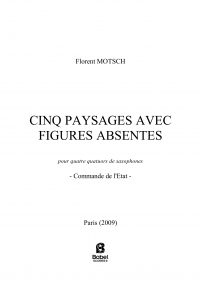 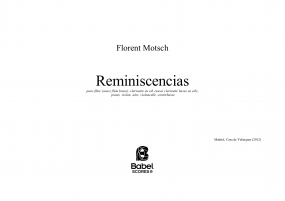 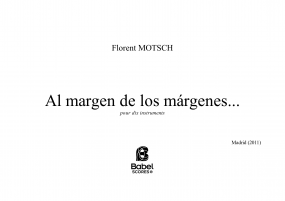 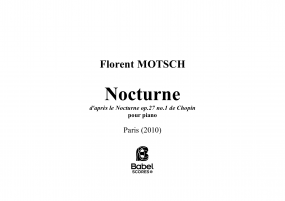 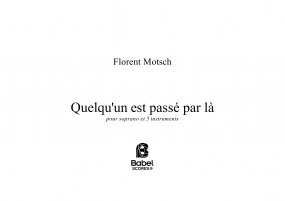 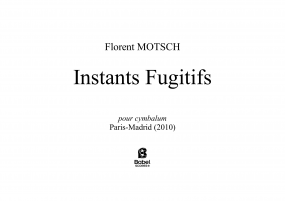