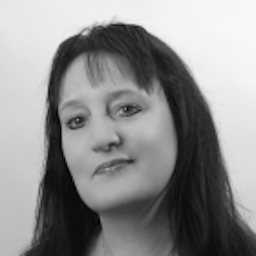 Play all audio recordings
Gráinne Mulvey DPhil MA BA(Hons)
Composer
Her music has been widely performed and broadcast in Ireland, Europe, the U.S. and Asia. She has been the recipient of awards and honours such as the RTE Young Musician Of The Future, Composers’ Class, in 1994 and the St John’s Memorial Foundation Prize, Waterford and Newfoundland, Canada in 2003. Her orchestral music has been performed by RTE National Symphony Orchestra, (Ireland), the Northern Sinfonia, (U.K.), the Ulster Orchestra, (N.I.), the Romanian Chamber Orchestra, the Lithuanian National Symphony Orchestra and the Hradec Králové Philharmonic Orchestra, (Czech Republic) and her ensemble music has been performed by Concorde, (Ireland,) Tampere Raw Ensemble, (Finland), Palomar Ensemble Chicago, and the Kommandaria Sax Quartet, (Cyprus) to name but a few. Soloists such as Joe O’Farrell (flute), Elizabeth Hilliard (soprano), Martin Johnson (cellist) and Annette Cleary (cello), have also championed her music regularly.
She has represented Ireland in The International Rostrum Of Composers, with Étude for solo piano in 1994 and Scorched Earth for orchestra in 2006. Her music was selected to represent Ireland at ISCM World Music Days in both 2008 with Akanos for orchestra and Stabat Mater for choir in 2009. She is Head Of Composition at the Conservatory Of Music & Drama, DIT, Ireland.
Two of her pieces, Sextet Uno and Rational Option Insanity, have been recorded by the Concorde Ensemble, on the Black Box label in 1999. Her Soundscape for violin, cello, percussion and tape was issued on CD by the Avantgarde Akademie in Schwaz, Austria in 1996.
Akanos for orchestra was included on the CD Contemporary Music from Ireland, Vol 7 (CMC)
She was the subject of an in-depth profile on Swiss Radio in 2008 and a programme of her major orchestral pieces was aired by Slovenian Radio in 2009.
Her CD Akanos is out on PARMA Recordings, since February 2014 and has received several broadcasts in the Ireland and in the USA.
Her Trinity Fanfare (2004) was published by Prairie Dawg Press, U.S.A. She is represented by the CMC Ireland, AIC, IMRO, IAWM, (International Alliance for Women in Music,) Donne In Musica and is a member of Aosdána, Ireland’s organisation of creative artists. www.grainnemulvey.com
Ordered by year. Most recent works appears first