Play all audio recordings
Huck Hodge writes music that explores the embodied poetics of organized sound, perceptual illusion and the threshold between design and intuition. Uniquely northwestern American light patterns act as an inspiration in much of his music - the way that a piercing slant of light, breaking through a dreary cloudscape, casts an intense, otherworldly chiaroscuro on the landscape - the ethereal yellowness of the light in bas-relief against the yawning darkness of the sky. These stark contrasts in light and dark find their way into his striking combination of pure and dissonant harmonies, widely spaced orchestrations and vast, diffuse timbres. A composer of "harmonically fresh work", "full of both sparkle and thunder" (New York Times), his music has been praised for its "immediate impact" (Chicago Tribune), its "clever, attractive, streamlined" qualities (NRC Handelsblad, Amsterdam) and its ability to "conjure up worlds of musical magic" with "power and charisma" (Gramophone Magazine, London). His music has been performed at Carnegie Hall, Lincoln Center and at numerous major festivals throughout the world - the New York Philharmonic Biennial, Berliner Festspiele, Gaudeamus Muziekweek, Shanghai New Music Week, ISCM World Music Days and many others. His musical collaborations include those with members of Ensemble Modern and the Berlin Philharmonic, the Seattle Symphony, the Orchestra of the League of Composers, the Aleph, ASKO/Schónberg, Dal Niente, Divertimento, SurPlus and Talea ensembles, the Daedalus, JACK, Mivos, and Pacifica string quartets, and numerous other ensembles.  Recordings of his music appear on the New World and Albany record labels. Hodge was educated at Columbia University and at the Staatliche Hochschule für Musik und Darstellende Kunst in Stuttgart, Germany where he studied with noted "spectralist" composers Tristan Murail and Marco Stroppa. In 2018 he was awarded the Charles Ives Living, the largest and most prestigious music award conferred by the American Academy of Arts and Letters. Other major awards include the Rome Prize, the Gaudeamus Prize, and fellowships from the Guggenheim Foundation, the Koussevitzky Foundation in the Library of Congress, the Fromm Foundation at Harvard University, the American Composers Forum, the Barlow Endowment, Music at the Anthology, the Siemens Musikstiftung and the Deutscher Akademischer Austauschdienst, among many others. Hodge is Associate Professor and Chair of the Composition program at the University of Washington.
Website:
Ordered by year. Most recent works appears first 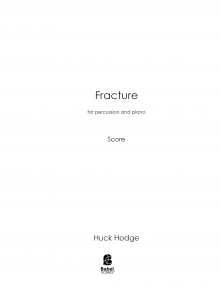 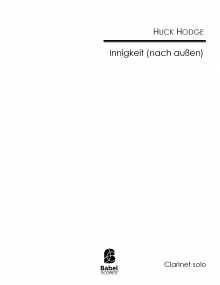 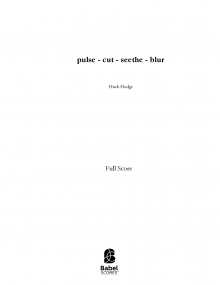 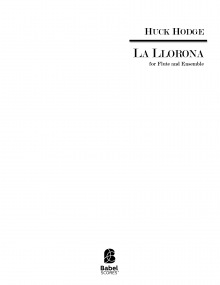 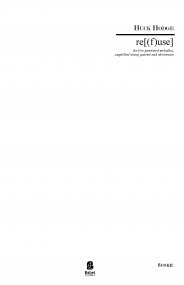 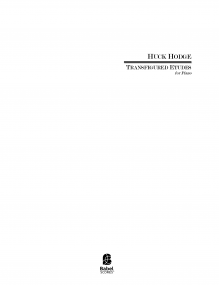