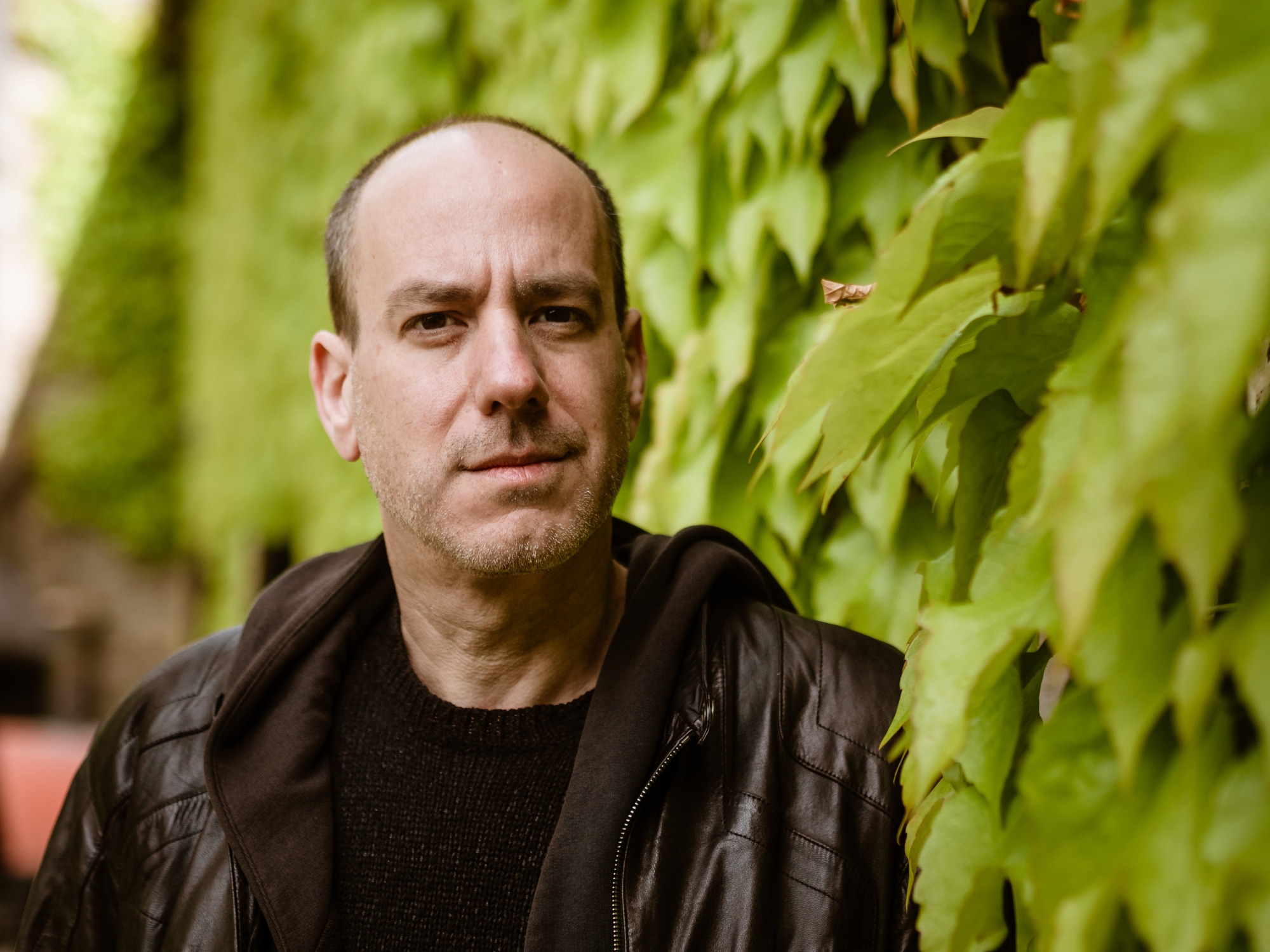 Joshua FINEBERG began his musical studies at the age of five; they have included – in addition to composition – violin, guitar, piano, harpsichord and conducting. He completed his undergraduate studies at the Peabody Conservatory with Morris Moshe Cotel where he won first prize in the bi-annual Virginia Carty de Lillo Composition Competition. In 1991, he moved to Paris and studied with Tristan Murail. The following year he was selected by the IRCAM/Ensemble InterContemporain reading panel for the course in composition and musical technologies. He worked for several years as a free-lance composer in Europe and as a consultant researcher at IRCAM, then, in the Fall of 1997, he returned to the US to pursue a doctorate in musical composition at Columbia University, which he completed in May 1999. After teaching at Columbia for a year, he went to Harvard University where he taught for seven years and was the John L. Loeb Associate Professor for the Humanities. In September 2007, Fineberg left Harvard to assume a professorship in composition and the directorship of the electronic music studios at Boston University. In 2012 he became the founding director of the Boston University Center for New Music. Beginning in 2015 he has shared his time between Berlin which has become his primary residence and the United States. He has won numerous national and international prizes and scholarships and is published by Editions Max Eschig, Gérard Billaudot Editeur and BabelScores.

In 2011, Fineberg was named an Artist Fellow of the Massachusetts Cultural Council and in 2016 he was named a Chévalier de l’ordre des arts et lettres by France. Fineberg’s works are widely performed in the US, Europe and Asia. A monographic CD of his music recorded by the Ensemble Court-Circuit was released in 2002 as a part of Unviersal France’s Accord/Una Corda collection, another CD recorded by the Ensemble FA was released by Mode Records in June 2009 and in 2012 a CD with his complete works for Piano, performed by Marilyn Nonken, was released by Divine Art/Métier. A new CD of his works Sonic Fictions was released in April 2018, also by Divine Art/Métier. Major projects include an ‘imaginary opera’ based on Vladimir Nabokov’s Lolita for actor, dancers, video, ensemble and electronics realized in collaboration with JOJI; Speaking in Tongues, a concerto written for Les Percussions de Strasbourg’s 50th anniversary tour, Objets trouvés written for the ensemble Court-circuit and La Quintina for string quartet and electronics written for the Arditti Quartet and premiered at the Ultraschall festival in Berlin that marked the first co-realization between the ExperimentalStudio in Freiburg and IRCAM in Paris. Recently he completed an evening-length immersive musical theater work for Chicago’s Dal Niente Ensemble and Mocrep which was premiered in June 2017.

Besides his compositional and pedagogical activities, Joshua Fineberg actively collaborates with music psychologists and computer scientists in music perception research and helps develop tools for computer assisted composition, acoustic analysis and sound modification. He has been involved in working with performing ensembles and as producer for recordings of many ensembles and soloists. Joshua Fineberg is also the issue editor for two issues of The Contemporary Music Review on “Spectral Music” (Vol. 19 pt. 2 & 3) and for a double-issue featuring the collected writings of Tristan Murail in English (Vol. 24 pt. 2&3). From 2003-2009, he served as the US Editor for The Contemporary Music Review, where he still serves on the editorial board. His book Classical Music, Why Bother? was published by Routledge Press in 2006. 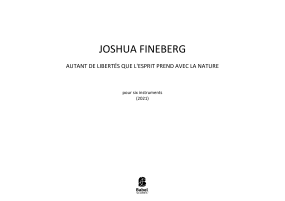