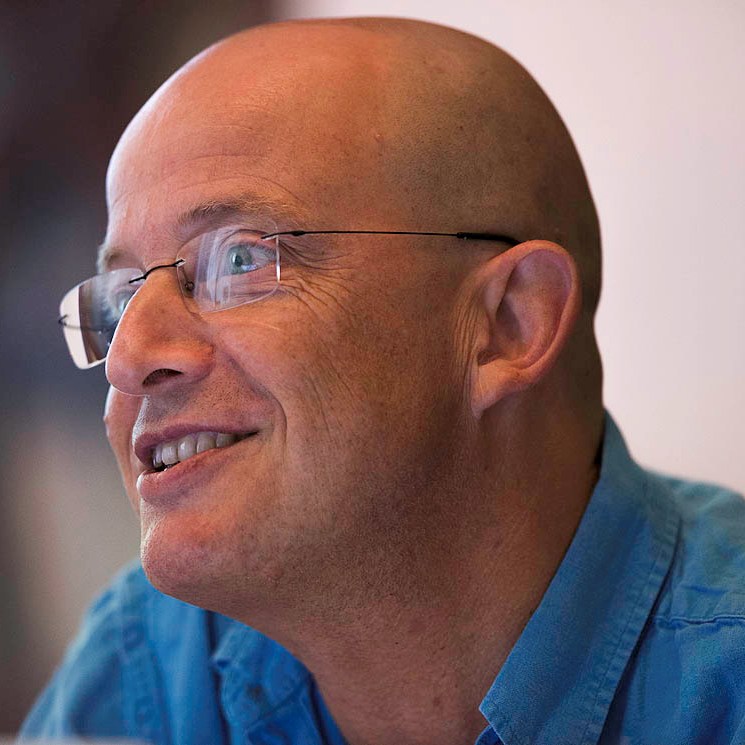 Play all audio recordings
Distinguished for his work’s originality and diversity, Miguel Azguime’s musical world reflects an approach that relies on his multifaceted capabilities as a composer, performer and poet. This threefold activity closely reflects an almost mystical vision of music and art.
Together with Paula Azguime he founded the Miso Ensemble in 1985, a duo recognised by the public and by the critics alike as one of the most important Portuguese contemporary performing groups.
Miguel Azguime’s music relies on aesthetic innovation and freedom, revealing an intensively emotive mix of acoustic instrumental writing and electronics.
Composer and poet, Miguel Azguime relentlessly challenges the boundaries between music, text and drama, hence shaping new grounds in contemporary music and redefining music theatre and opera.
The connections between "Azguime" the composer and "Azguime" the poet and performer, gave birth to a unique text and music relationship, developed in the Electroacoustic Theatre and New Op-Era concepts. The multimedia operas “Salt Itinerary” (2006) and " A Laugh To Cry" (2013) are some of the many works materialisation this idea.
Miguel Azguime’s music has been performed all around the globe by renowned soloists, ensembles and conductors, being regularly presented at some of the major international contemporary music festivals.
Besides his creative work, he his actively engaged in promoting Portuguese New Music, as artistic director of numerous projects, namely Miso Music Portugal, Música Viva Festival, Miso Records, the Portuguese Music Research & Information Centre, ..., and also as researcher.
Ordered by year. Most recent works appears first