Paulo Brito is an award-winning Brazilian-American composer and pianist, currently based in Toronto (Canada). First-Prize Winner of the Toru Takemitsu Composition Award—awarded by world-renowned composer Unsuk Chin for his orchestral work Staring Wei Jie to Death, Brito has been featured at prestigious international venues, including the Shanghai Conservatory New Music Week and University of Toronto New Music Festival. His music has been performed by illustrious artists including Japanese Noh singer Ryoko Aoki, conductor Yoichi Sugiyama and the Tokyo Philharmonic Orchestra.

In his music, Brito draws upon influences ranging from Western opera to East Asian music drama, reflecting his cross-cultural interest in fusing different forms of performance—music, theater, dance—into unified, multidimensional expressive events. Much of his recent work explores the genre of contemporary music theater, where he has produced experimental, integrative pieces that uniquely dramatize the concert setting while remaining totally abstract. Brito’s engagement with interdisciplinary performance is particularly informed by his study of Japanese Noh drama, which has inspired pieces like his Deadweight of Love for Noh singer (2018) and Sotoba Komachi for ensemble (2019). Brito’s exploration of music theater has extended to dramatizing his own performance in his piano piece . . . nothing but a string of songs (2018).

Brito has studied composition with a number of renowned composers and teachers, including Toshio Hosokawa, Anthony Cheung and Christos Hatzis. Currently completing his doctorate at the University of Toronto, he previously studied comparative literature at the University of Chicago (M.A. 2016), Classics at Columbia University (B.A. 2013), and piano and music theory at the Kiev Conservatory (Ukraine). 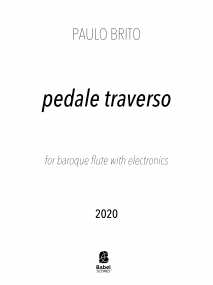 Instrumentation
. . . nothing but a string of songs. (2018)
Two Étude-Transcriptions for pianist, 2 pianos & tape
Paulo Brito 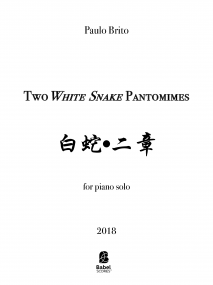 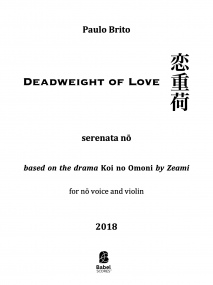 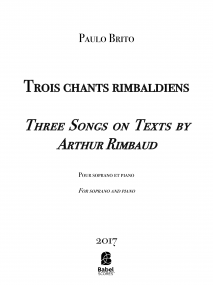