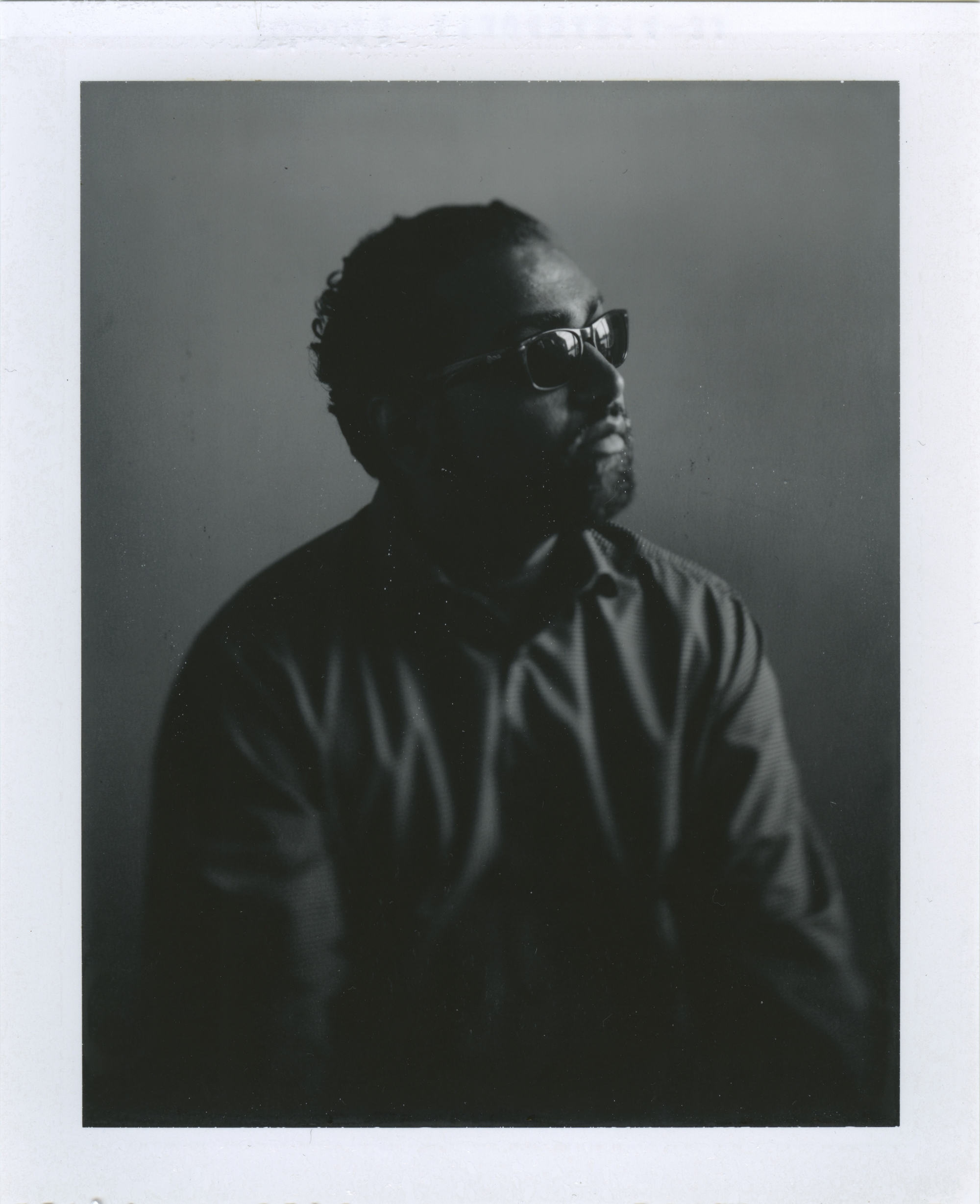 Ravi Kittappa is a composer of orchestral, chamber, vocal, and electronic music currently residing in California. His works often focus on the uniqueness of each performance by utilizing contrasting juxtapositions of transitional processes within shifting pulsations, harmonies, gestures, and timbres while drawing upon the various musics of his diverse background.

His music has been heard across the US, Europe, and Asia. The New York Times described the “vivid soundscapes” of a recent performance of his work, Decantations III, as ”alluring” and “meditative”. He has been commissioned and performed by the Dutch National Opera, violist Garth Knox, Hasco Duo, andPlay, Talea Ensemble, Ostravská Banda, The Janacek Philharmonia, Quince Vocal Ensemble, violinist David Danel, Concert Black, TIGUE, and Parias Ensemble, among others. He has had sound art works commissioned and installed by The Baltimore Museum of Art, The American Visionary Art Museum, The United Nations Day for South-South Cooperation, and the Columbia University Computer Music Center. He has been honored to be selected as a participant at international festivals like Ostrava Days, Bowling Green New Music Festival, Etchings Festival, Omaha Under the Radar, MATA Festival, World Saxophone Congress, New Music Gathering, The Darmstadt Summer Courses, and the Bang on a Can Summer Institute.

Also active as a guitarist and improviser, Ravi has performed alongside artists such as Fred Frith, Myra Melford, J. A. Deane, Daniel Carter, and Ritwik Banerji, among many others.

In the spring of 2012, Ravi founded the bicoastal (NYC, San Francisco, Los Angeles) performance series, Permutations, which he currently curates along with pianist, Karl Larson.

Ravi created the soundtrack for director Jake Boritt’s 2013 film, The Gettysburg Story, a documentary narrated by Stephen Lang, that aired on Public Broadcasting stations throughout the US to coincide with The 150th anniversary of the Gettysburg Address.

During 2018/19, Ravi was a visiting composer at Academy of Performing Arts, Prague (HAMU) through a fellowship from the J. William Fulbright Commission. 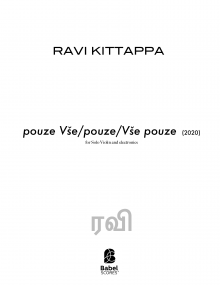 Instrumentation
From Nothing. . . (2012)
for any number of pitch sustaining, dynamically controllable instruments
Ravi Kittappa 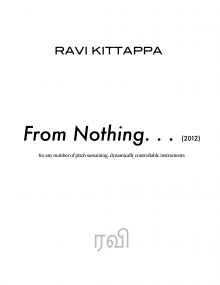 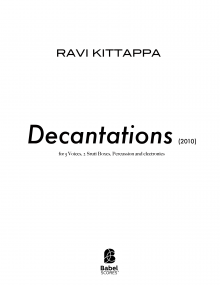 From Nothing. . . for any number of pitch sustaining, dynamically controllable instruments (2012)