Sanae Ishida was born in Nagasaki in 1979. In 2002, she studied the composition with Masayuki NAGATOMI and Ichirô NODAIRA at the Tokyo University of the Arts where she got the degree of composition.

She graduated in composition at the Conservatoire National Supérieur Musique et

Danse de Paris in 2007 where she attends the composition class of Alain Gaussin, Marco Stroppa and Gerard Pesson and also studied the electro-acoustic composition with Luis Naon, Tom Mays and Yann Geslin.

She was awarded prize of composition André Jolivet, a first prize at the international competition Francisco Escudero, third prize at Agora composition competition and her work “Cinq doigts” (comissioned by Radio France) is played at ISCM World music days 2017 by WolfGang (Vancouber). She was a composer in residence with Linea ensemble in 2008 and received a scholarship for the season 2006/07 by the Agency of the cultural affairs of Japan.

She is a member of « Futures composés ». 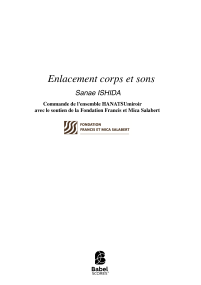 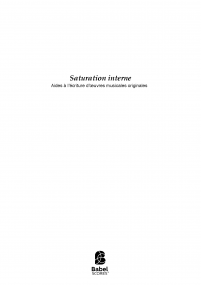 Instrumentation
For the birds (2017)
for accordion and violin
Sanae Ishida 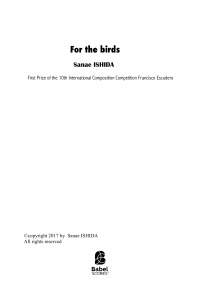