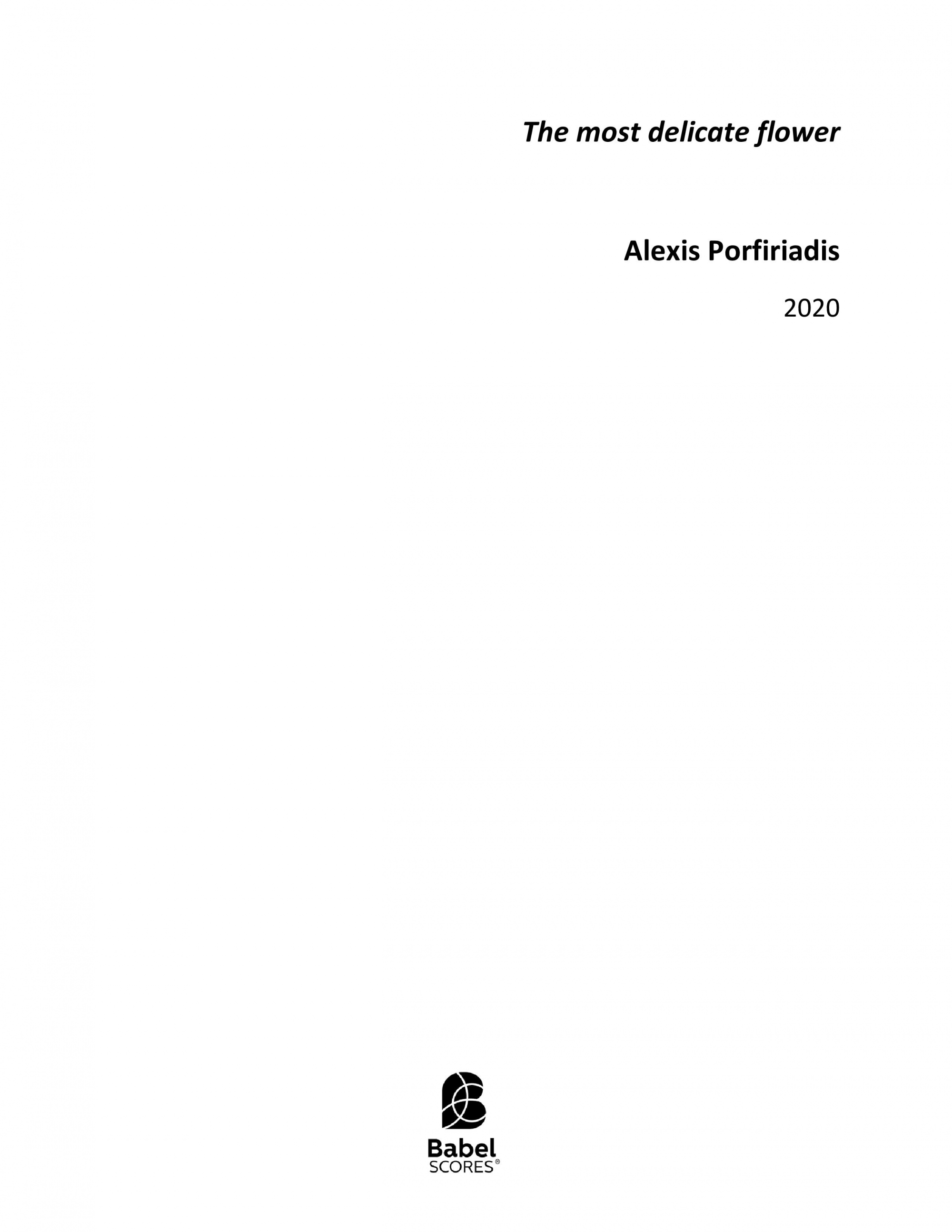 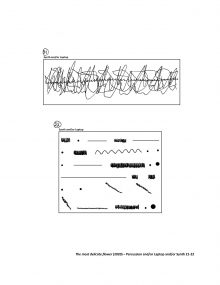 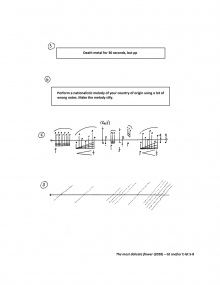 The most delicate flower

for three to eleven performers

The composition consists of:

Each part consists by 22 different actions. Performers play one action per minute. Performers may begin an action in any point during the minute.  Players choose individually 11 actions (out of the 22 given actions in each part) prior to the performance. During rehearsal and performance each player should decide the sequence of his/her 11 actions, by listening carefully to the group sound. Players should not fix their action sequence, but vary it depending the group sound. If an action is performed in less than 30 seconds, then the performer may repeat the action during the minute.

The total piece duration is 11 minutes.