By proposal of Miguel Azguime, to whom the work is dedicated.
As in Polygons in Sound and Blue (Casa de Serralves / Vieira da Silva Exhibition), in Tapisserie I (House of Arts), or in Music of Objects and Chance-Noises (House of Serralves / Tapi?s Exhibition), the Helena S? Theater and Costa, the technological and instrumental means available (7 instrumentalists of the Musica Nova Group chronometers and individual gongs), among other factors, determined the course of Gesos-Circus-Circles. Oscillations, Reminiscences, Moments-Memories I, "Picabia, une nuit avec", Chanson en cercle, Two old pictures, For two Poems / Impromptu (Fernando Pessoa / Brussels 88), are other previous references. The take-off in time and space of sound and temporal objects coexist with constants, like the continuum, in the composer's work. Some of the works cited were born as happenings, controlled as written, designed and performed "in real time", in studio or in concert.
In this pluri-instrumental gesture of circus, in the circles of this physical and psychological world of surrounding sound geometry are intersections of distant sensibilities, cultures and human expressions. The seduction of the female voice singing a popular song is integrated, as a challenge, into antagonistic nature of electronic and computer effects to which the compositional and instrumental processes leave the field open.
The phenomenology of sound, timbre, space, the materiality of abstraction, the visualization and tactility of time, sound hedonism and the ambivalence of the means and paths, contained in the works of the composer, find in these pages some of their materialization. The spaces and contexts of the conception and accomplishment of the work have shaped it in its anthropological, dramatic and musical characteristics.
Facebook LinkedIn Reddit Twitter 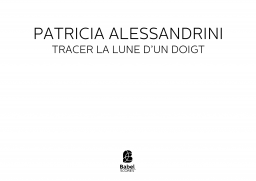 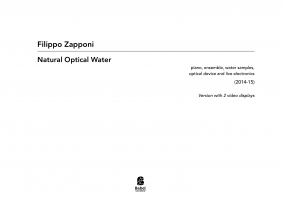