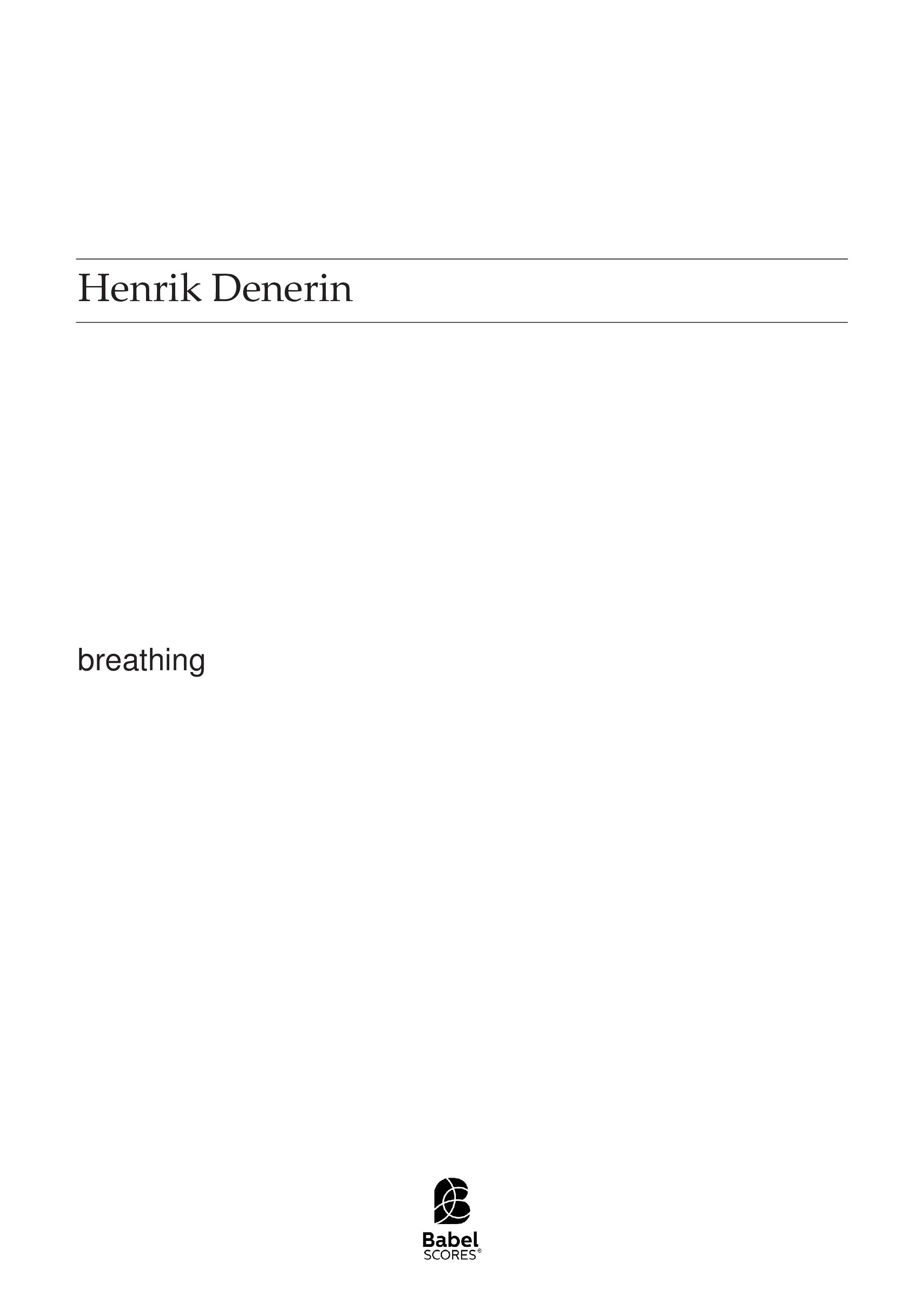 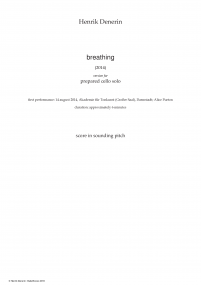 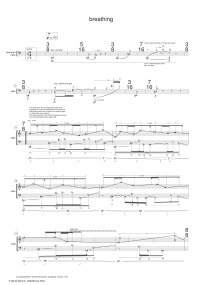 7,00 €
Printed format (+14,80 € printing and shipping). Colissimo5-11 days aprox.
Digital version (+0,00 €) instant download
When you buy a score, you can contact the composer right here!
Specifications
Region
Europe
Estimated Duration
6 - 10min
Date
2014
ISMN : 979-0-2325-1505-2
Notes on this piece
Add to a playlist
breathing for prepared cello is the last section (section 10), but the first to be composed, from a much larger work for cello, electronic music and visual performance entitled “Ontology of Becoming” that is composed for and with the cellist Moritz Müllenbach and visual artist Thomas Marcusson (2014 - ). Performed as a solo piece, breathing does not utilize any electronics or video.The music isn’t intended to illustrate any kind of breathing but to be in itself the “breathing”, in the large scale work as a re-wakening and as a solo piece, the enjoyment of life (breathing gives life!).Structurally the work as a whole and down to its very details is influenced by prime numbers. The reasons for this are manifold. They grow like weeds among the natural numbers, seeming to obey no other law than that of chance, and nobody can predict where the next one will sprout. The second fact is even more astonishing, for it states just the opposite: that the prime numbers exhibit stunning regularity, that there are laws governing their behavior, and that they obey these laws with almost military precision. The stability of the structure, its symmetry and beauty, is the way in which the understanding takes its perceptible form and communicates itself to the listener… to understand something about the material and how, conceptually, music communicates itself to the listener.
The first performance of breathing took place at 14 August 2014 in Akademie für Tonkust (Großer Saal), Darmstadt by Alice Purton.
"the dichotomy between the very predictable world of mathematics and the almost whimsical nature of prime numbers"
Instrumentation
Cello
Recording
Alice Purton - violoncello
Score Details
Format - Undefined
Pages - 22
Similar Pieces
2 Pieces for Solo Cello
2 Pieces for Solo Cello
Martin Loridan
El Afilador
El Afilador
Antonio Juan-Marcos
We cry 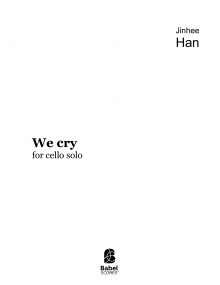 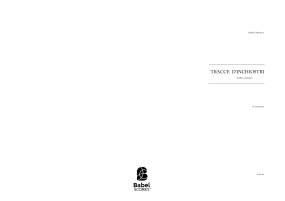 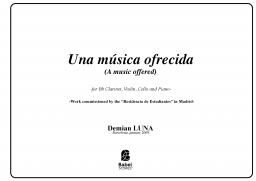 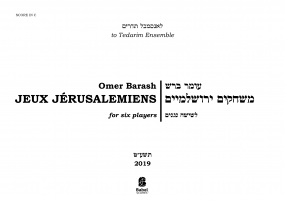