6,00 €
Printed format (+14,80 € printing and shipping). Colissimo5-11 days aprox.
Digital version (+0,00 €) instant download
When you buy a score, you can contact the composer right here!
Specifications
Region
Europe
Estimated Duration
1 - 5min
Date
2014
ISMN : 979-0-2325-1510-6
Notes on this piece
Add to a playlist
Seals I
The title of this work, seals, comes from the Italian philosopher, mathematician, poet, Dominican friar and astrologer Giordano Bruno (1548 – 1600). Although not widely recognized he is celebrated for his cosmological theories, which went even further than the then-novel Copernican model. Bruno also correctly proposed that the Sun was just another star moving in space, and claimed as well that the universe contained an infinite number of inhabited worlds, identified as planets orbiting other stars. Because of his, at the time, radical thinking (including supporting Galileo Galilei) Bruno was forced to leave Italy in 1576, first to France and later to England and Germany. In 1591, in a time when the Inquisition seemed to be losing some of its impetus, and Venice seemed especially safe as it was the most liberal state in Italy; therefore Bruno was lulled into making the fatal mistake of returning to Italy. In 1592 he was arrested by the Venetian Inquisition, sent to Rome and charged of blasphemy and heresy. After 7 years of trial the Inquisition found him guilty, and in 1600 Bruno was burned at stake in Rome’s Campo de' Fiori. Bruno's case is still considered a landmark in the history of free thought and the future of the emerging sciences.
In addition to his cosmological writings, Bruno also wrote extensively on the art of memory, a loosely organized group of mnemonic techniques and principles and it is these writings that the title of my piece refer to. Early in 1583, soon after his arrival in England, Bruno published the massive volume on memory which is referred to as Seals, though it really consists of four items, as follows:
Ars reminiscendi Triginta sigilli Explanatio triginta sigillorum Sigillus sigillorum
So, 30 seals (Triginta sigilli) and the seal of seals (Sigillus sigillorum). What then are these seals? The art of mnemonics tradition, e.g. Fra Agostino del Riccio’s work Arte delle memoria locale (unpublished, but the manuscript exists in the Biblioteca Nazionale in Florence) uses the idea of presenting the principles and various techniques of the art through little symbolic pictures, with titles. This is exactly what the Seals are, statements of the principles and techniques of the art – but, magicised, complicated with Lullism and Cabbalism, blown up into inscrutable mysteries.The seals are not confined to any one system. On the contrary Bruno states that he is trying every possible way; perhaps something for which he is not looking may emerge out of this, as alchemists who do not succeed in making gold sometimes hit on other important discoveries. In the later Seals he is trying variations of astrological arrangements, devices of a Lullist nature (or what he supposes to be Lullist), infiltrations of Cabalist magic in the unending search for a really operative organisation of the psyche. And the search always brings in the tricks of the memory trade, the old techniques of which can be recognised in Seal after Seal, though now presented as occult mysteries.If we drop the word ‘magical’ and think of the efforts of an occult memory artist as directed towards drawing out of the psyhe combinations of ‘archetypal’ images we come within range of some major trends of modern psychological thought.There is something, to my mind, profound in the Seals, as though in its inner moulding of significant memory statues, this drawing out of tremendous forms by subtraction of the inessential, Giordano Bruno, the memory artist, were introducing us to the core of the creative act, the inner act which precedes the outer expression.The work seals I is one of five works for solo instruments which form cycle III of “synthetic fragments”. (seals II being a 9 minute work for contrabass, hence the I in the title).
Facebook LinkedIn Reddit Twitter 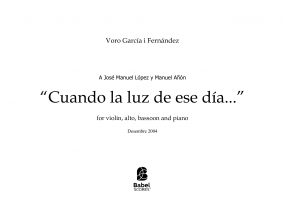 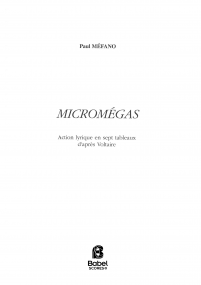 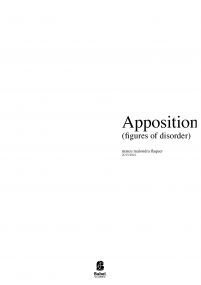 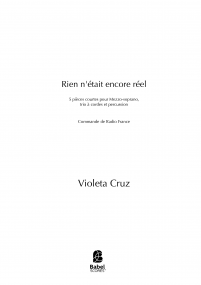