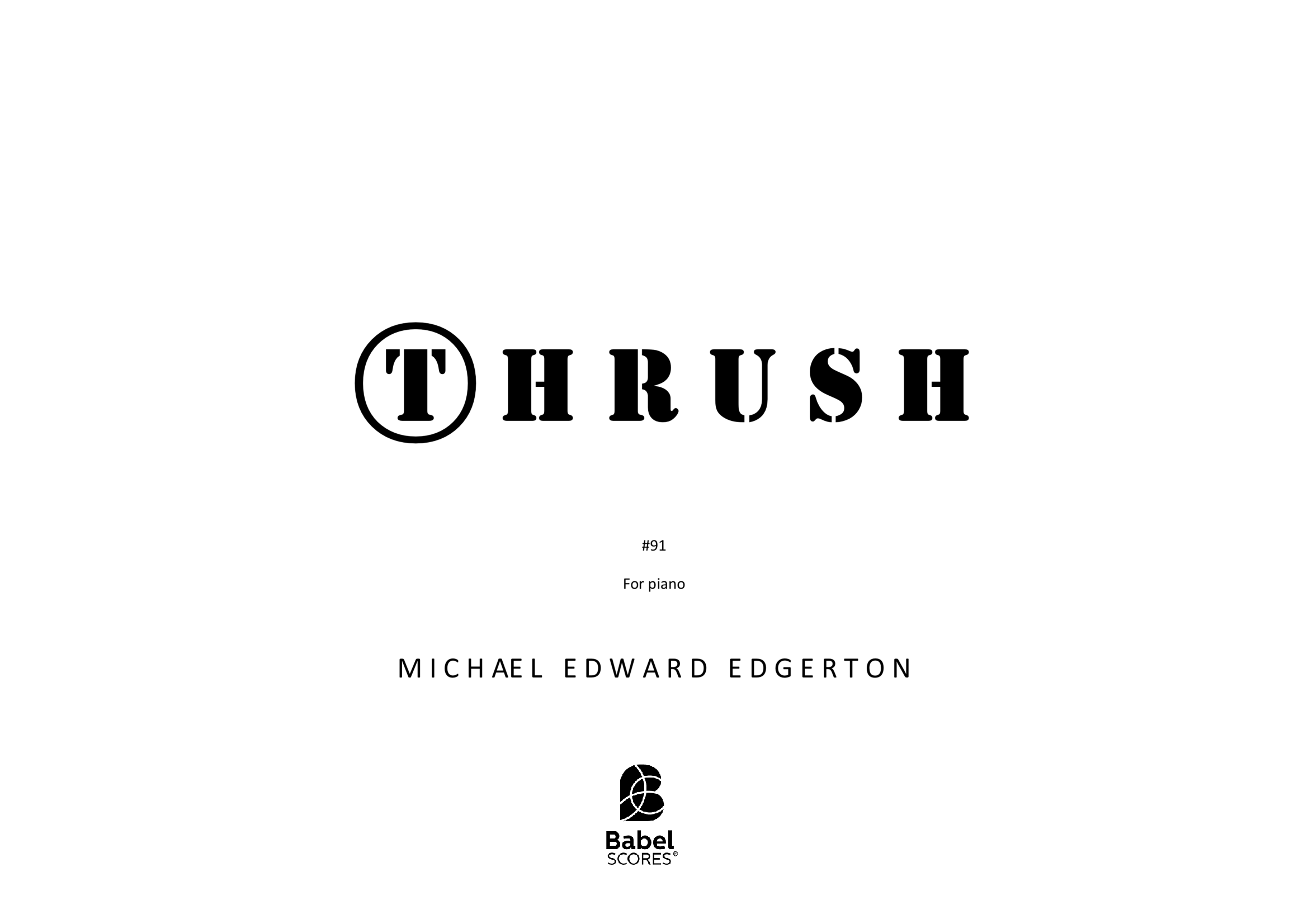 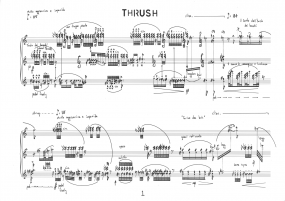 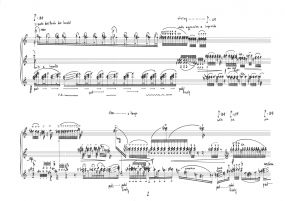 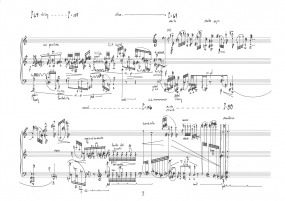 7,00 €
Digital version (+0,00 €) instant download
When you buy a score, you can contact the composer right here!
Specifications
Region
Europe
Date
2015
Estimated Duration
6 - 10min
ISMN : 979-0-2325-2026-1
In Stock
Videos on this piece
Notes on this piece
Add to a playlist
TITLE: THRUSH
CAT# (YEAR COMPOSED): 91 (2015)
INSTRUMENTATION: piano
PAGES: 18
DURATION (APPROX): 8’46
PREMIERE PERFORMANCE: Moritz Ernst, July 8, 2016. NUSPACE in Chengdu (China)
AWARD: April 21, 2016. 1st Excellent Award. Fifth China-ASEAN Music Week (2016) musical composition competition, For solo piano. (Guangxi University of the Arts. http://camwn.gxau.edu.cn/Item/156.aspx)
NOTE: THRUSH begins with my reinterpretation of the same audio that Messiaen used for his transcriptions of the North American Songbirds, blackbird and wood thrush. These audio samples were digitized and analysed using PRAAT and C-Speech, from which I made new transcriptions that were more accurate representations of the physical acoustical signal. Of course, a temporal framework had to be established for these transcriptions, for which I decided to treat in a non-metrical fashion, since birds presumably do not think in terms of man-made meters and units. Then paired with the acoustical signal, I did research on the physical mechanism by which the birds produced sounds. These involved analyses of airflow, source, resonance and articulation for both blackbird and wood thrush. It was found that some bird species produce multiphonic & biphonic signals using paired bronchi, while others used a single bronchus. When using paired bronchi to produce two independent frequency contours, the dynamical interpretation would result in two simultaneous limit cycles; meanwhile, two independent frequency contours produced by a single bronchus would result in the occurrence of nonlinear phenomena, here interpreted as a torus.

Then secondly, these interpretations were paired with a binary code which resembles chance, but whose underlying principles were quite simple. This code was developed by a D. G. Champernowne, published in the Journal of the London Mathematical Society 8 (1933): 254-60. This code was used to generate time, pitch, scales, register, density and so forth.
Instrumentation
Piano
Score Details
Format - A4 / US Letter
Pages - 22
Recording
Unpublished concert recording by Moritz Ernst on November 6
Similar Pieces
Huitième Sonate pour Piano 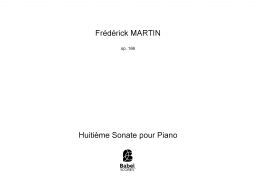 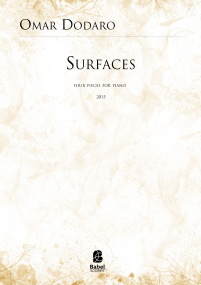 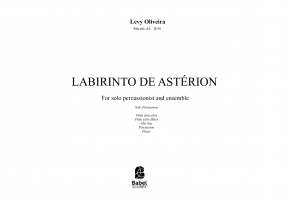 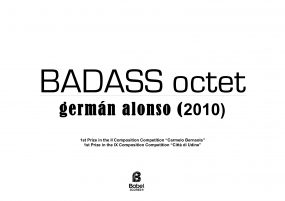 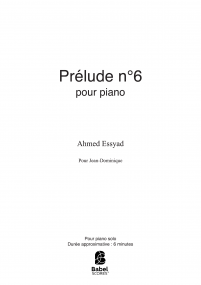