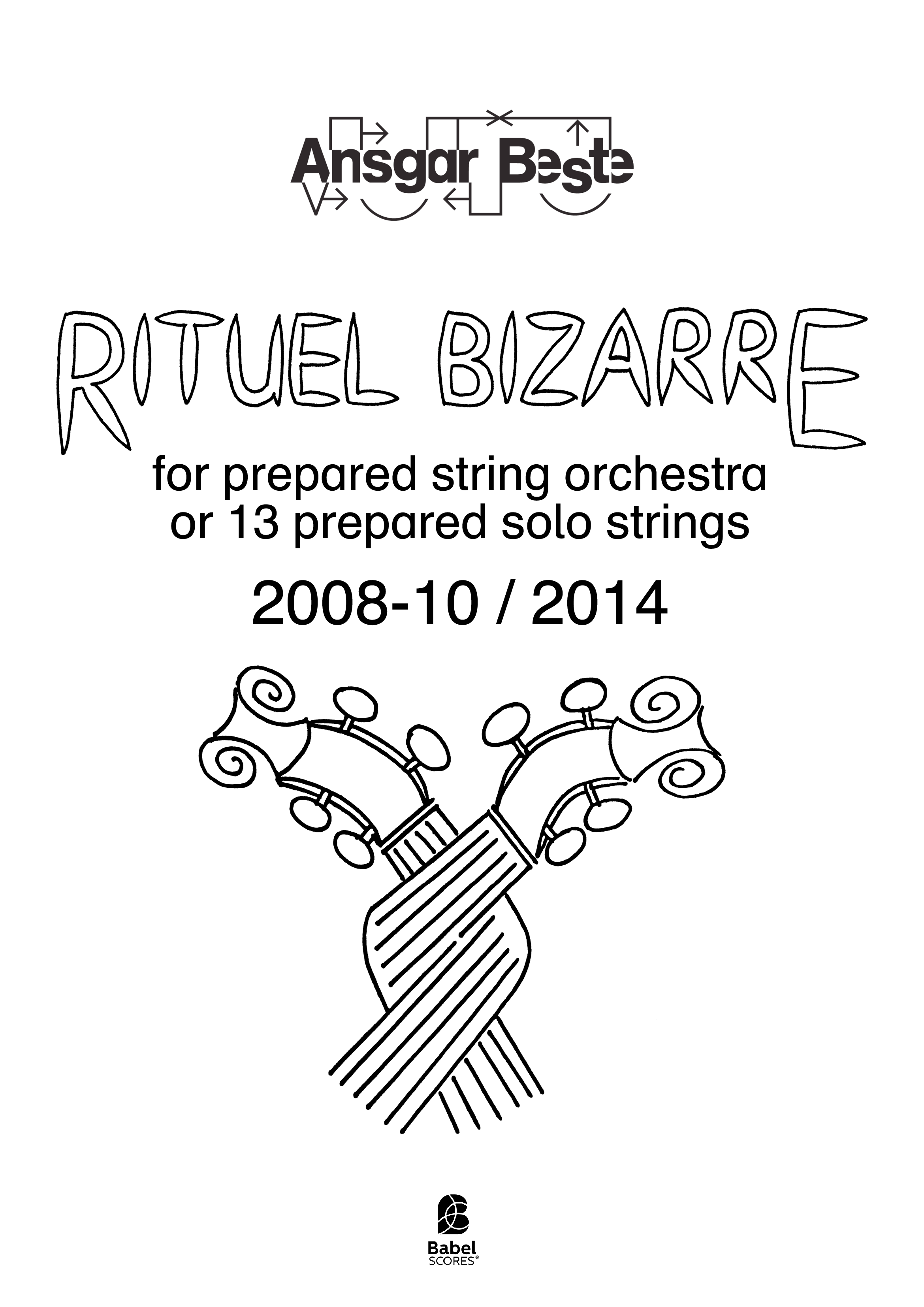 17,00 €
Printed format (+20,30 € printing and shipping). Colissimo7-14 days aprox.
Digital version (+0,00 €) instant download
Rent performance materials
When you buy a score, you can contact the composer right here!
Specifications
Region
Europe
Estimated Duration
11 - 15min
Date
2010
ISMN : 979-0-2325-0274-8
Notes on this piece
Add to a playlist
The main idea behind the piece is a confrontation and fusion of two timbral processes. The lower string instruments, from 2nd violin to double bass, undergo a timbral development in 3 equally long parts from a dry and percussive preparation sound to a sustained and distorted bowed sound. This is achieved by 3 different playing techniques: Plucking the preparation objects or the strings with the fingertip, striking the strings with the fingertip, with the palm of the hand or with the hair or wood of an ordinary bow, such as bowing the strings with a plastic comb or with the hair of the bow. The 1st and 2nd part appear as a rhythmical, moderately tensed dance of plucking resp. striking attacks which trigger rattling sounds of the preparation objects. The 3rd part reduces the rhythmical energies and creates a gradual crescendo from a mysterious anticlimax at the beginning up to an ecstatic culmination in the end. Apart from singular initial plucking attacs, the 1st violins increasingly and mainly bow on the strings with the hair of an ordinary bow producing sounds distorted by the preparation objects. The timbral development (in one part) ranges from slow, pedal point-like glissandi via fast, lively glissandi and twittering staccato notes to agitated tremolo motion. These two groups of the string orchestra act as dialectic antagonists who gradually converge in the last third of the piece and finally fuse within the concluding tremolo. On the whole, the unusual and unexpected sound of the string orchestra along with a repetitive, canonical and dance-like rhythmical structure result in a bizarre and ritualistic musical character.
Instrumentation
Violin (5)|Viola (4)|Cello (2)Double bass (2)
Recording
ensemble legno and Matthias Herrmann (conductor) at the festival ECLAT 2011.
Score Details
Format - A3 / Tabloid
Pages - 64
Similar Pieces
lost motion
Joanna Wozny
Zhan Zidu
Leilei Tian
Customers Who Viewed This Piece Also Viewed: