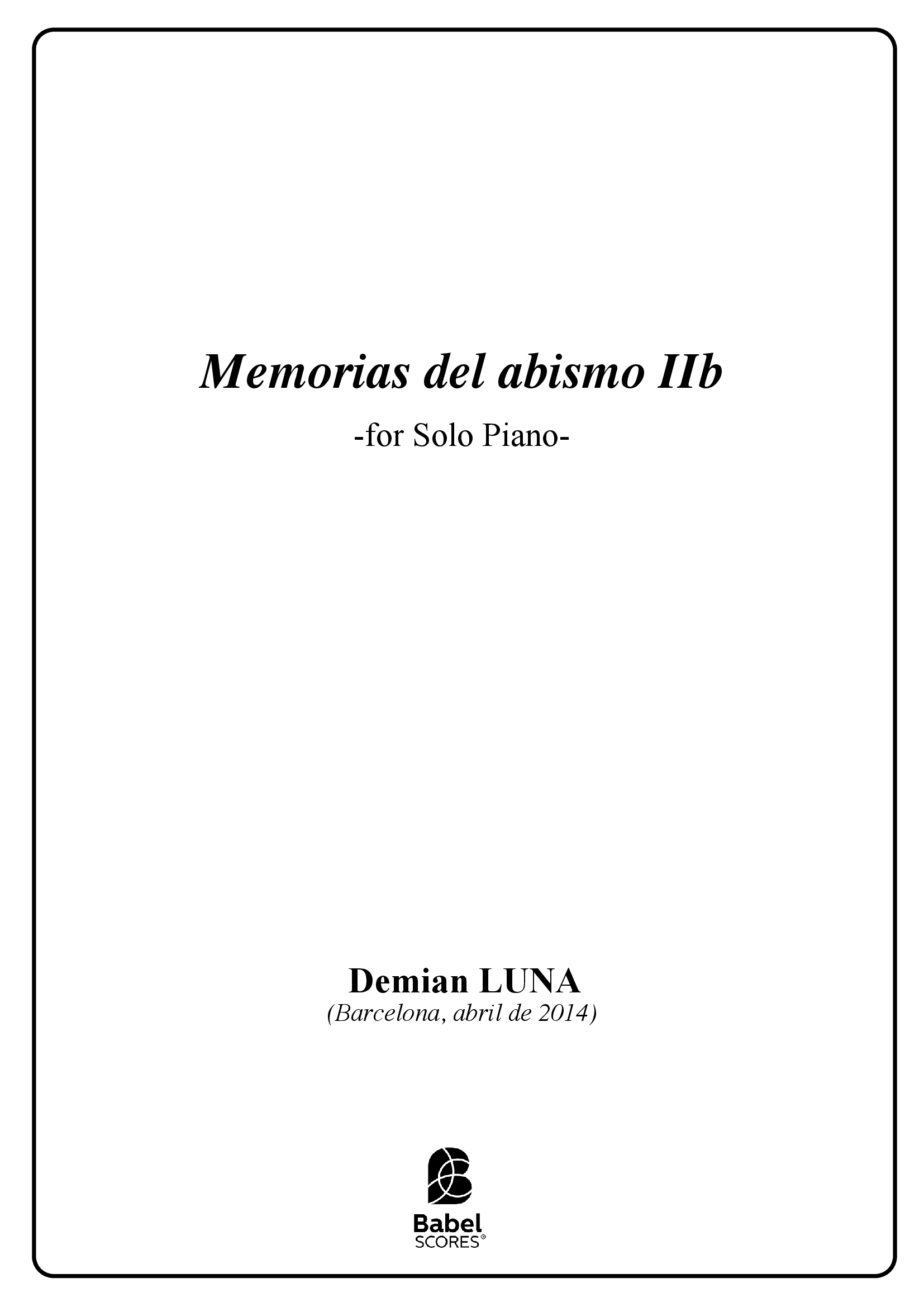 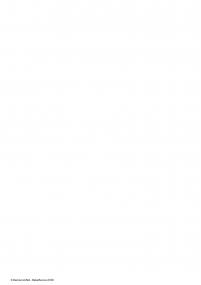 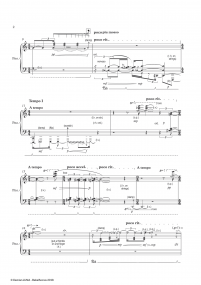 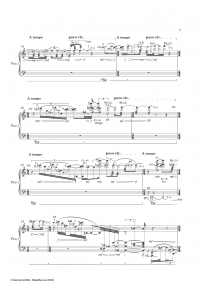 7,00 €
Digital version (+0,00 €) instant download
When you buy a score, you can contact the composer right here!
Specifications
Region
Europe
Estimated Duration
6 - 10min
Date
2014
ISMN : 979-0-2325-3316-2
Notes on this piece
Add to a playlist
Memorias del Abismo IIb, belongs to a series of pieces grouped under the title Memorias del Abismo -Memories of the Abyss- (I for trio: vl, cello and piano; II / IIb and V for solo piano; III for solo cello and IV for solo violin) worked on base to the idea of ​​a abysmal landscape. Of its sound. From a sound that enters through stunned ears, and comes out produced by a broken voice. By a helpless body, immobile, contained, alien. For a shattered, empty soul.
A sound that therefore manifests itself filtered, contained, transformed. A sound that sometimes barely insinuates itself, is heard, and at other times it manifests violently like a visceral scream. From the temporal point of view, we see the contrast of two temporal ideas: a smooth, slow tempo, which provokes the idea of ​​a non-pulsed tempo; and a dense, overloaded and complex tempo.
The series of pieces works on the idea of ​​broken, filtered sound ... but also on the idea of ​​silence. An abysmal landscape based on loneliness, the despair produced by emptiness, and the daze of density.
Facebook LinkedIn Reddit Twitter
Instrumentation
Piano
Score Details
Format - A4 / US Letter
Pages - 20
Similar Pieces
S 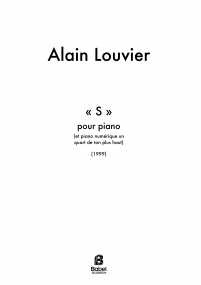 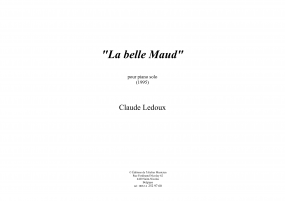 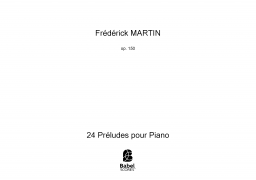 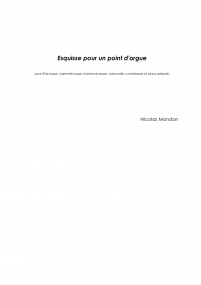 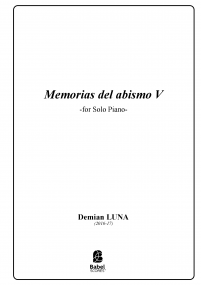