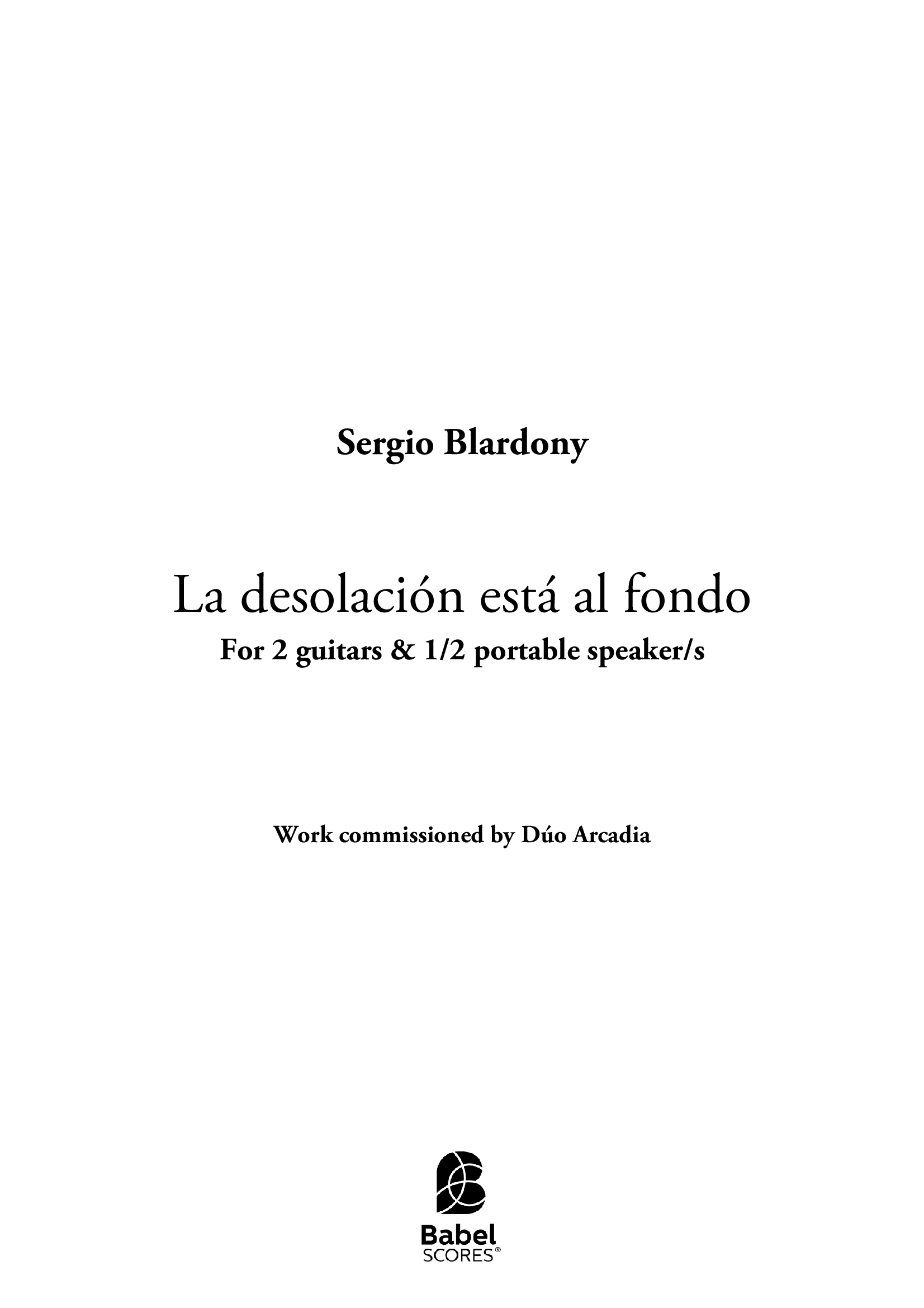 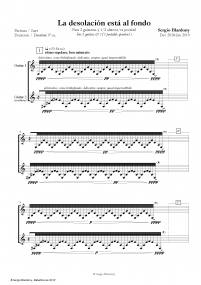 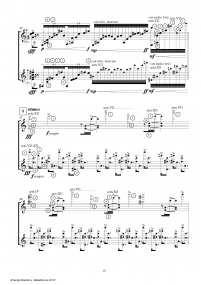 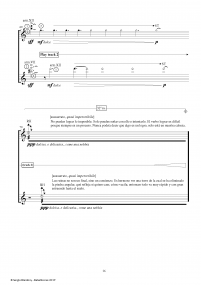 9,00 €
Printed format (+14,04 € printing and shipping). Colissimo5-11 days aprox.
Digital version (+0,00 €) instant download
Buy performance materials
When you buy a score, you can contact the composer right here!
Specifications
Region
Europe
Estimated Duration
6 - 10min
Date
2018
ISMN : 979-0-2325-3545-6
Notes on this piece
Add to a playlist
The genesis of the work is peculiar. I first imagined a greyish texture coming and going. I wrote a draft. I then immediately thought about how this texture, which is still musically incomplete, evoked some works by the German artist Anselm Kiefer. Specifically, two aspects: as already mentioned, the quality of texture –the importance of matter, the life it entails- and the hopeless depth of many of its "landscapes". An idea of death that calls on the vital as a natural attraction. That space that comes into existence between the blackness of hopelessness –a swaying of the dying- and a dim but defined light (a light bulb, a reflection in the rust), which we don't know whether we're receiving as a breath of hope or simply as a leftover of life. Both aspects seemed to me to make up what could be a "situation outline" –a space of connection with other senses, beyond sound- in which to situate myself in the process of composition of the work. 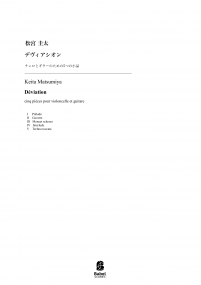 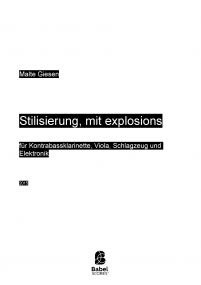