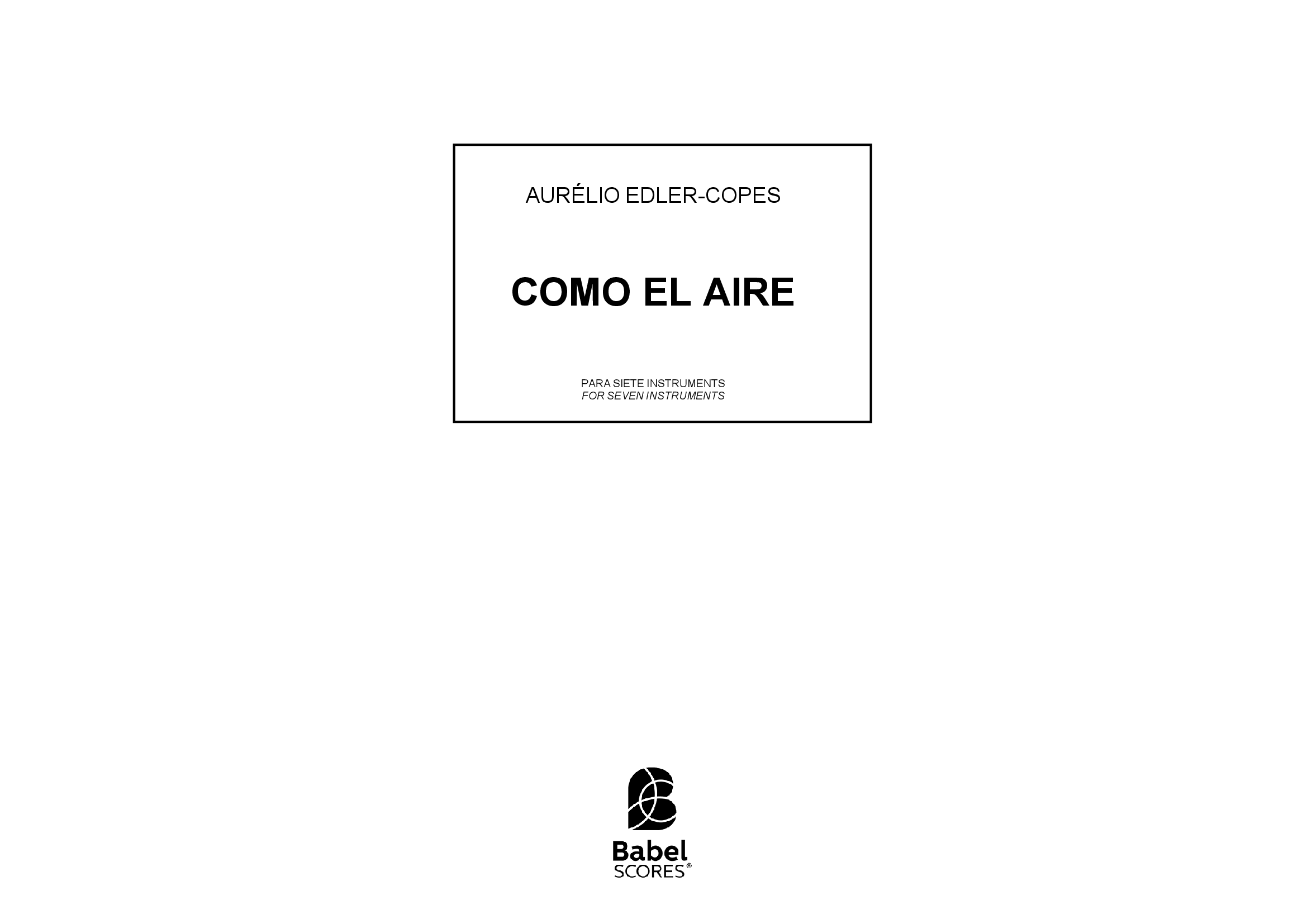 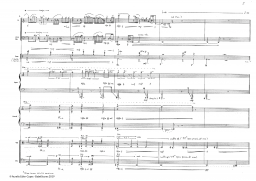 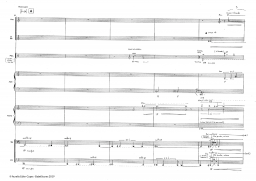 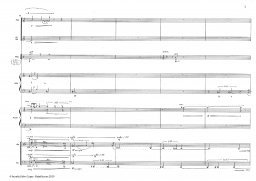 Como el aire [As the air] for seven musicians was written in 2007 and premiered the same year at the Ensemblia Festival in Germany by the Ensemble Musikfabrik. The piece refers to two concepts: energy (in sound production) and density (of the sound material).

The idea of ​​energy led me to work in three different states of the sound material: before, during and after the sound. That is, the inspiration or breath before the sound emission, then the ordinary sound of each instrument, and finally the broken of the sound by saturation and distortion. In turn, the concept of density is reflected in a orchestration sometimes polarized in the extremes of the registry, sometimes occupying the entire registry and also in sweeps by large glissandi.

Moreover, Como el aire revolves around a single founder gesture: the initial glissando of the harp (consisting of an stroke, irregular heartbeats and a final resonance). Thus, different states of the sound material and different orchestration strategies are applied to this object and are built in a circular shape, exploring several situations from the same initial gesture. Like the myth of the eternal return in Mircea Eliade, the concept of ritournelle [refrain] in Deleuze and Guattari, or just like the air: a single substance but in constant motion and transformation.