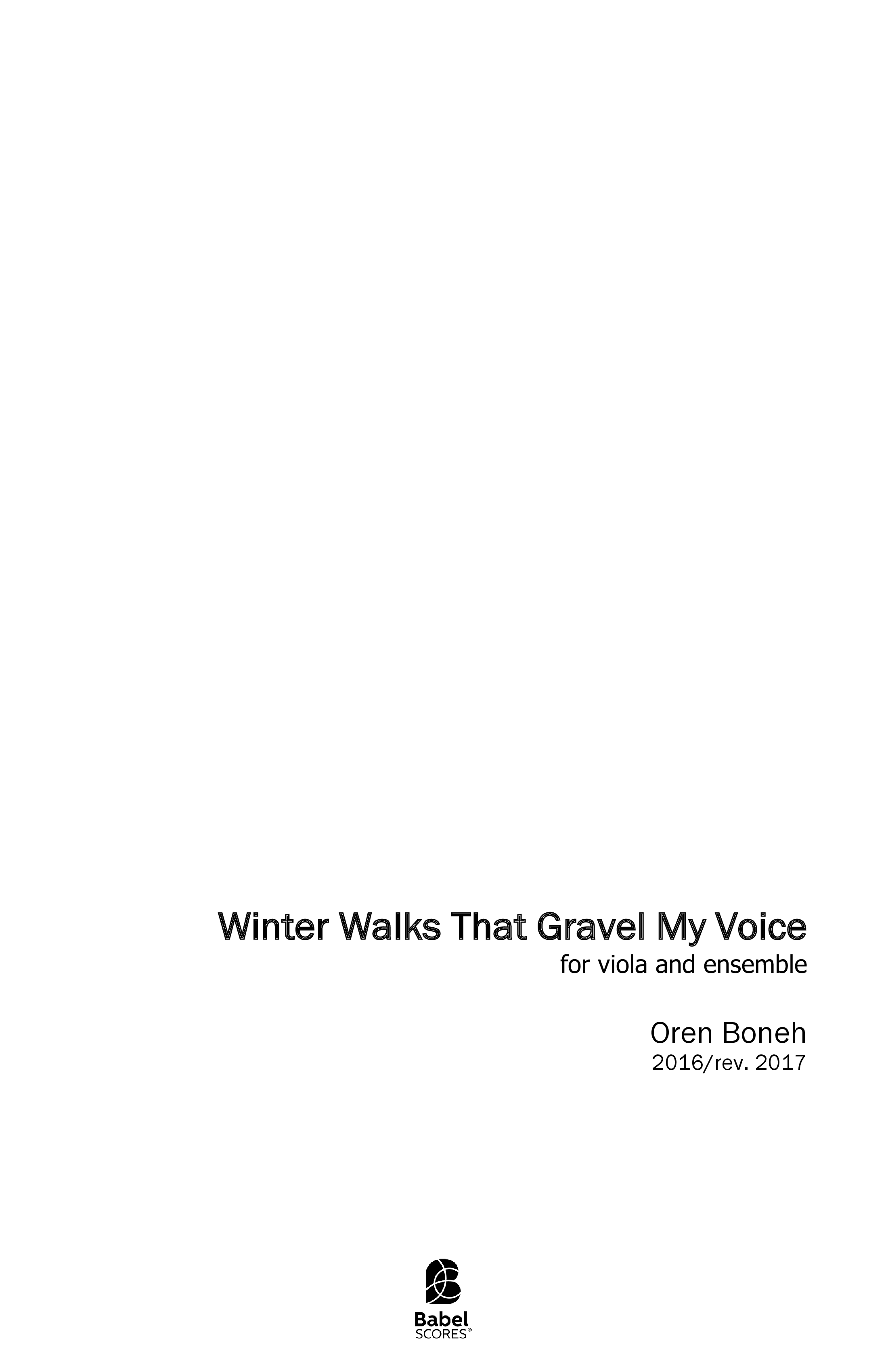 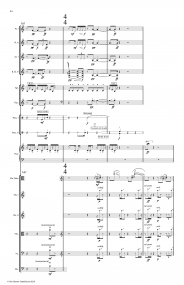 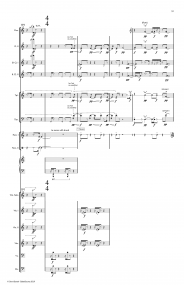 Winter Walks that Gravel my Voice

for viola and ensemble

Winter Walks that Gravel my Voice is a piece written in 2016 for violist Julie Michael, conductor Guillaume Bourgogne, and the McGill Contemporary Music Ensemble. The piece grew out of a collaboration between Julie and me that became a feedback loop of sorts: I sent her film excerpts and paintings, among other works of art, and asked her to improvise following the character and energy of the material. After she sent me each recorded improvisation, I then sent her more material influenced by what she improvised, and so on. Eventually, this process led to the solo viola material for this piece and greatly influenced the interactions between the ensemble and the soloist.

The title is taken from a poem written by Julie that, in a way, reflects her experience living in Montreal, particularly during the winters: “This is my dream/on winter nights that circle my eyes/on winter walks that gravel my voice.” Like a half-remembered dream, in this piece we hear fragments of sound that are part of a larger whole. As if frozen in a repeating pattern, the piece stutters and falters, trying to move forward and escape the trap that seems to have no exit. 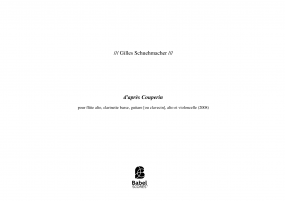