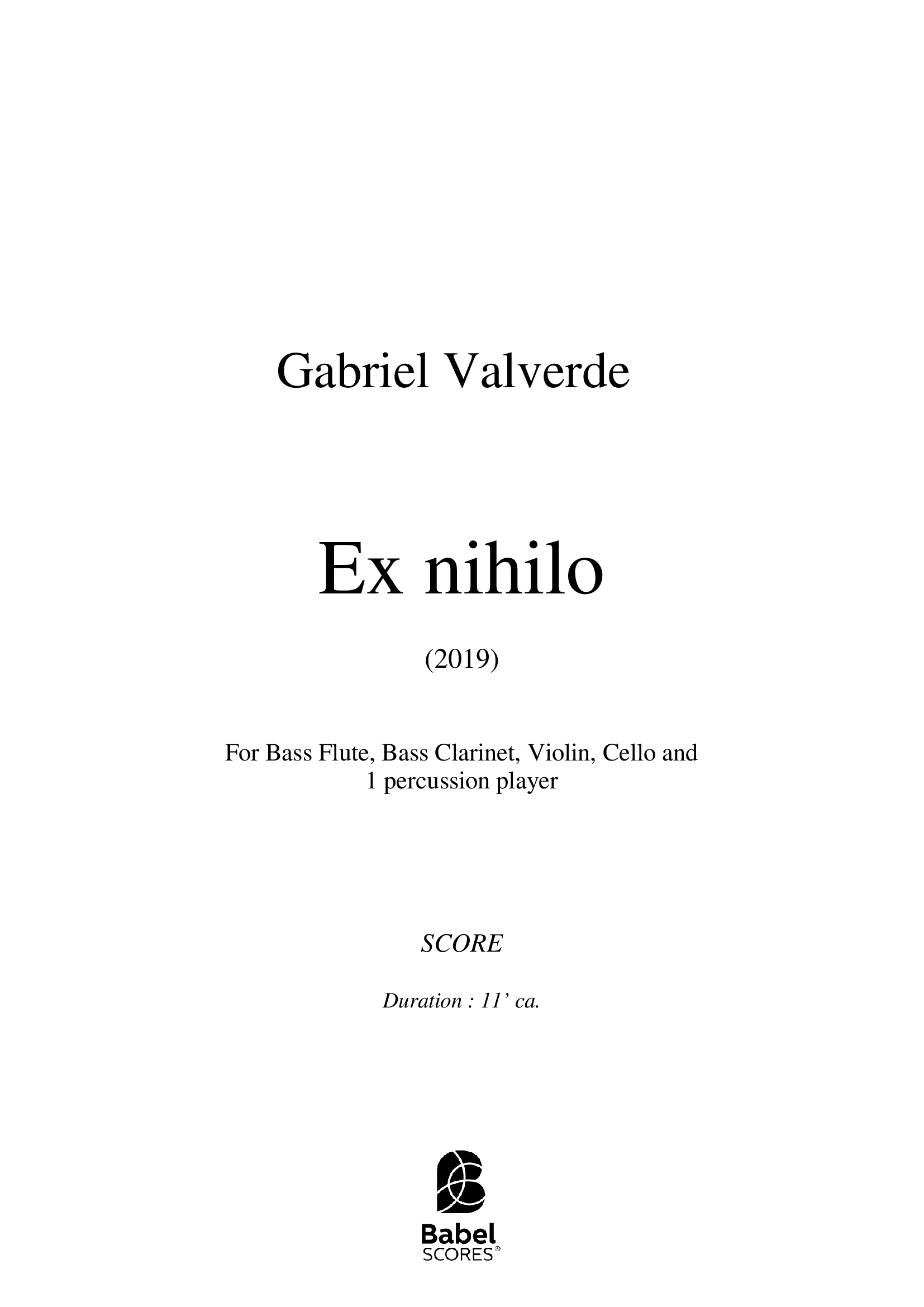 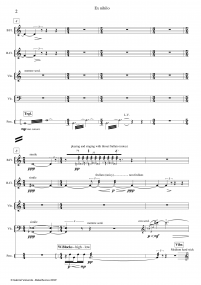 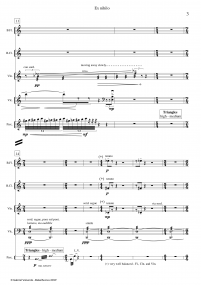 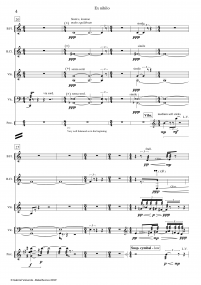 Work commissioned by the Compañía Oblicua Ensemble for the celebration of its 15th anniversary.

The title of this piece: Ex nihilo, comes from Latin and is translatable as from nothing.

In the full composition and form of this music, I thought I felt certain analogies with the meaning that is currently given to the idea of ​​NOTHING, both in science and philosophy.

In the domains of quantum physics, atoms have a nucleus surrounded by electrons and the space between the nucleus and these particles is the EMPTY that is filled with virtual processes in which new pairs of particles and antiparticles appear and disappear constantly.

This is why the physicists and experts of our day study THE NOTHING, that is, THE EMPTY, because it is here, in THE NOTHING, where the origin of EVERYTHING seems to be.

The scientist Ervin Lazlo calls it THE FUNDAMENTAL STATE OF COSMOS, A DEEP DIMENSION BEYOND SPACE-TIME.

Likewise, the Romanian philosopher Emil Cioran writes in his book Lacrimi si Sfinti: "The indispensable condition of the state of ecstasy and the existence of emptiness is a private conscience of all images. You don't see anything outside of ANYTHING anymore and that nothing is EVERYTHING”… 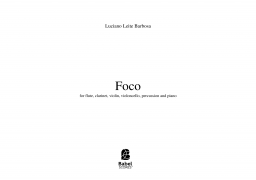 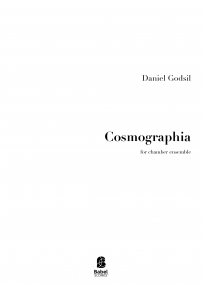