A Marriage of Shadows

A Marriage of Shadows is a modern classical composition for voice, flute, saxophone, guitar and percussion focusing on unusual and new sounds within complex structures.

This piece was commissioned by Dr. Jim TerKeurst, director of The Institute for Digital Innovation at the University of Teesside, for a premiere on the AVFest08. Jim's idea was that the piece responds to the general notion of innovation.

Shadows? “Dust, small aerosols and moisture droplets scatter light to make the sun's rays visible and cloud and mountain shadowed air dark by comparison. Air and very small particles scatter colours selectively to paint the blues of skies and fires of sunsets. Air at varied temperatures and densities refracts the rays of setting suns and moons to fashion fantastic shapes and green flashes. Perspective generates apparent glows around shadows even on the airless Moon.

”In his book of experimental prose Non Hysteron Proteron, Clive Fencott presented research on atmospheric optics, when he wrote "… one shadow cast by another or one shadow cast across another results in more than one shadow." Then, further, he wrote "It has been shown that some shadows possess an aura or veil which gives off no light and yet allows little to pass through it."

This piece is formally influenced by the study of networks - in this case, the roadmap of Middlesbrough and the surrounding area. Part of the process involved mapping the routes between one central location in Middlesbrough and five other places in the surrounding Tees Valley. These were then placed under a series of ellipses with nodal points generating data to determine pitch, rhythm and gesture. In addition, the following real-world conditions affecting traffic flow were considered: congestion, speed limits, purpose of travel, distance and density of flow.

This piece reflects my interest and research into dynamical systems.Some other elements that were integrated into this piece include: the Logistic Equation, expansion of Spectral Harmonies, pretonal rhythmic complexity and global issues surrounding the bioacoustic, dynamical systems.
Facebook LinkedIn Reddit Twitter 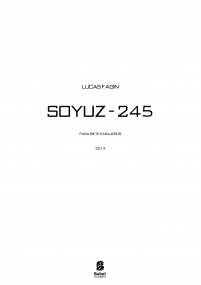 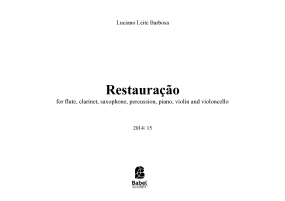