7,00 €
Printed format (+16,20 € printing and shipping). Colissimo7-14 days aprox.
Digital version (+0,00 €) instant download
Rent performance materials
When you buy a score, you can contact the composer right here!
Specifications
Region
Latinoamérica
Estimated Duration
11 - 15min
Date
2008
ISMN : 979-0-2325-1392-8
In Stock
Notes on this piece
Add to a playlist
Tensiones
Tensiones is a piece for virtual percussion soloist, computer and ensemble. This work seeks to explore and challenge the notion of the traditional soloist and his relationship with the ensemble through the use of technology in several ways.
The soloist does not only interpret his part, but also affects in real-time the sound produced by the ensemble. In addition, the soloist does not perform a real instrument, but instead generates computer produced sounds by manipulating two wireless gesture sensors. Thus, he performs a virtual instrument and not a real one.
In traditional music written for soloist and ensemble, there is usually a dialog between the solo performance and the ensemble. In general, the soloist does not affect or alter the sonic output of the ensemble. It is often the case that the soloist carries out the most important part or melody of the music and the ensemble assumes an accompaniment role.
In this work I seek to emphasize this dominant aspect of the soloist by the use of technology. As the soloist manipulates the wireless sensors he does not only performs the solo part, but also manipulates in real-time the sound produced by the ensemble. The soloist can then change and modify the sound of the ensemble as he wishes. He has total control over the entire sound output of the piece.
Another important aspect of the work is the notion of a virtual instrument and of gestuality as a means of generating and controlling sound. Sound is produced by gestures and not digitation. The notion of virtuosism is also questioned, as these gestures manifest themselves as direct sound but also as modified sound.
Finally, an instrument, as defined by this piece, is not merely a sound producing device, but most importantly, a sound shaper and modifier of other instruments' sounds
Instrumentation
Flute|Double bass recorder|Clarinet|Percussions|Acoustic Guitar|violin|Cello|
Recording
Gerardo Salazar - virtual percussion - Wiimote.
Taller de Musica Contemporanea UC.
Pablo Aranda - conductor. 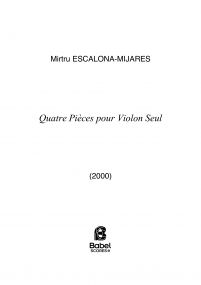 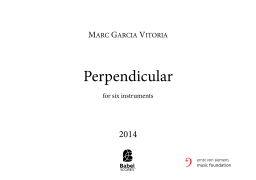