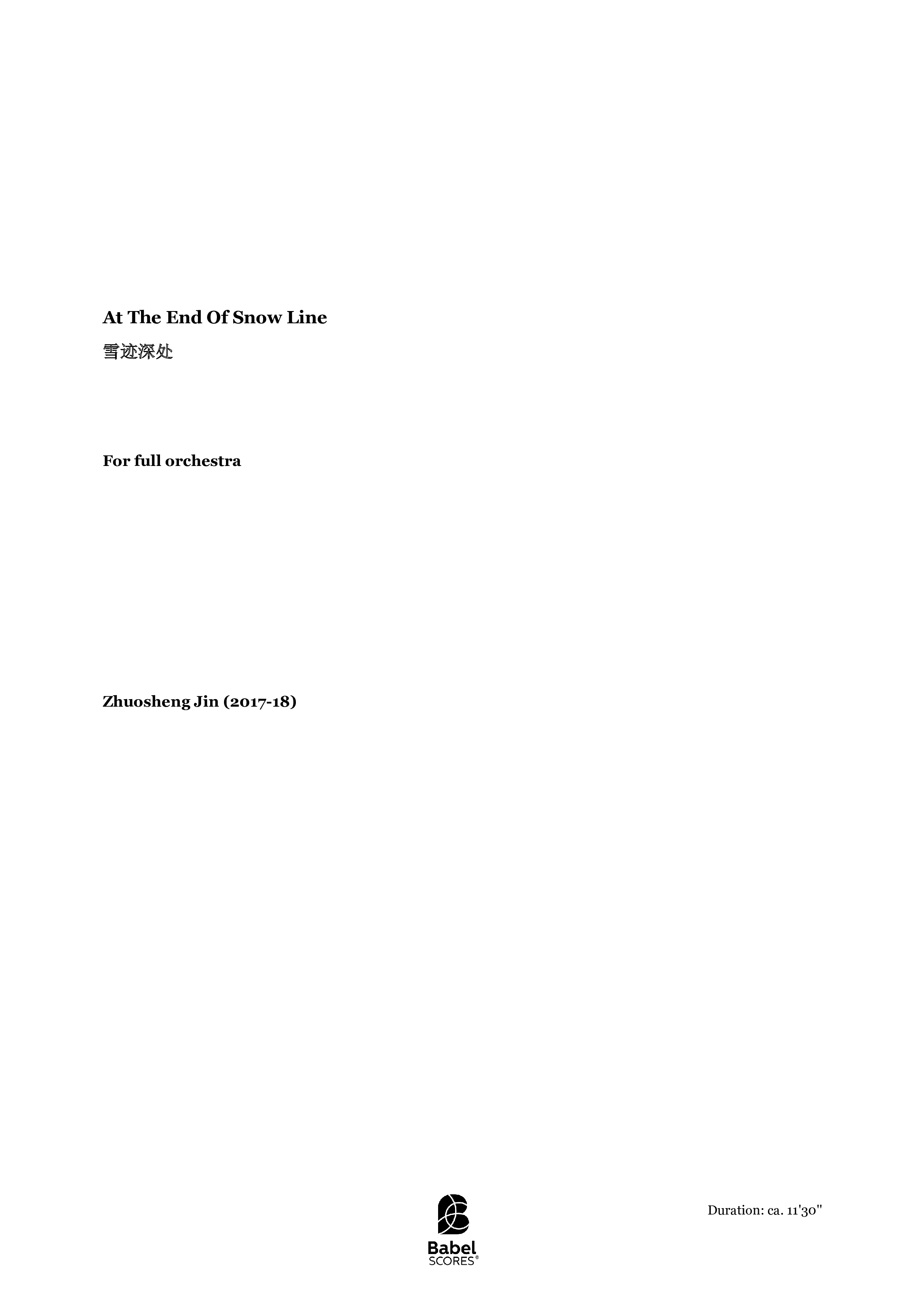 At the End of Snow Line

I link “At The End Of Snow Line” to my own cultural traditions by starting from a unique point of departure: on the surface, none of the direct Chinese cultural elements seem to be used in the piece. The central material exhibits a four-note motivic gesture in an arpeggio shape. The idea arises from an important improvisational tradition in the performance practice of classic Chinese music, where attacks of a long focal tone are always surrounded by quick “ornamental” tones, but in my piece I do not employed it in such an obvious way. Through my composition, I create multiple musical lines based on this central gesture with different characters, lengths, pitch registers, etc. The piece ultimately grows from individual lines to a unified sonority. Once the overall sonority covers each of the monophonic lines, each of the lines becomes indistinguishable while the overall sonority becomes the sounding feature of this piece. By transforming the shapes of elements from my own culture, this composition eventually creates its own composite identity.

At the time when I started to compose this piece, I was moving from Boston, Massachusetts to Montreal, Quebec. Very soon, I settled down. During the winter season, whenever I walked on the snowy street, I always thought of my hometown. My hometown was a southern city in China that rarely snows. I spent my first 12 years in there before moving to Beijing, and then to US. To this day, I can still remember that during the winter, when I walked to the street in my hometown, my shadow projected on the clear road and that image was simply hard to be wiped from my mind.

Since then, many things have been changed in that lovely little land. Changes become more conspicuous when I look at them from distance. This piece, on an emotional level, shows my confusions and consistent love towards my land, and projects also my internal struggles with identity.

“At The End Of Snow Line” functions as the first piece of my Nostalgia Trilogy.

In a blink of a night
search controls