13,00 €
Printed format (+14,80 € printing and shipping). Colissimo7-14 days aprox.
Digital version (+0,00 €) instant download
Buy performance materials
When you buy a score, you can contact the composer right here!
Specifications
Region
Europe
Estimated Duration
6 - 10min
Date
2011
ISMN : 979-0-2325-0863-4
In Stock
Notes on this piece
Add to a playlist
commissioned by CoMA for Stockholm Saxophone Quartet.
The title of the piece means The Cave of Ideas. It is inspired by the Allegory of the Cave also known as Plato’s Cave, which was used by the Greek philosopher Plato in his work The Republic as an attempt to illustrate the nature of reality. The allegory is written as a fictional dialogue between Plato's teacher Socrates and Plato's brother Glaucon. In the dialogue, Socrates describes a group of people who have lived chained to the wall of a cave all of their lives, facing a blank wall. The people watch shadows projected on the wall by things passing in front of a fire behind them, and begin to ascribe forms to these shadows. According to Socrates, the shadows are as close as the prisoners get to viewing reality. He then explains how the philosopher is like a prisoner who is freed from the cave and comes to understand that the shadows on the wall do not make up reality at all, as he can perceive the true form of reality rather than the mere shadows seen by the prisoners. The Allegory is related to Plato's Theory of Forms, according to which the "Forms" (or "Ideas"), and not the material world of change known to us through sensation, possess the highest and most fundamental kind of reality. 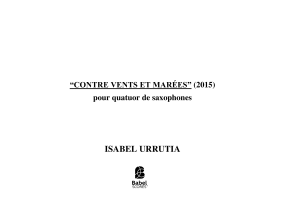