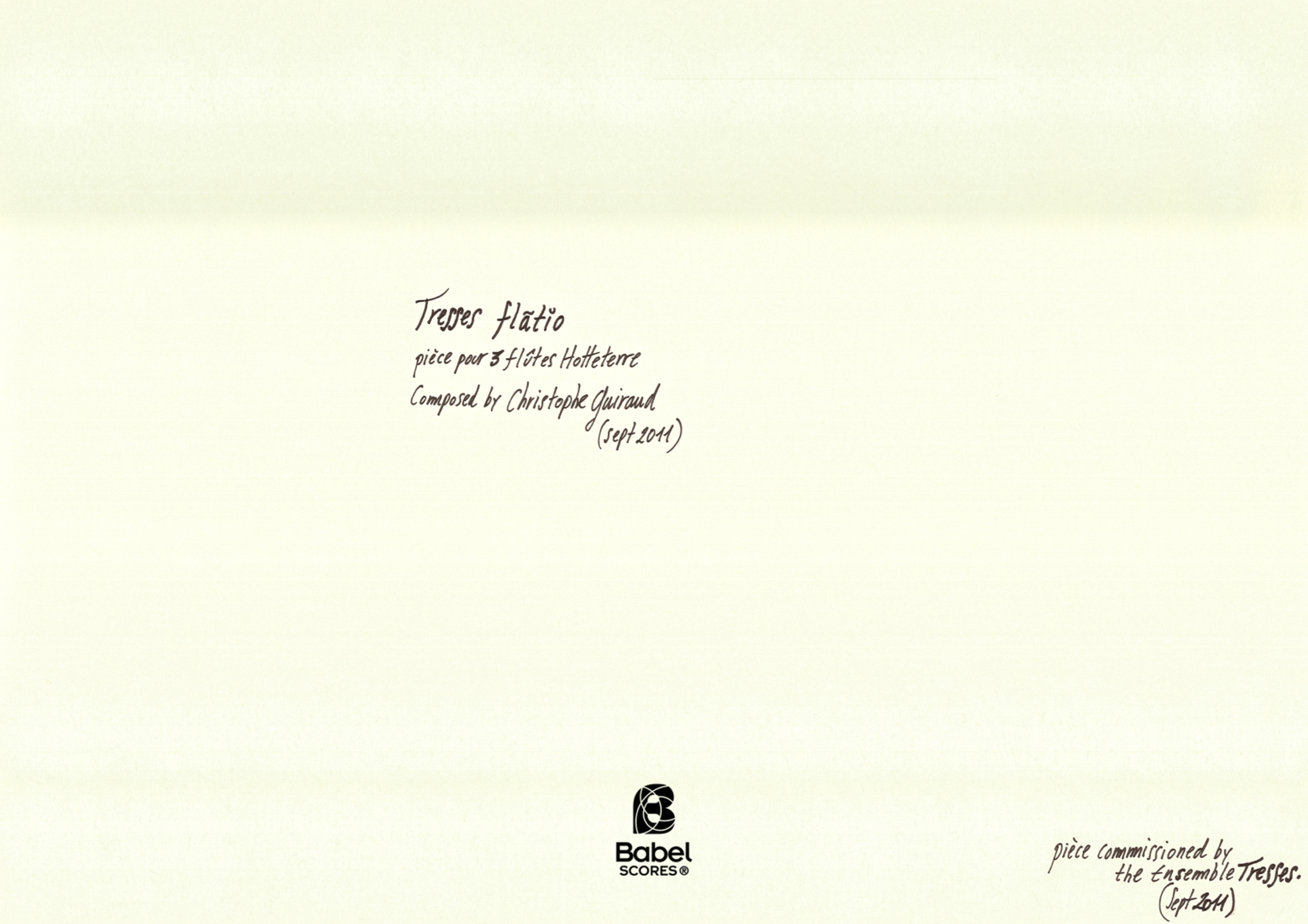 9,27 €
Printed format (+14,80 € printing and shipping). Colissimo7-14 days aprox.
Digital version (+0,00 €) instant download
Buy performance materials
When you buy a score, you can contact the composer right here!
Specifications
Region
Europe
Estimated Duration
11 - 15min
Date
2011
ISMN : 979-0-2325-0290-8
In Stock
Notes on this piece
Add to a playlist
This pièce was composed in July and finished in September 2011, after a commission by the Ensemble called "Tresses", to introduce new composition into their Baroque repertory, to create an answer and a question as a "bridge" between old-tradition and new tradition.
The principal musical axis was the indeterminate feeling and playing into determinate cellules of times, "times in seconds" was just a "blue line" to follow, vertical integration of playing is here a creative event to separate and isolate the traditional sense of reading, but more to isolate the instruments into a spheric and self powered area of sounding, "to separate the instruments from the glue-horizontal-reading manners and sounding" to come
into an indépendant way as "counter-points lanes by three indépendant structures", braid, enlace....., three musical-lanes or ways, in thirds fluid of woods through the breathes.

The Open-form of the composition lead the breathes of the musician out of the conventional "pause" for a breath, it lead the soul of the sound front of the tune.

The approach of the "Sounds-into-silences" in this musical-pièce is a reflection of how our perceptions of times change the senses of what we heard, of what we feel, of what we try to understand once out of traditional musical-form, become aware of times and Sounds.

The indeterminate area of the interpretation into determinate cellules of times, invite the musicians to grow-up into his own "lane" without forget the common wood-magnetic-core (central seed) of the three musicians, which is the "intersection" of the three lanes, and the bounce (rebound)
of each interpreters, listen the "other", entering (get into) into them.

This pièce is part from a séries of 3 pièces, centered on "Times perceptions", indeterminate cellules into determinate structures, and vice et versa..., with 2 or 3 or more "ways" of instruments.
An ensemble version (12 until 16 instruments) is work in progress and soon completed.

it's possible to play this pièce with all the Flûtes in 392hz ,
or with a modern-flûte (and flûte-Bass) in C, 440hz, but transposing the reading in Bb.
or with various instruments like this :
Clarinet Bb, Bass-Clarinet Bb,
Trompette Bb, Cornet à piston Bb, Saxophone soprano. 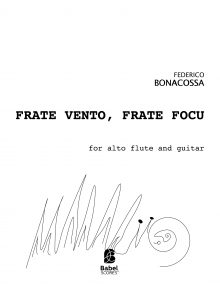 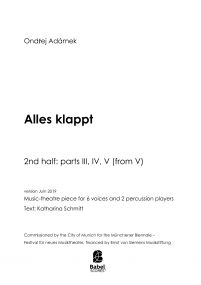