It explores the ways of smooth transforming of one idea to another instead of colliding them in evidently contrasting pairs.

All the piece consists of metamorphoses - bellows shake to slow intensity swell, fast irregular finger tremolo to rhythmically definite motif, pitch to noise (or timbre), line to chord, acoustic beats to rhythm, abstract interval of minor third to a quotation from a pop song and so on.

Grisey's ideas about thresholds of perception were an important source of inspiration for me during the work.
The another source lies in the field of pure electronic sounds, for an accordion timbre has clearly something in common with them.

So the ideas of amplitude and frequency modulation, as long as some kind of drone music found their place in the score and determined the overall athmosphere, sound and even the name of the piece.

The piece was comissioned by Sergei Chirkov as a part of MCME Composers Academy.

Since that it was performed several times in Russia and Slovakia by Sergei Chirkov, Venedikt Peunov and Peter Katina. 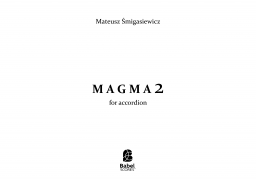 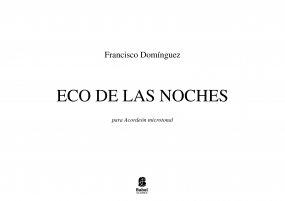