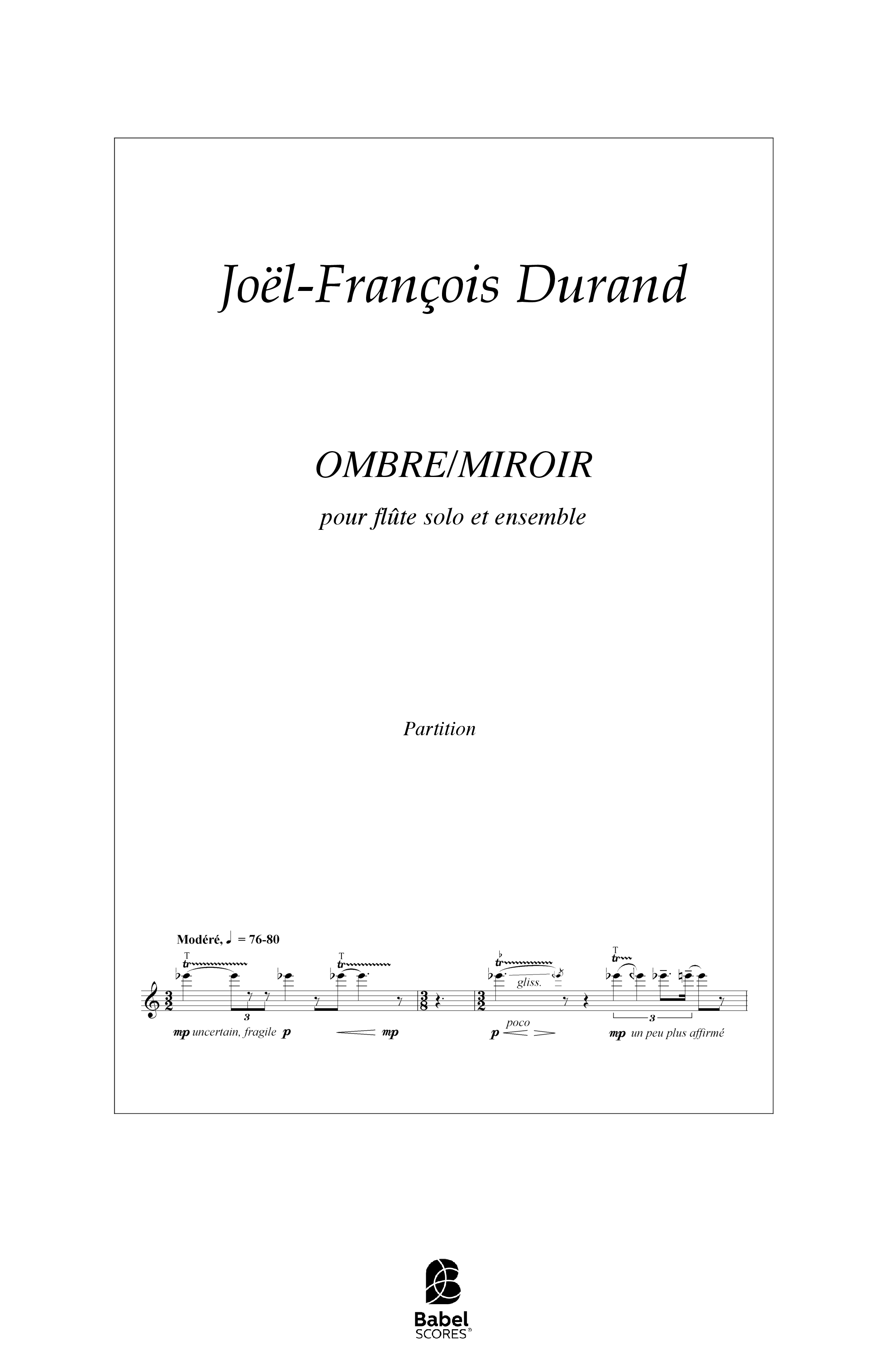 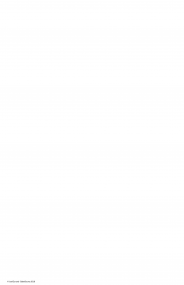 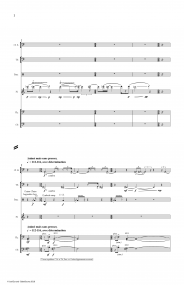 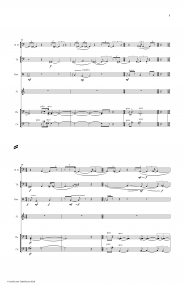 for flute and ensemble

14,00 €
Digital version (+0,00 €) instant download
Rent performance materials
When you buy a score, you can contact the composer right here!
Specifications
Region
Europe
Estimated Duration
16 - 20min
Date
2004
ISMN : 979-0-2325-3244-8
Notes on this piece
Add to a playlist
Ombre/Miroir is my third endeavor at the concerto form, after the Piano Concerto (1994) and La terre et le feu for oboe and ensemble (1999). In each of these, I have sought to balance the relation soloist/ensemble in completely different formal and dramatic ways: whereas in the Piano Concerto, the soloist and the orchestra were most of the time opposed to each other (both dramatically and structurally), the protagonists of La terre et le feu showed more inclination to dialog on equal footing, although their structural (and semantic, in this case) elements still came from different origins. In this new concerto, for flute and ensemble, the ensemble is structurally an extension of the flute part (mainly through the use of common harmonic elements), and the general dramatic progression shows a continuous tendency for the two forces to slowly come together. More specifically, the pitches given to the ensemble are drawn directly from the harmonic spectrum of the instrument owned by the soloist of the premiere, Helen Bledsoe. H. Bledsoe provided me with a recording of all the pitches of her instrument and, after analyzing them with a computer program (developed by the Argentinean composer Juan Pampin), I chose a set of seven main pitches which constituted the main melodic material for the flute part. Various sets taken from the harmonic spectrums of these pitches were in turn used to create the harmonic basis of the ensemble part. What this means, timbrally speaking, is that the role of the ensemble is then to reveal the “hidden” side of the flute, those tones that are less, if at all, audible, because they are either fused in the main perceived pitch, or because they belong to the noisy part of the spectrum.
Because of this structural premise, the ensemble acts either as a “sound-shadow” or a “mirror” to the flute: in the first half, it plays the role of the soloist’s shadow in that it is heard mostly in antiphonic situation, entering after the flute has presented some subset of the main seven-pitch set; in addition, the ensemble’s pitches are taken not from the overtone spectrum, but from the undertone spectrum of the tones played by the flute.  In the second half of the piece, the flute and the ensemble progressively play more and more at the same time, and make simultaneous use of pitches extracted from the overtone spectrum of the flute. Now the ensemble mirrors the timbre of the flute by reinforcing parts from its sound spectrum. Each pitch generates a space of resonance which expresses its identity.
At the large scale of the global form, this changing relation between solo instrument and ensemble results in the final unveiling of a melody based on the seven main notes, which is heard in the last section and is harmonized by subsets from the overtone series of each pitch.
Facebook LinkedIn Reddit Tumblr Twitter Pinterest
Instrumentation
Flute
English horn
Bass clarinet
Contrabassoon
Trombone
Percussions
Celesta
Harp
Violin (2)
Viola
Cello
Double bass
Horn in F
Trumpet in C
Score Details
Format - A3 / Tabloid
Pages - 90
Similar Pieces
Open to Infinity: A Grain of Sand
Christian Mason
Iriai no kane
Dimitri Papageorgiou
Le souk
Octavi Rumbau Masgrau
Customers Who Viewed This Piece Also Viewed:
Eclipsis
4 Stücke