9,00 €
Printed format (+14,80 € printing and shipping). Colissimo5-11 days aprox.
Digital version (+0,00 €) instant download
Rent performance materials
When you buy a score, you can contact the composer right here!
Specifications
Region
Europe
Estimated Duration
6 - 10min
Date
2015
ISMN : 979-0-2325-2201-2
In Stock
Notes on this piece
Add to a playlist
Written as a commemoration of the Battle of Gallipoli centennial,

gelincik tarlası/poppyfield is a micro song cycle consisting of ten

miniature songs. The songs are based on various, multilingual recordings

of the infamous Çanakkale Türküsü, or Ballad of Çanakkale. The piece

focuses on a single line from the ballad: “Gençliğim eyvah/Alas, my

youth”. Various “moments” are borrowed from the recordings of this line,

and musical material is derived from them via a custom-written software.

soldier -his origin insignificant- on the eve of the battle: he cannot

sleep since he predicts his death; the only thing he can do is to lament

for his lost youth.
gelincik tarlası/poppyfield is the first part of the Anatolia: Spring of 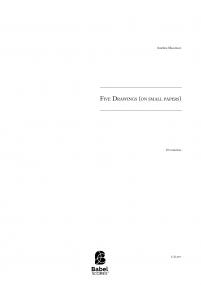 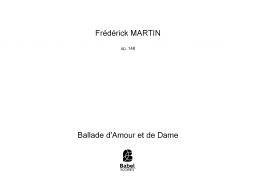