11,00 €
Printed format (+14,80 € printing and shipping). Colissimo5-11 days aprox.
Digital version (+0,00 €) instant download
Rent performance materials
When you buy a score, you can contact the composer right here!
Specifications
Region
Asia
Estimated Duration
1 - 5min
Date
2010
ISMN : 979-0-2325-0369-1
In Stock
Notes on this piece
Add to a playlist
In 2009, I wrote a little sketch for Sho, bass flute, alto and percussion at a workshops in the Atlas Academy. The sound of this Japanese instrument fascinated me and inspired me to compose a play for this instrument by combining it with other Western instruments.Other composers like Takemistu or Hosokawa have proposed magnificent works for Sho and other instruments in a Western classical orchestra. The writing of Sho in this work is committed to respect rather traditional without introducing the possibility of unconventional sound.The sound of Sho can be easily masked by others. This instrument has a traditional role in the soundscape and I wanted to give it a genuine different position as well as a particular presence on the whole. Also other instruments modulate its sound.   In this piece I did a search on the interplay between silence and the notes to bring a personal musical tension, where silence has potentially its own gesture musical.
Instrumentation
Shô (solo)
Flute
Oboe
Clarinet
Percussion
Guitar
Harp
Piano
Violin
Viola
Cello
Doublebass
Recording
Atlas ensemble 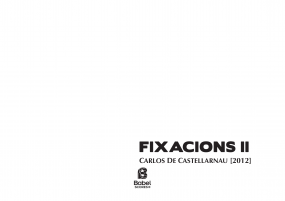