this is not a march

15,00 €
Printed format (+14,80 € printing and shipping). Colissimo7-14 days aprox.
Digital version (+0,00 €) instant download
Rent performance materials
When you buy a score, you can contact the composer right here!
Specifications
Region
Asia
Estimated Duration
1 - 5min
Date
2012
ISMN : 979-0-2325-0382-0
In Stock
Notes on this piece
Add to a playlist
I spent parts of my childhood growing up at a military base in Israel, one of the most militarized countries in the world today. I would often go with my family to military ceremonies and parades, and this was where I would encounter, along with the roar of jet planes showing off their tricks for the audience, the marching band playing its repertoire of marches and songs. These childhood memories are perceived as happy and careless (if I had any worries back then they didn't make it to the present). I especially liked when the "Hercules" - an American transport plane which back then was probably the largest vehicle I'd ever seen - would land in close proximity to the audience and give birth to a tank or two before taking off again in deafening noise, with spectacular flames coming out of its jets.When I look back at these memories today I feel deceived. The maternal Hercules jet was manufactured by one of the world's largest weapon dealers. I was participating in what now I think of as a ritual of adoration of technology and power, for which the music of the military band was another ornament, an aural candy. In my piece I am exploring the gap between the sterile representation of wars and technology in mainstream media and culture and the realities of those conflicts: the destroyed homes, the torn flesh.I went back to the official march of the Israeli military and electronically stretched and?manipulated it, trying to symbolically reveal a certain truth or information it held and which was hidden. It became an austere and dysfunctional slow piece of music, perhaps a funeral march which I then transcribed for the ensemble. The original recording of the March is played through speakers towards the end of the piece, but it is framed within the larger piece in a way which is alienating and distancing. The players do not participate in the playing of the March. this is not a march is an attempt to refract the relationship of the wind ensemble and its militaristic history.About the use of electronics:The recording of the March should be played through speakers after measure 206, and before letter N. Any instrument making air sounds on page 22 of the score should continue for a few seconds into the recording and stop in their free time. Anyone who can, should then put their instruments down and sit still while staring at the audience with a blank facial expression and as little movement as possible. The recording should run for approximately 2 minutes. The percussionists should meanwhile move to their second position: players 2-4 should move to the three snares placed around the audience, and player 1 should move to the two bass drums on stage. This movement in itself can be ritualized. When the conductor gives the cue for the percussionists to enter at letter N, the recording should be cut. It should not stop on a strong beat or a cadence, but rather abruptly, with seemingly no musical logic.The recording and patch for playing it is available as a Pure Data patch.
Instrumentation
Piccolo| Flute (3)| Oboes (2)| English Horn| Clarinet (3)| Bass Clarinet| ContraBass clarinet| Bassoon| Contrabassoon| Alto Saxophone (2)| Tenor Saxophone| Baritone Saxophone| Horn (French Horn) (4)| Trumpet (3)| Trombone (2)| Bass trombone| Euphonium (2)| Tuba| Piano (Prepared) | Harp | Double bass|Percussions (4)
Recording
Cynthia Johnston Turner and the Cornell Wind Ensemble 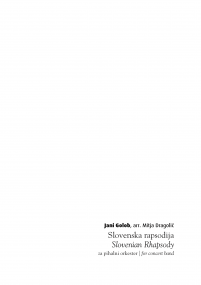 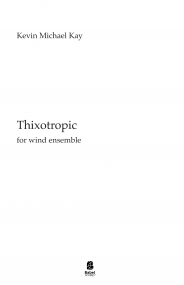