17,00 €
Printed format (+14,80 € printing and shipping). Colissimo7-14 days aprox.
Digital version (+0,00 €) instant download
Rent performance materials
When you buy a score, you can contact the composer right here!
Specifications
Region
Europe
Estimated Duration
11 - 15min
Date
2013
ISMN : 979-0-2325-1511-3
In Stock
Notes on this piece
Add to a playlist
UNHÖRBARES HÖRBAR MACHEN
PART IIt’s a platitude to describe an orchestra as an “instrument”, although this is certainly one way of looking at it. At the opposite extreme, the orchestra of Unhörbares hörbar machen – part I –physically consists of 69 instruments and it was this distance that initially interested me. The piece procedurally develops from solo to tutti “behaviours” and the orchestration technique I developed for the piece is not distinct from the musical material itself or the works poetic idea.How to describe the “poetic” idea which is interwoven with these processes? As the title implies, one of the ideas has to do with the underlying material and the works structure that is “based” on Claude Debussy’s last orchestral oeuvre (poème dansé), Jeux. OR, more correctly it’s rather my reading and understanding of the materials and structures used in Jeux.The search to understand the material is expressed in terms of the result; the process by which I try to find my way around the multidimensional musical space I have composed, is what you hear when the music is played.Unhörbares hörbar machen – part I was commissioned by NSO with support from Ann-Sophie Mutter foundation and premiered in December 2013. 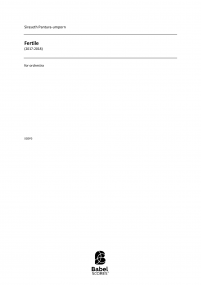 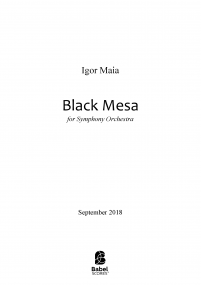