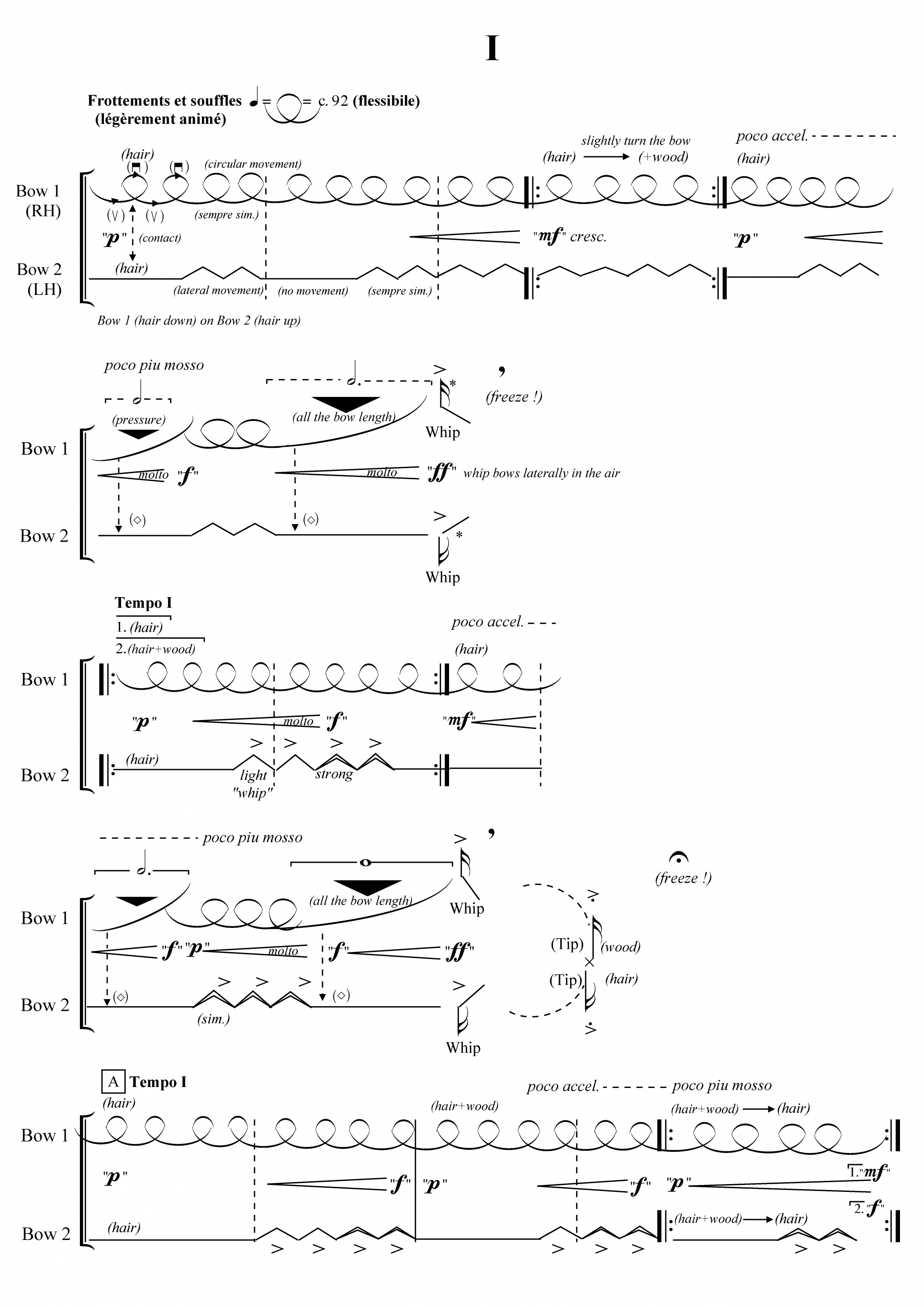 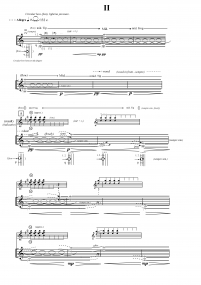 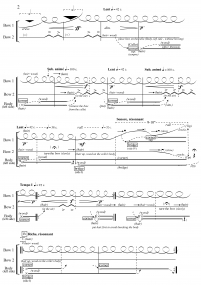 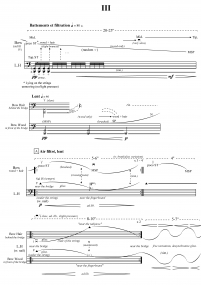 Circle(s) For Amplified Cello (with one and two bows)

The introducing gesture of the piece - a friction, two bows rubbing each other and whipping the air in circular motions - is the key material of the piece and inspiration for its development. First explored in its primary 'rough' form (in the air), the circular rubbing of the bows is then amplified through contacts with the body of the cello.

The different contact points (corners, bridge, with bow wood and hair) transmit the friction’s vibration to the cello’s body and create different forms of filtrations. The combination of contact points gradually results in natural amplifications of the 2-bow friction. Overpressures and rubbing-speed variations create a crescendo until the first climax, which utilizes the "two sides" of the instrument’s body.

The second movement develops fast circular brushing on the strings. The left-hand position is uncommon (the hand surrounds the bow, and the bow is placed between the fingers). This allows various filtrations using single/double harmonic/multiphonic nodes on the same string. This unusual technique-gesture allows fast changes between 2 positions (bow in front/behind/in the middle of the fingers) and creates natural variations. A first interlude explores finger pressure variations on “middle” strings (II, III) to explore the (otherwise impossible) playing on two adjacent-non-adjacent strings (II-IV, I-IV). Using the bow near the nut, A second interlude builds an extended polyphonic “choral”, combining up to four harmonic/multiphonics on four strings.

The third movement develops two ideas. The first idea unfolds through a repetitive left-hand tapping on the strings (IV-III). The tapping generates the strings’ vibration, which allows the bow (wood softly lying on the strings) to naturally bounce. Starting “sul tasto”, the bow slowly moves down the string towards the bridge; as the tapping becomes more percussive, the bow-bounces increase and create random 'wood-filtrated' harmonics. This process is repeated with additional improvised parameters. The second idea (air filtré) develops in two steps. The first step combines a slow glissando made by the left-hand thumb under the string, while a slow circular brushing is made by the bow on the same string. This results in complex harmonic filtrations, including “crossing points” in which the finger and the bow reach a common position on/under the string. The second step uses the wood - hair of the bow to play on each side of the bridge (in front - behind). The left-hand fingers play on both sides using slow glissandi to create a specific form 'counterpoint de souffle'. 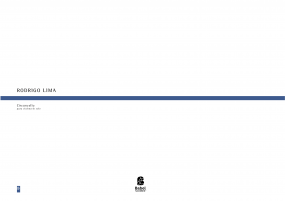 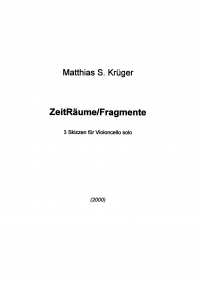 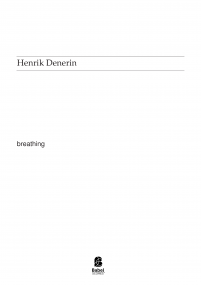 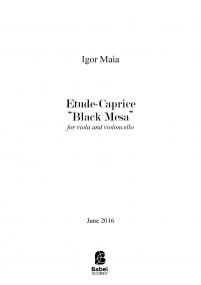 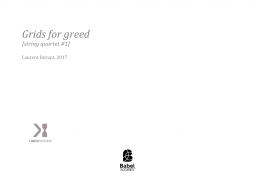