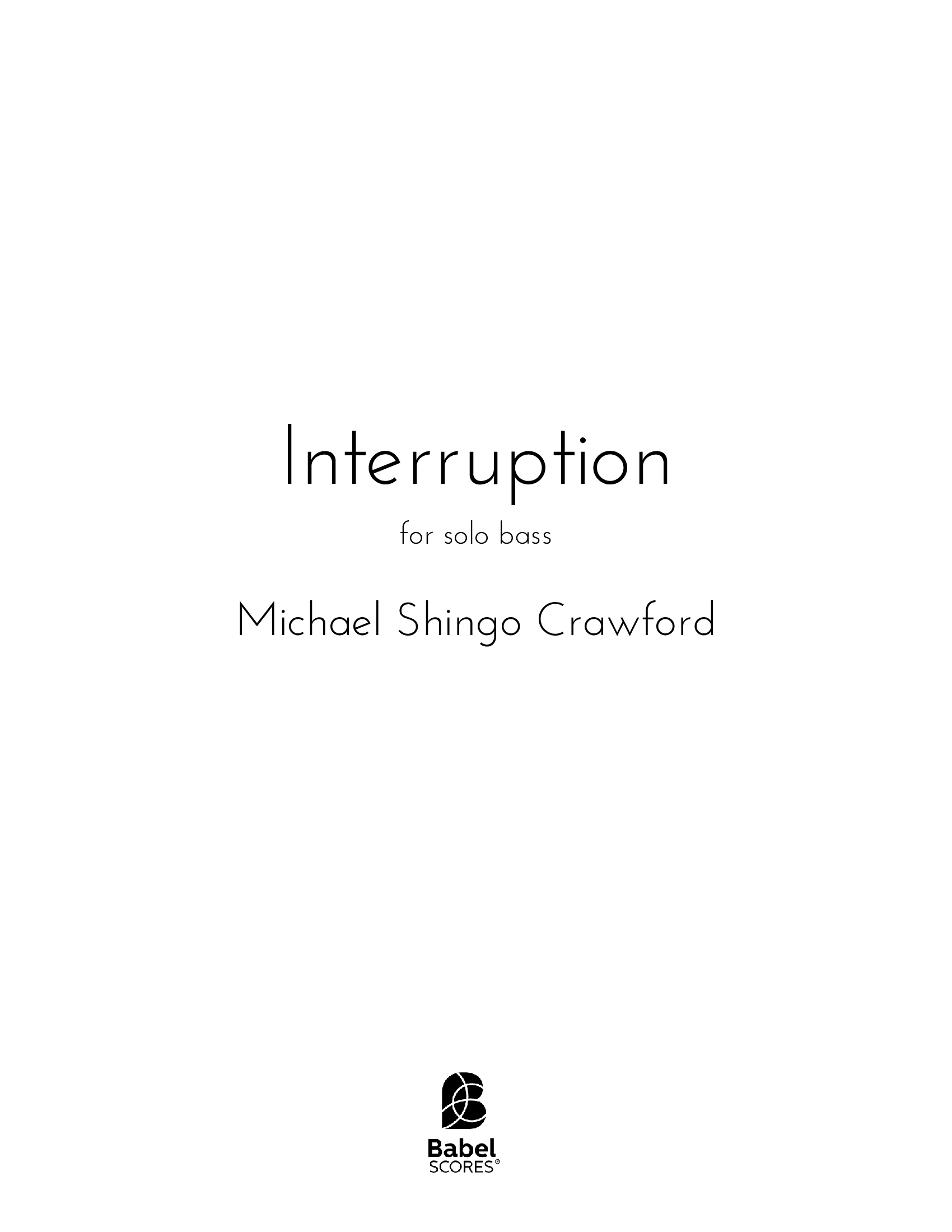 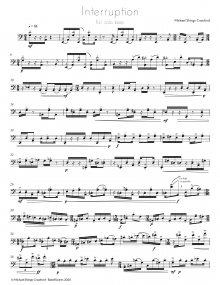 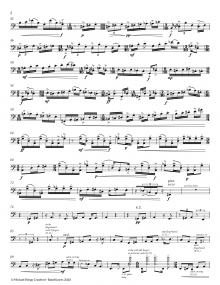 7,00 €
Printed format (+14,80 € printing and shipping). Colissimo7-14 days aprox.
Digital version (+0,00 €) instant download
When you buy a score, you can contact the composer right here!
Specifications
Region
North America (Canada - USA)
Estimated Duration
6 - 10min
Date
2018
ISMN : 979-0-2325-4651-3
Videos on this piece
Notes on this piece
Add to a playlist
Interruption explores a method of musical development where each idea is interrupted and gradually overtaken by the next. The piece begins with a jaunty melody, almost entirely in harmonics. Fragments of a melody in the lower register begin to interject. These brief episodes increase in frequency and length until this new material takes over completely. This same process takes place with the subsequent ideas, including the pizzicato theme, percussive effects, and the lyrical melody. This lyrical section serves as the central point of the piece around which the other areas are mirrored. From this point, the music traces its footsteps back to the harmonics before playfully dying away in increasingly fragmented pizzicatti.

Interruption draws parallels to a flow of ideas in conversation, where an initial topic may move towards unexpected directions, ultimately arriving at a subject so far removed that it can hardly be traced back to the point of departure. Despite this, there is a logical flow of ideas that brought the interaction to its current state. Similarly, the vastly contrasting characters of each section in the piece progress in a rational way, and a common thread ties them together.
Instrumentation
Double bass
Score Details
Format - A4 / US Letter
Pages - 14
Similar Pieces
Aquam pedibus meis 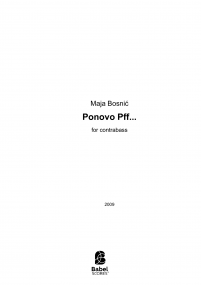 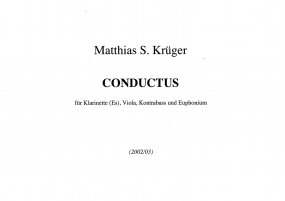 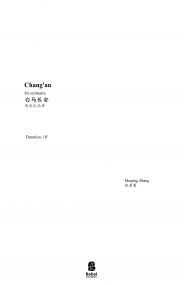 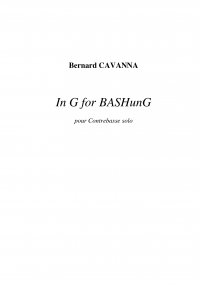 In G for BASHunG
Bernard Cavanna 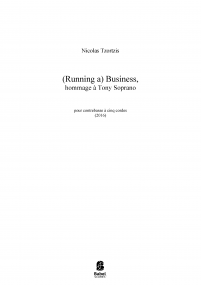