Ask a question
Specifications
Region
Europe
Estimated Duration
11 - 15min
Date
1996
ISMN :
In Stock
Notes on this piece
Add to a playlist
"Aus der Wand die Rinne" is the title of a project by the visual artist Britta Brückner. It is a sculpture with a narrow gutter in three parts which comes out of the wall. Its parts are held by wax, flowing to the floor. Britta Brückner also built a violoncello with whom she wanted to make music as a part of the sculpture. It was Juliane Klein who wrote the music. She reduced the sculpture to one idea: Flowing means also holding. The flow led to - in the context of the act of composing - a work-in-progress situation. “Aus der Wand die Rinne” by Juliane Klein consists of several solo pieces that could be played alone or simultaneously in any combination that is possible. Playing it simultaneously means that no detail can be fixed exactly; every performance is unique. “It is clear”, said Juliane Klein, “that everything that has been wonderful in the rehearsal can’t be repeated in the concert the same way. The musicians have to search for a new and satisfying way of interpretation every time they are playing the piece. They must be present every moment. Normally the people like to codify the things that turned out well: in this way it is good, that is the ultimate and we will repeat it in the same way. One often does not realize that a good interpretation is just one of infinite possibilities of interpretation.”
Starting with “Aus der Wand die Rinne 1” (1996) for violoncello, there exists a series of solo-pieces that can be performed in every possible combination: 2 (1996) for violin, 3 (1998) for oboe, 4 (1998) for accordion, 5 (1999) for piano, 6 (1999) for clarinet, 8 (2003) for saxophone, 9 (2009) for horn, 10 (2006) for electronics, 11 (2006) for theremin, 12 (2006) for video, 13 (2011) for flute. 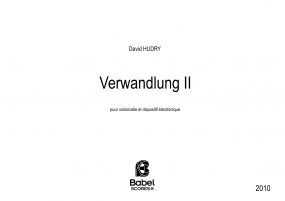 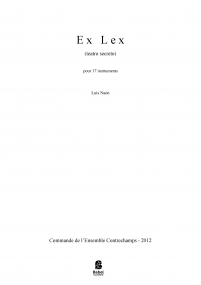