4,00 €
Printed format (+14,80 € printing and shipping). Colissimo7-14 days aprox.
Digital version (+0,00 €) instant download
When you buy a score, you can contact the composer right here!
Specifications
Region
Europe
Estimated Duration
6 - 10min
Date
1997
ISMN : 979-0-2325-0918-1
In Stock
Notes on this piece
Add to a playlist
The original impulse for the work was etymological, since I took literary the term Toccata, which suggests a touching of the fingerboard, and translated it freely into German. Indeed, the term Tasten, which in German is both a verb (to touch) and a noun (the keys of a keyboard), seemed to me more appropriate. Of the brilliant style of the toccata, what remains intact in the present piece is only a certain persistence in the high registers of the instrument. Idiomatic is also the narrow range of pc set changes, was well as the limited scope of “modulation,” that establish a central tone in a manner similar to an Intonazione. On the other hand, however, the paroxysms of virtuosity and the motoric, driving energy of a traditional toccata are eliminated in this work, although reminiscences of rapid finger work are heard occasionally in the second half. On the contrary, the flow of the work is frequently interrupted, allowing the projection of overtones and resonance. In other words, in addition to the etymological paraphrase, the characteristic formal idioms of the toccata are reversed, distorted or reinterpreted to an extend that the resulting composition is completely antithetical to a traditional toccata. All in all, I was seeking to dismantle the historical term and dissolve it to the point which all that remains is the very haptic relationship between the pianist and the piano. 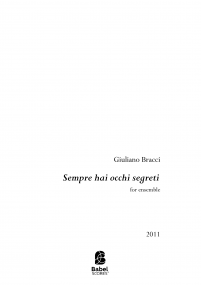 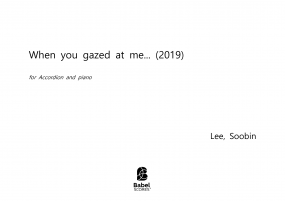 When you gazed at me...
Soobin Lee 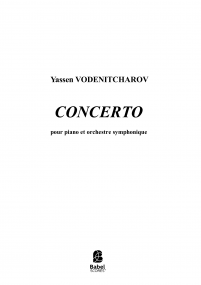 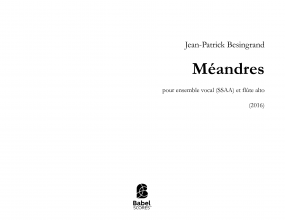