The Years of Light

13,00 €
Printed format (+16,20 € printing and shipping). Colissimo7-14 days aprox.
Digital version (+0,00 €) instant download
Rent performance materials
When you buy a score, you can contact the composer right here!
Specifications
Region
Europe
Estimated Duration
6 - 10min
Date
2013
ISMN : 979-0-2325-0860-3
In Stock
Notes on this piece
Add to a playlist
The Years of Light is a piece which I have been waiting a long time to write, and on a personal level it represents a coming together of many strands of my creative life. The poetry of David Gascoyne has been an ongoing inspiration, yet this is the first piece in which I have set his words to music (other pieces include his poetry as a preface or refer to it through their titles). It was the paradoxical – possibly impossible – idea of trying to create or experience something 'more immense than the imagination' that first attracted me to the poem Lachrymae, which itself conveys a wonderfully vast sense of space. And by connecting the impersonal images of time passing - 'fires of unnumbered stars' and 'hourglass sand' - with our human tears, it also creates a strange impression of blurring subjective and objective realties, revealing the interdependence of the personal and the universal dimensions of life. In the end, I only set the opening lines:
Slow are the years of light: And more immense Than the imagination. And the years return Until the Unity is filled.

Yet, I hope the musical expression remains conscious of the entire poem, and maybe some day I will set more of it.
The almost constant presence of the note E is another recurrent strand in my music. Maybe it refers back to an old dream in which I ascended a spiral staircase high into the sky and plucked an infinitely long E-string? Or maybe the more mundane reason that when you play the violin the open E-string seems to ring on in the ear. In this piece though, it was simply the fact that the lowest note of the 'small harmonica in C' (which all of the players use) happens to be an E.

The harmonicas are another returning presence (ever since I bought a set of 12 – one in each key – as a substitute for wanting a Japanese Sho). And even though there is already a wonderfully rich ensemble available without them, it is their presence at the heart of the piece from which the main musical ideas emerged: the subtle emphasis of overtones above a drone; the ethereal high cluster achieved by blowing through a handkerchief; the 'hazy' intonation; the low pitch bend melodies; the high bird-like chirps... I'm not trying to emulate the precise sound of nature, but I do imagine them like a chorus of starlings, frogs or cicadas – singing, croaking, chirruping away day after day. It was around the sound-world that these instruments opened up that the music was able to grow into the piece you hear today. It is dedicated to my (at the time of writing) soon-to-be-born son, who must have heard a lot of harmonica experiments already in his first 9-months 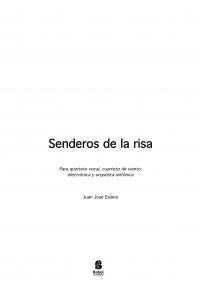 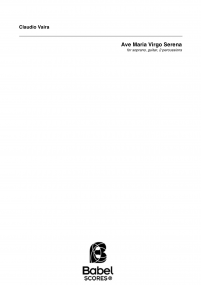