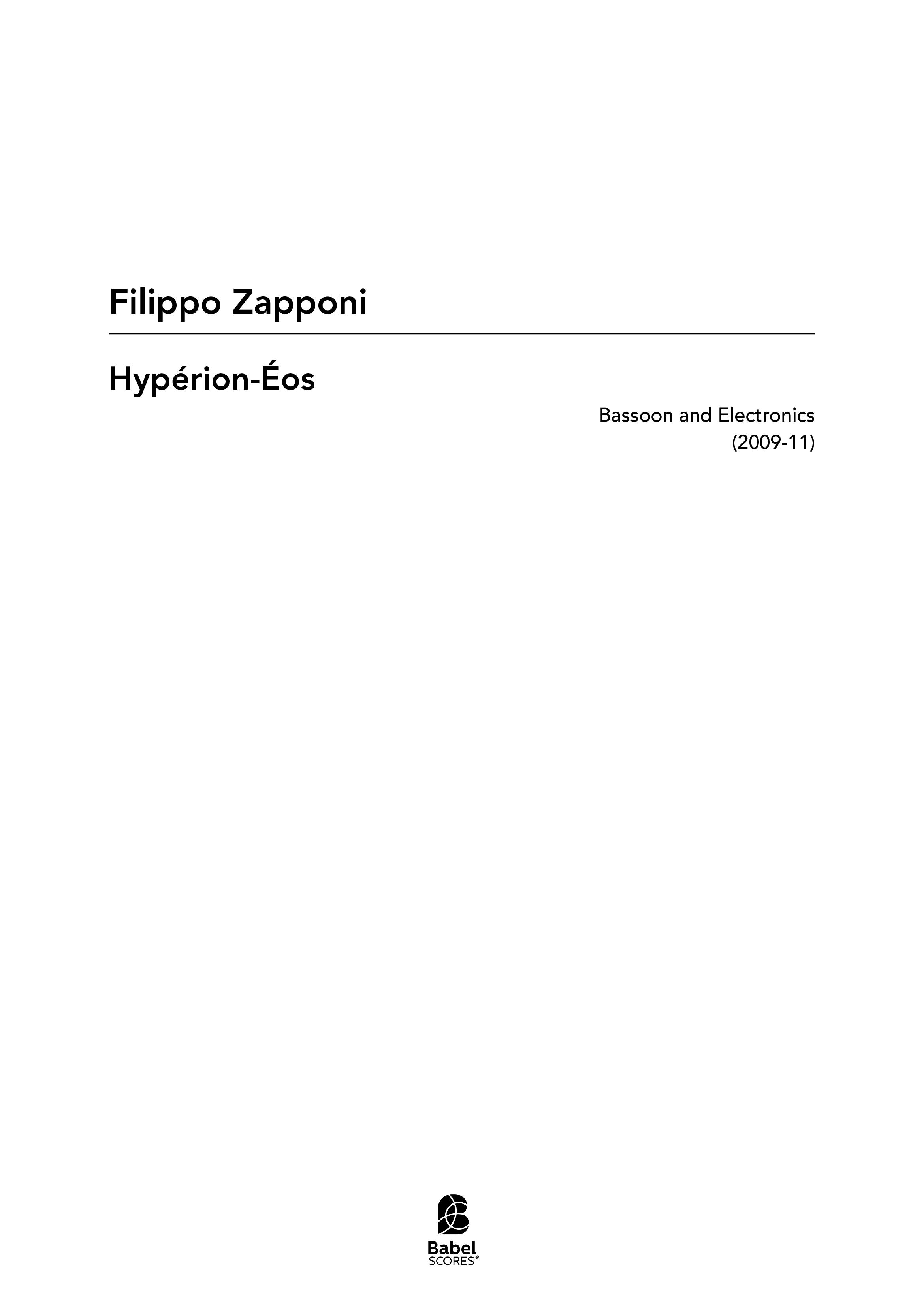 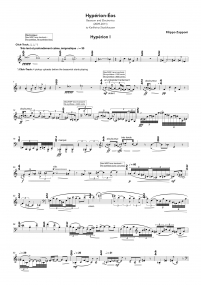 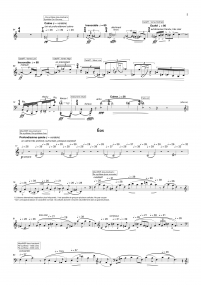 for bassoon and electronics

15,00 €
Digital version (+0,00 €) instant download
Buy performance materials
When you buy a score, you can contact the composer right here!
Specifications
Region
Europe
Estimated Duration
11 - 15min
Date
2011
ISMN : 979-0-2325-2086-5
Videos on this piece
Notes on this piece
Add to a playlist
Hypérion-Éos is a meditation on two poems of Hölderlin: Hyperions Schicksalslied and Der Frühling.

The first and the second sections, “Hypérion I-II” – the name evokes one of the titans of Greek Mythology – are articulated via three different “moments”: a leap toward the heights, a somber cry and a slow descent. The figure of Stockhausen is evoked through a short reworked fragment from one of his compositions.

The third section, “Éos” – “dawn” in ancient Greek and also the mythic daughter of Hyperion – symbolizes the desire to rise, a new light, a young sky that carries a profound peace. The slow and serene rising turns of the solo instrument radiate a superhuman calm, becoming at times almost expressive. The phrases unfold from a single core where sound and silence complement each other in perfect equilibrium. Near the end, on the surface of the slow ascending chant, emerges a recomposed fragment of a very early piece of ancient Greek music dating from 2400 years ago.

Hypérion-Éos is entirely developed from a synthetic and unifying “musical symbol” split into two parts, according to the dual nature of the piece. Despite their apparent antithetical nature, the two parts share subtle structural affinities.

In several passages, both in the electronics and in solo instrument part, identical laws rule time (durations) and “metaphorical” pitch space. Pitches and durations are therefore directly proportional.

The electronics erect the “walls of sound” that are bent by the solo instrument, and create an aura, a chiaroscuro around the bassoon sounds through different strategies of re-synthesis (using Max/MSP, Iana and CataRT).

The sections of Hypérion-Éos, while having been generated by the same materials, have significantly different lengths, creating a sloping and open form. In each of the two sections there lies a spark – a brief appearance – of the other: an attempt at balance.
Filippo Zapponi
Instrumentation
Bassoon
Fixed electronics
Recording
Bassoon- Jeffrey Lyman - Studio recording
Score Details
Format - A3 / Tabloid
Pages - 14
Similar Pieces 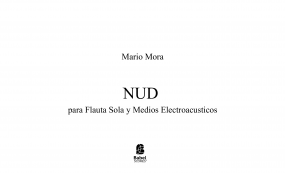 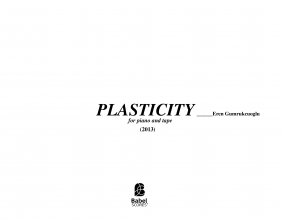 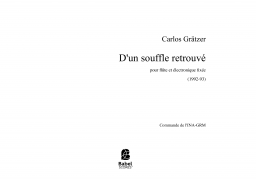 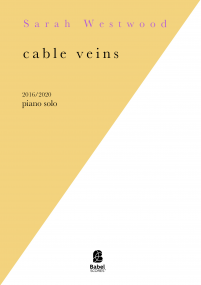