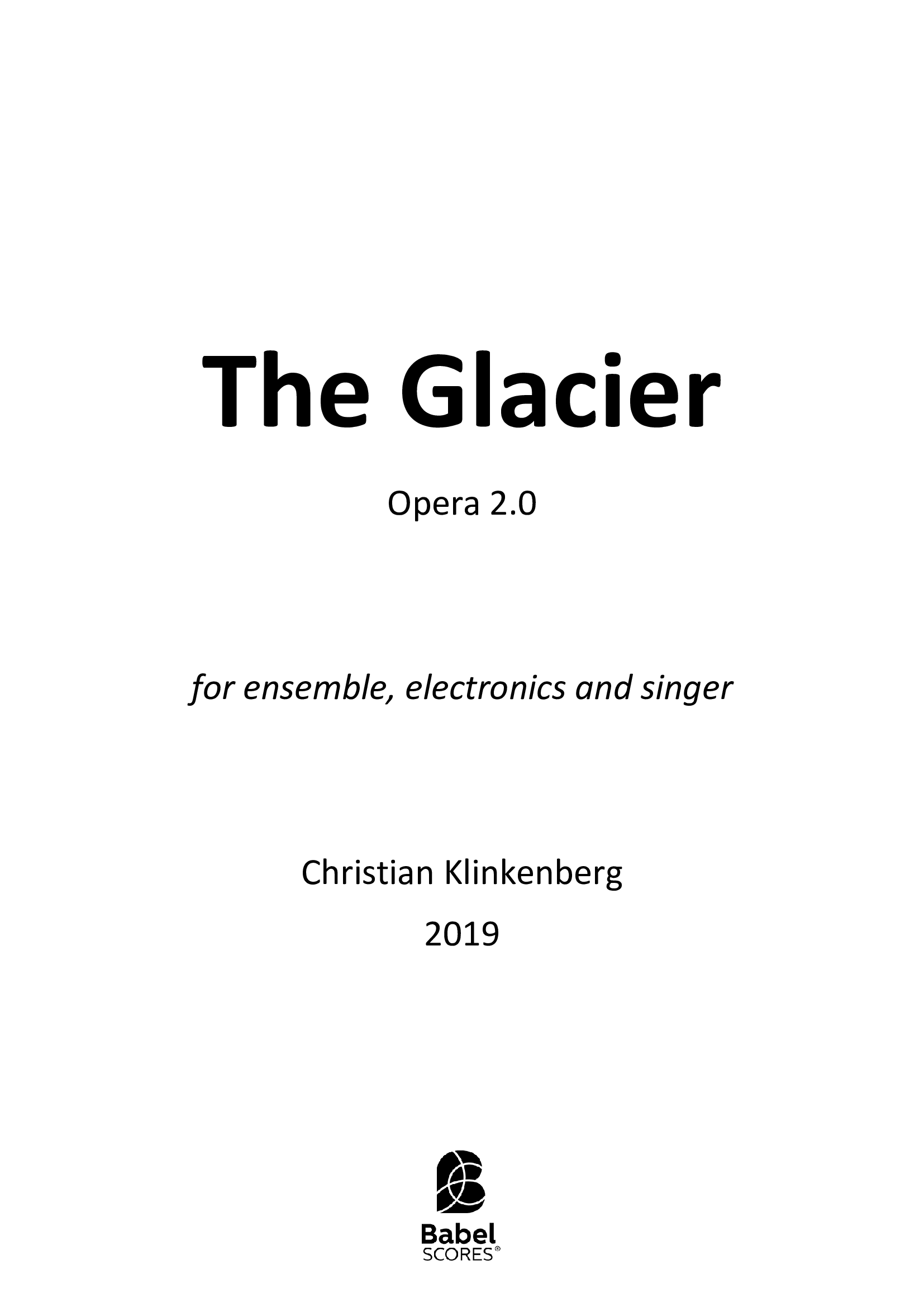 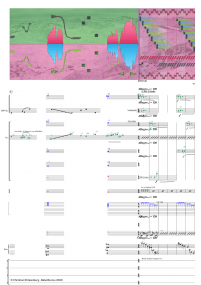 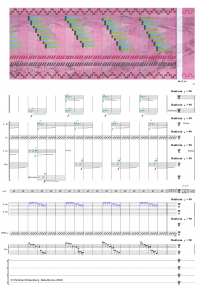 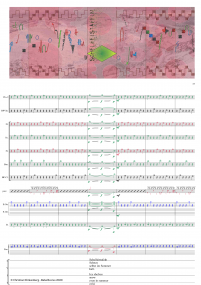 25,00 €
Printed format (+20,30 € printing and shipping). Colissimo7-14 days aprox.
Digital version (+0,00 €) instant download
Rent performance materials
When you buy a score, you can contact the composer right here!
Specifications
Region
Europe
Estimated Duration
60 - 90min
Date
2019
ISMN : 979-0-2325-4221-8
Videos on this piece
Notes on this piece
Add to a playlist
The Opera
New territory is tantalizingly available in practically all facets of this opera. First, the musicians will have abandoned sheet music in favor of a graphic video score that permits a much more intuitive style of playing, with fluent combinations of music styles, including avant-garde, music, jazz and rock. Second, the leading role is a „virtual“singer on a video screen. Third, some musicians perform on specially constructed musical instruments, designed to play in rare tuning systems. The results are unique melodies and newly imagined harmonies. Also, the visual aspects of the opera are blurring the lines between real and surreal. The thoughts of the protagonist are changing between life and projection, a virtual singer appears, … Even from a stylistic point of view, the opera isn’t conventional: the story line is frequently cut and mixed up. Sometimes the story is told in a radio play style, other times dance, video and performative play drive the story further. And last but not least: “The Glacier” is Christian Klingenberg’s second opera – Opera 2.0.
Plot
Full of bravery, the twins Max and Gabriel are climbing up a glacier. On the top, the beauty of nature takes their breath away. Their hearts are full of joy and hope as if their youth is never-ending and life limitless. Even as the ground starts to shake, one of them doesn’t lose his light-hearted feeling. But it only takes one wrong step, one unplanned move and Gabriel, the more impetuous brother is dead and Max, who remains alone, recognizes that life does in fact have an ending. The Glacier, once full of beauty and limitless joy is now cruel, dark ice. He desperately dismounts the glacier and time goes by. He travels the world as a glaciologist and 30 years later, he has to understand that the pain of losing is stronger than every mountain. Gabriel is still in every tree, in every mountain, wherever Max goes. Max soon loses his sense of reality and imagination and is searching for hope in a world full of fantasy. One day, he is back at the very spot on the Glacier where Gabriel died and makes a decision: He wants to rescue Gabriel’s body. But what he doesn’t know is that there is a creature in the mountains that is stronger and mightier than a human: a mountain phantom, who got sluggish in the face of a never-
ending life and who only finds joy in playing ruthless games with hikers. Every once in a while, one of those games ends in death, but that doesn’t bother the phantom at all. But somehow, Max isn’t just one of those hikers for the phantom. Somehow, he sees something else in Max. And just like that, the tables are turned.
Instrumentation
Flute|Clarinet|Bassoon|Percussions|Electronic keyboard|Baritone voice|Violin (2)|Double bass|Electronics|Electric Guitar|Alto Saxophone|Tenor Saxophone
Recording
Recording live 26 November 2019 (Eupen
Score Details
Format - A4 / US Letter
Pages - 132
Similar Pieces
Customers Who Viewed This Piece Also Viewed:
Fatum Hominis
Certainly the machine will wear out
search controls