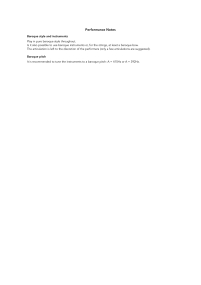 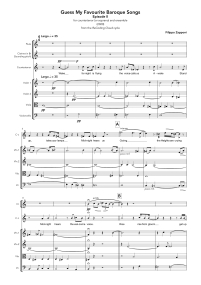 From the ReCoding Cloud cycle

The ReCoding Cloud cycle
ReCoding Cloud is a cycle of seven compositions/performances for soloist/youtuber and ensemble, recorded and broadcast on screen in the form of YouTube videos. The soloist of each composition also plays the role of youtuber.

The pieces of the ReCoding Cloud cycle are:

Guess My Favourite Baroque Songs
The Guess My Favourite Baroque Songs cycle arises from the observation that, by giving History enough time, curious musical contaminations occur spontaneously (or so it would seem). Here, Purcell’s ground bass resembles a Led Zeppelin riff that was later picked up by Bach; that Chopin piece is a Radiohead cover (all the YouTube experts agree); both Bach and the Beatles show preference for chromatic basses in F minor, etc.
But whether the similarities exist or not, and whether they are intentional or not, certain musical organisms seem to be genetically compatible, even if apparently very distant from each other. So why not cross these compatible organism – with a little double-coding – and give birth to new genetically modified musical creatures?
Basically, it is the ancient practice of quodlibet, a place par excellence in which to mix the sacred and the profane (a “mash-up” we would say today).

Episode II
Despite numerous explicit covers (Jimmy Page, Gainsbourg, NTM, etc.), many tenacious urban legends claim that other songs are derived from the Prelude in E minor op. 28 no. 4 by Chopin, even when similarities are only superficial (Jobim, Asaf Avidan), a bit like when in the Middle Ages all important facts were attributed to kings and saints.
The most interesting (and mysterious) points of contact between Chopin’s prelude and Radiohead’s Exit Music (For a Film) are not where one would expect them to be (the two chromatic bass lines have nothing in common), but rather elsewhere and are probably fortuitous. The prelude sometimes carries the apocryphal title Suffocation (Radiohead: “We hope that you choke, that you choke”); another apocryphal title of the prelude, originating from George Sand, mentions tears (Radiohead: “The drying of your tears”).
The two musical organisms, although different, are however genetically compatible and with a little engineering it is possible to hybridise them: other secret and unsuspected musical points of contact then emerge. The new hybrid organism naturally carries with it the traces of the temporal shock.
There is another famous text for music, also the origin of countless covers, which urges you to wake up, just like the incipit of Exit Music (“Wake…”): it is the hymn Wachet auf (1599). Combining the literal English translation of the hymn with Catherine Winkworth’s classic and poetic 1865 translation ("Wake, Awake"), and filtering them appropriately, a third text with a different meaning appears, in Radiohead style. 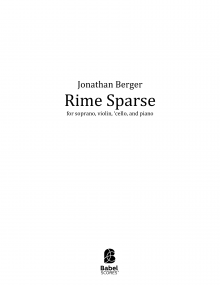 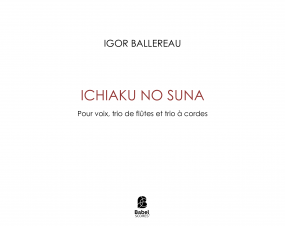