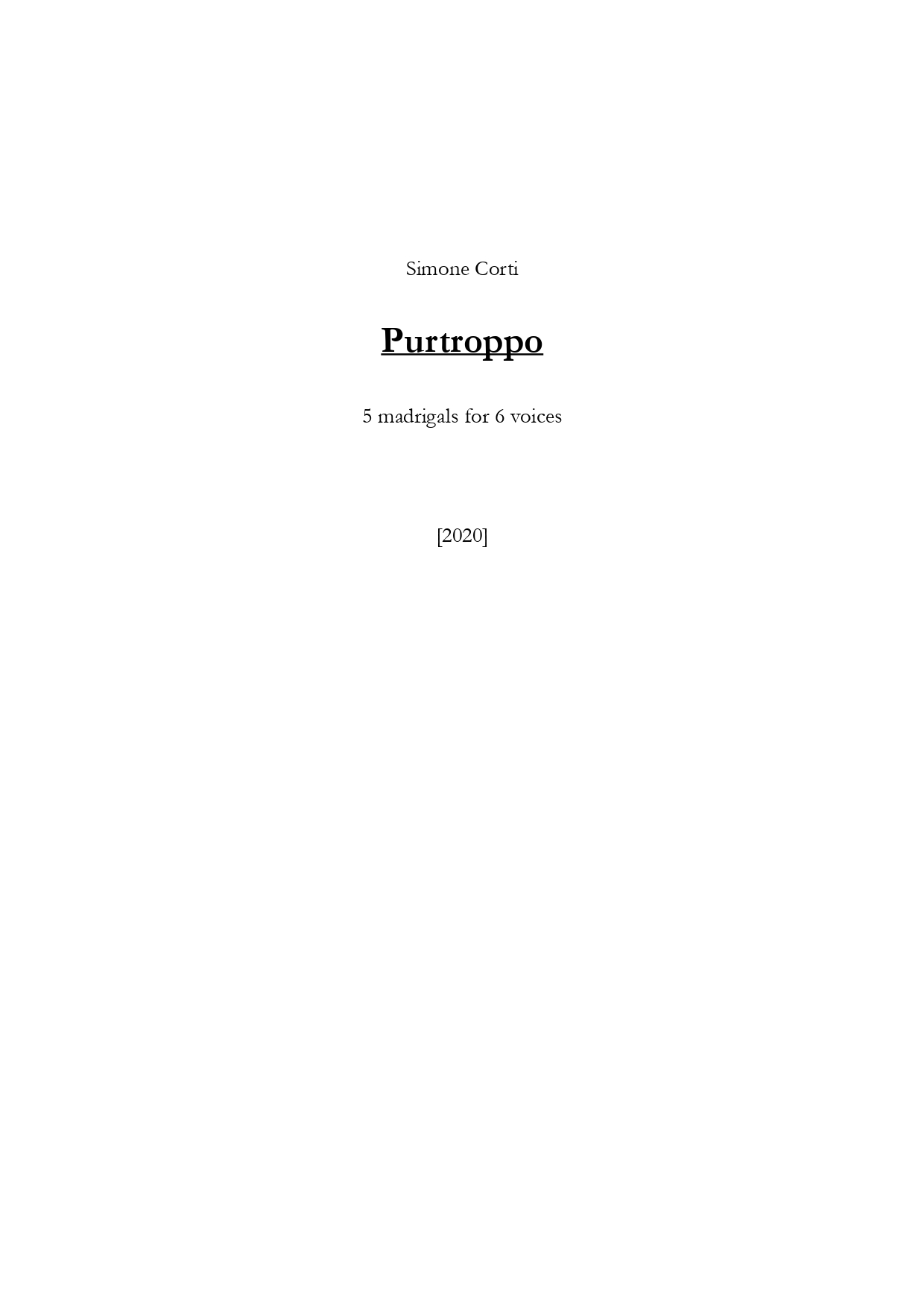 At the basis of the composition of these pieces is an ironic reflection on the way we now look at the art of the past, and how it can appear distorted if we filter it through the use of technology and artificial intelligence.

Are we really able to understand the deeper meaning of a work so distant from us in time, if we look at it through the filter of the internet? This is the question I started from, taking a possible answer to excess.

These five madrigals are part of a cycle called Purtroppo (Unfortunately), which consists of a reinterpretation of the texts and music of some madrigals around 1600.

The re-reading process is very simple: the texts of the original madrigals are replaced with new texts that are the result of an “exponential translation” done with Google Translate, i.e. passing through dozens of different languages before finally returning to the original language, Italian.
The result is a distortion of the text, at times ridiculous and full of double meanings, generated by the typical mistakes of automatic translators. The music also goes in this direction, playing with madrigalisms and relying on “wrong” interpretations of fragments of the original madrigals. 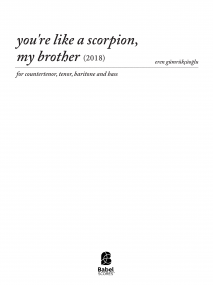 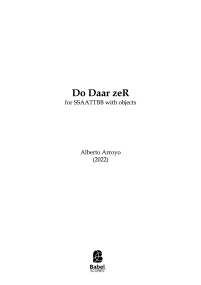