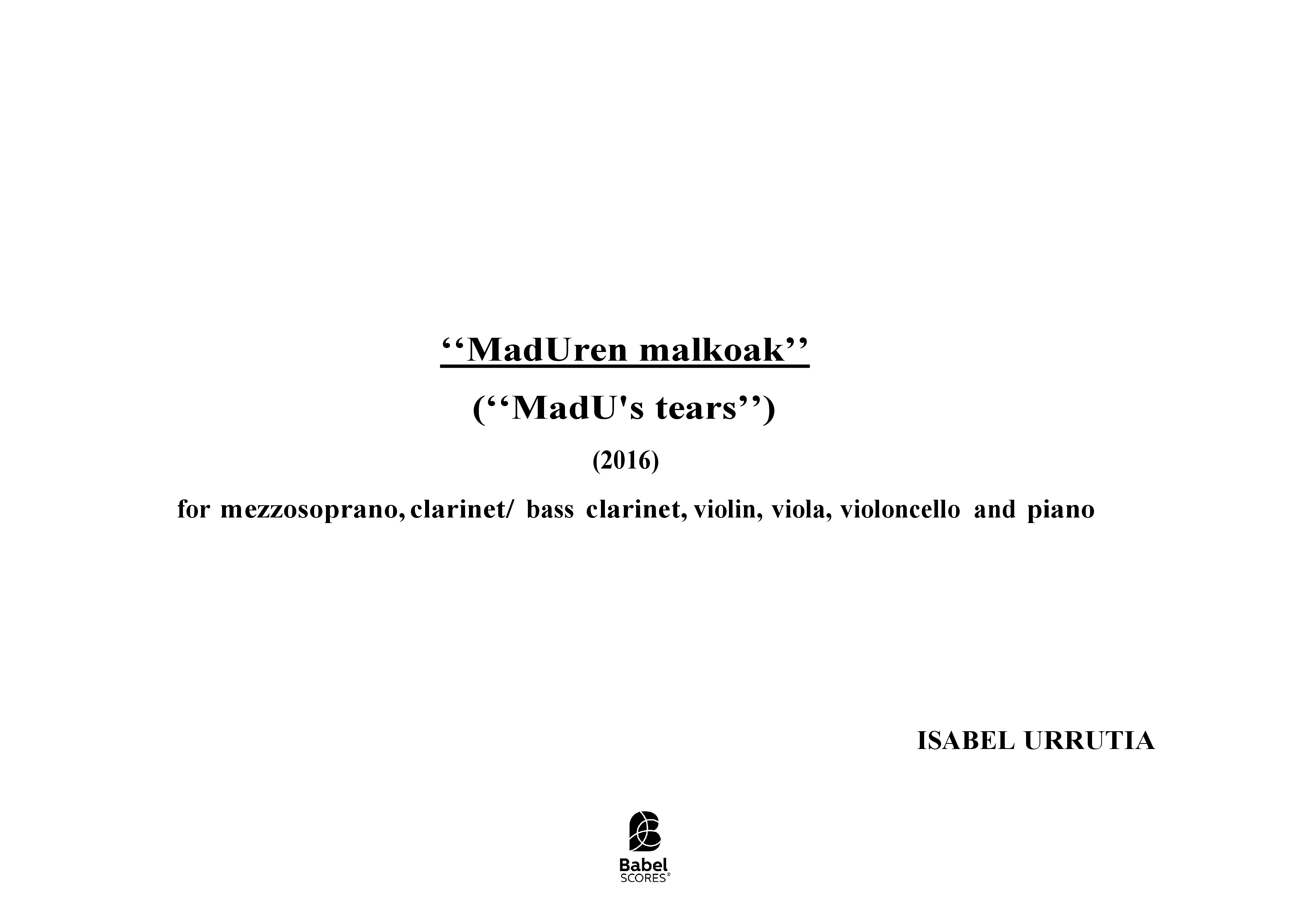 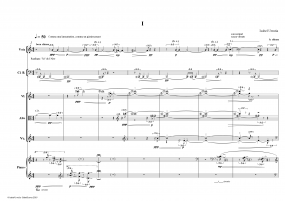 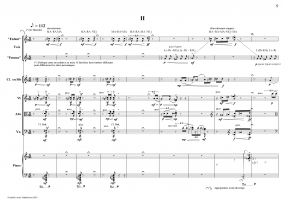 12,00 €
Printed format (+14,04 € printing and shipping). Colissimo5-11 days aprox.
Digital version (+0,00 €) instant download
Rent performance materials
When you buy a score, you can contact the composer right here!
Specifications
Region
Europe
Estimated Duration
6 - 10min
Date
2016
ISMN : 979-0-2325-3549-4
Notes on this piece
Add to a playlist
“MadUren malkoak”
(“MadU’s tears”) (2016) by Isabel Urrutia
This work is for mezzosoprano and ensemble.
The first movement is a slow one, where the voice has the leading role. The voice plays the role of a mother who is singing to her son. The role of the ensemble is to accompany to the singer and help her expressing different feelings: love, worry…
In the second movement the voice has to represent two different characters: a mother and her son, which are speaking between them.
To differentiate them, the mezzosoprano has to sing with a “white voice”, imitating a child and with the voice used in the first movement to play the mother’s role. To help distinguishing the two characters, the composer uses different registers and different syllables. Now, the ensemble has a more active role, sometimes doing imitations for the voice, sometimes without her, in a full of virtuosity writing.
The text used in all the score is written in a language which is invented by the composer.
Facebook LinkedIn Reddit Twitter
Instrumentation
Clarinet
Piano
Mezzo-soprano voice
Violin
Viola
Cello
Score Details
Format - A3 / Tabloid
Pages - 30
Similar Pieces 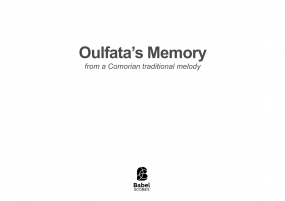