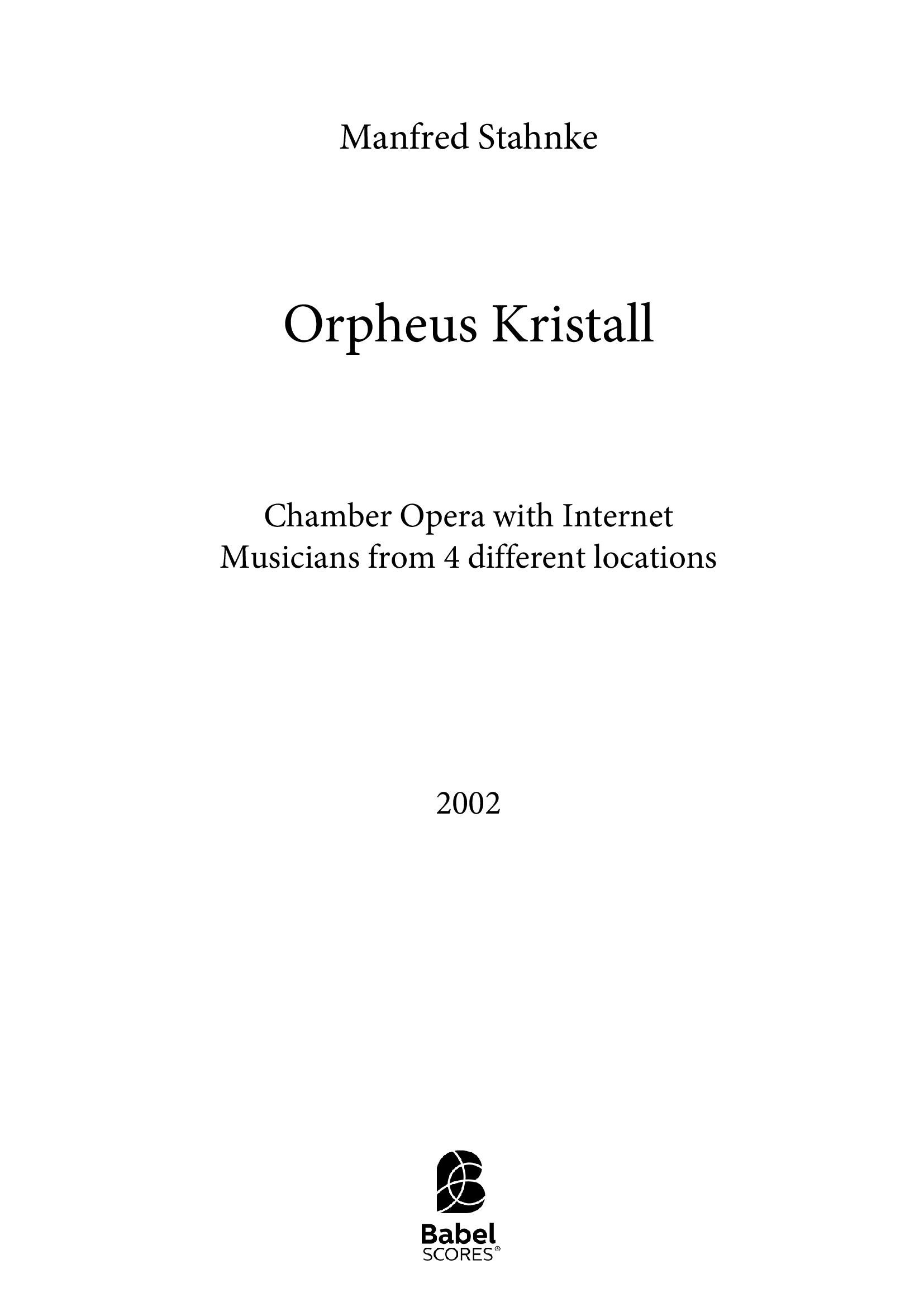 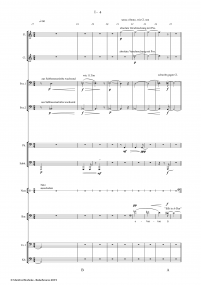 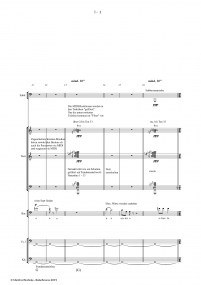 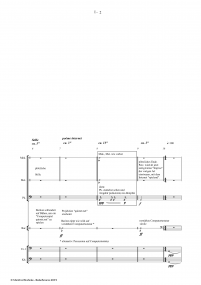 The "Biennale München“ commissioned this work from me for the festival 2002. I use the stage for 3 female singers: soprano, mezzo and alto, and one male singer, baritone. In the orchestra is situated a very prominent player, the percussionist, acting closely with the baritone, almost like his soul. The other players in the orchestra are winds and strings, playing in Just Intonation.
The external players who should be visible and, according to the score, also audible for the central performance via projection and speakers, hear this music from the singers and instrumentalists via the internet and react to it with their own music, commenting, enlarging, counteracting etc. They enlarge the small room of the stage virtually into a world-wide connection. For the premiere, these external musicians partly invited audiences to their own locations, getting images via internet from München. The world premiere thus comprised Amsterdam, New York, and Berkeley, California.
The basic idea is that "Orpheus“, as an architect and supposed-to-be master of the entity of his – or the whole – life, is confronted with the most heavy loss of his beloved, "Eurydice“. He evokes her in the course of the scenery in different characters, more or less oppressive ones, and at the end realises that his world lies in shreds.
Instrumentation
Flute|Clarinet|Percussions|Soprano voice|Mezzo-soprano voice|Alto voice|Baritone voice|Unspecified string instrument
Score Details
Format - A4 / US Letter
Pages - 312
Similar Pieces
Customers Who Viewed This Piece Also Viewed:
As if Making a Confession
Studie fur 19ton Trompete
search controls