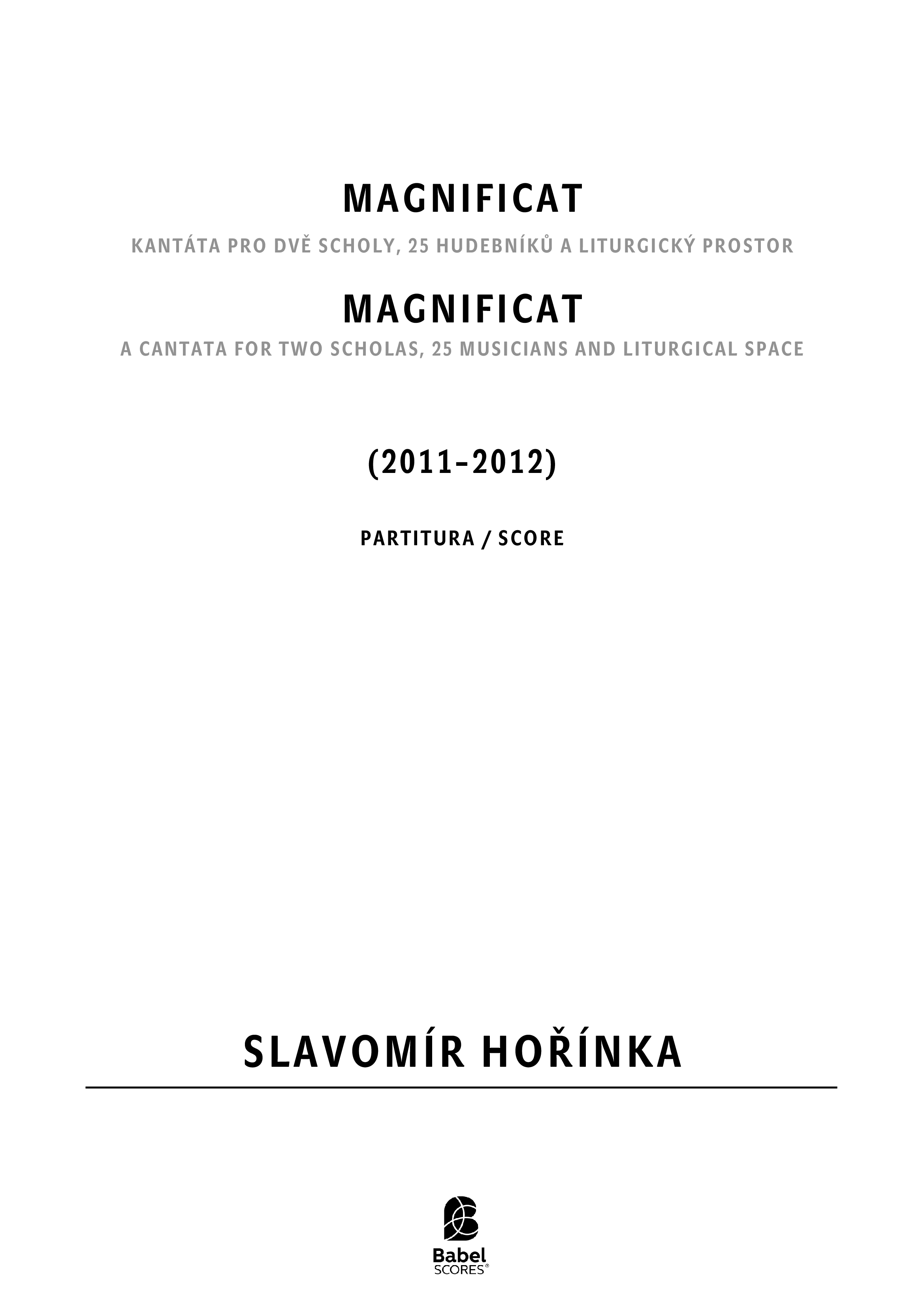 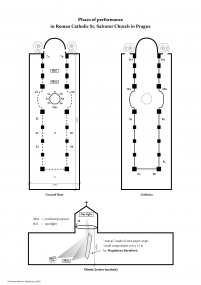 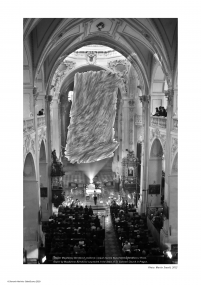 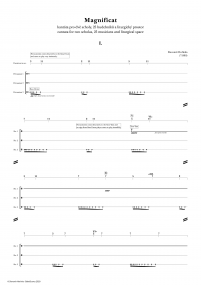 a cantata for two scholas, 25 musicians and liturgical space

20,00 €
Printed format (+21,40 € printing and shipping). Colissimo5-11 days aprox.
Digital version (+0,00 €) instant download
Rent performance materials
When you buy a score, you can contact the composer right here!
Specifications
Region
Europe
Estimated Duration
41 - 60min
Date
2012
ISMN : 979-0-2325-4716-9
Videos on this piece
Notes on this piece
Add to a playlist
This composition was created for the Berg Orchestra project entitled Marianum In an original fashion, it is intended for the Roman Catholic St. Salvator Church in Prague. The performance of the composition included an object by Magdalena Bartáková made from laminated paper (c. 6x11m) and suspended in the dome of the church. It was lit up by the setting sun and in the course of the evening it was also used as a projection screen for a shadow play. The Marianum project has been put together as a whole linked by discreet scenic elements inspired by the liturgy; therefore, putting it on in a diferent space and context requires the rethinking of all aspects.
The church is divided into 12 parts in which the musicians move according to the diagrams and instructions included in the score. All parts of the composition flow into the next without any interruption or pauses. The division into 12 parts can be understood as a structural aid to orientation.
Instrumentation
Flute
Oboe
Clarinet
Bassoon
Trumpet (2)
Horn (French Horn)
Trombone (3)
Violin (6)
Viola (3)
Cello (2)
Double bass
Viola (3)
Percussions (3)
Female choir
Male choir
Recording
recording is a kind of trailer
Berg Orchestra - Peter Vrábel
Tiburtina Ensemble - Barbora Sojková
Object from layered paper (6x11m) suspended in the dome created by Magdalena Bartáková
recorded on premiere 9.5.2012 in St. Salvator Church in Prague 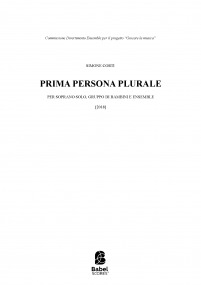