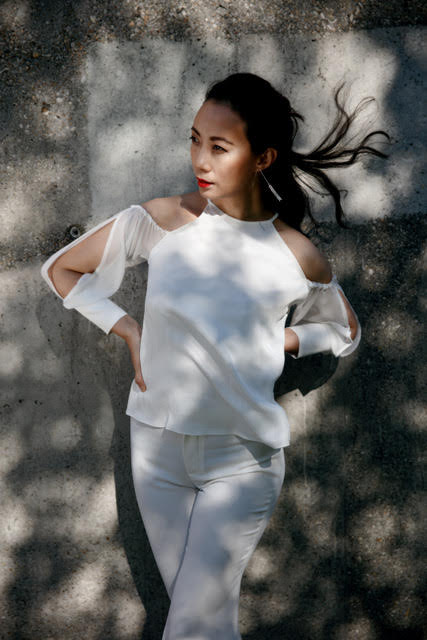 I live and form my identity as a contemporary composer from China with a keen and critical eye on the entanglements of politics, culture, society and technology and their consequences. I am looking for a contrasting and multidimensional combination of my three major tools: the traditional instruments of the European music and their extended techniques, the critical examination of my Chinese heritage and the current possibilities of electronics. In my music I transform the world of today, its crises and tragedies, as well as its beauty and diversity - there is screaming criticism and delightful admiration for this world in my music.

In her compositions, Ying Wang deals with topics such as environmental pollution, global social grievances, political persecution and human relationships with technology. Coming from Shanghai she first went to Cologne and then to Berlin. She established herself as a composer who critically reflects and rethinks chamber and orchestral music. Her original homeland China, as well as her new one in Berlin, form a contrast that is thematically and musically part of her works.

“Dis-A-pearance” for the Blackpage Orchestra has just been completed, pieces on current political issues such as isolation or freedom of expression are in the works, as well as “Copyleft” for the Quartour Diotima, “Bin” for aluminum cello, video and electronics with Frances-Maria Ultti, a new orchestral piece for the Philharmonie Essen and a chamber opera on the subject of human trafficking for the Freiburg Theater and the SWR Experimental Studio Freiburg.

In her work she is always looking for new links to other media and arts, such as dance, video, digital art, light, visual arts and performance.

In 2013 she was awarded the Giga-Hertz Prize and the composer prize of the 5th Brandenburg Biennale. In addition to the IEMA scholarship in 2009/10, she received other scholarships from the Experimental Studio of the SWR, the Federal Ministry of Vienna and at the suggestion of Peter Eötvös from the Herrenhaus Edenkoben. In 2014 she won the 35th Irino Prize for chamber orchestra in Tokyo. In 2015 Deutschlandfunk invited her as “Composer in Residence” to the “Forum Neuer Musik” festival in Cologne. In 2017 she received the Heidelberg Artist Prize. In 2020 she received a scholarship from the German Academy in Rome.

Ying WANG completed her composition studies with York Höller, Rebecca Saunders and Johannes Schöllhorn and she studied electronic composition with Michael Beil. In 2010 she completed a master's degree in contemporary music at the Frankfurt University of Music and Performing Arts as part of a scholarship from the International Ensemble Modern Academy (IEMA). In 2012 she took part in the Cursus de Composition et d’informatique musicale / Ircam Paris. 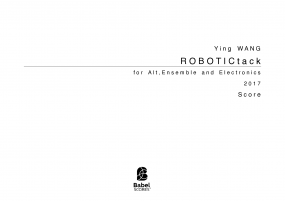