He is a Professor in Harmony, Counterpoint and Musical Morphology from the Faculty of Fine Arts at the National University of La Plata, Argentina. Then, he holds a Graduate Diploma in Contemporary Music in Composition with New Technologies from Superior Music Conservatory Manuel de Falla, Buenos Aires, Argentina. At present, he is attending a postgraduate degree in Arts Sounds at National University of Tres de Febrero, Argentina.

Since 2005, he has been composing works for soloists, chamber music, ensemble and orchestra. Has participated in national festivals and contemporary concert seasons. Has also received special mentions of his compositions, and several of his works has been selected in national competitions of composition.

In 2022, wins the First Prize at the National Competition Composition of Ensemble ArtHaus 2022, with his work “Espectral” for eight instrumentists. Work selected to integrate the catalog of BabelScores.

Since 2006, he has been the professor of Technical Elements of Music III and IV. These two regular and consecutive courses focus on musical languages of Romantic and the 20th-century Music Periods respectively at the Music Conservatory of the city of Bahía Blanca, Buenos Aires, Argentina. Since 2011 and 2014, he has taught workshops of Composition and Tango ensemble at the same institution. 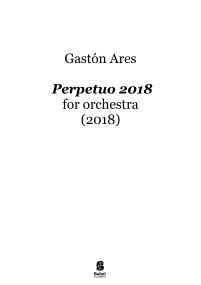 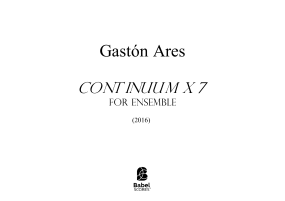 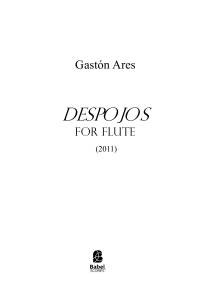